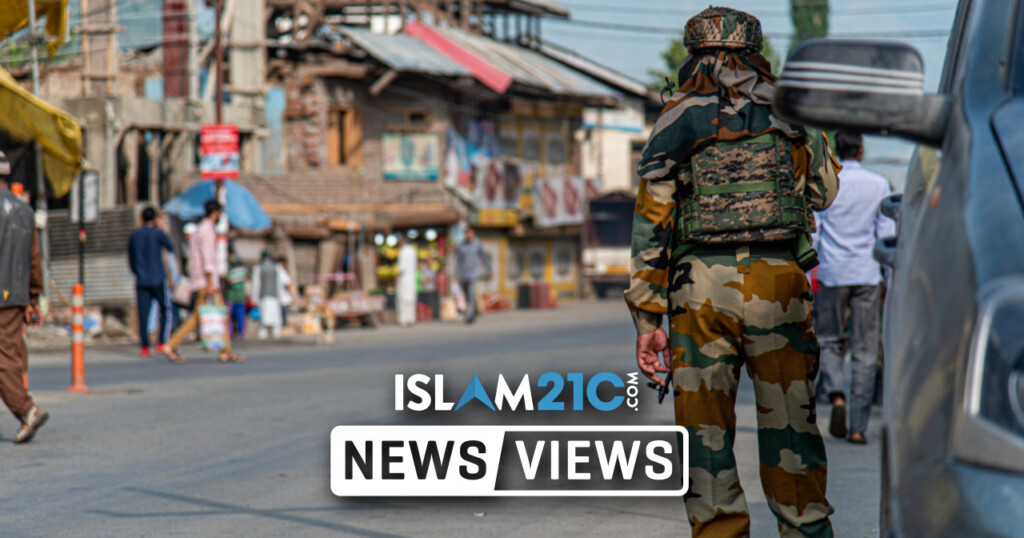 The Indian government has updated its law to allow any Indian citizen to buy land in Jammu and Kashmir.

The controversial bill has sparked criticism of what human rights activists are calling a Hindu “land grab”.

Before the ruling, non-Kashmiris were required to live in Kashmir – India’s only majority-Muslim state – for 15 years before being able to apply for land ownership, thereby keeping demographic change slow and stable.

An official statement issued on Tuesday by the Indian government stated that the requirement of “being a permanent resident of the state” as a condition had been “omitted”, clearing the way for non-Kashmiri Indians to purchase land in the Himalayan region.[1]

With this recent change in legislation, the Muslims of Kashmir are at risk of gentrification, and the volatile region is at risk of even greater racial and religious tensions.

The move has been strongly criticised by human rights activists as a part of the steady stripping away of rights from Kashmiri people. The new law is expected to accelerate demographic change as the Indian government executes its plans to move hundreds of thousands of Hindu Pandits who left Kashmir in 1989.

Khurram Parvez, a leading human rights activist from Kashmir, said: “It is clear that the main agenda of the ruling Bharatiya Janata Party (BJP) is to conquer more land and change the demographics in Kashmir.”[2]

“The fears and allegations of the Kashmiri people have been proven correct,” Parvez added.

Reyaz Ahmad, a Kashmiri political analyst, said: “The decision to take the 1.3 billion people in India into our country is a leaf out of the Israeli settlement model to change the demographics of Muslim-majority Kashmir.”[3]

Mehbooba Mufti, president of India’s PDP (People’s Democratic Party), said the new law was “yet another step that’s part of nefarious designs to disempower and disenfranchise people of Jammu and Kashmir.”

Mufti added: “From the unconstitutional scrapping of Article 370 to facilitating the loot of our natural resources and finally putting land in Jammu and Kashmir up for sale, such brazen measures reinforce the need of people of all three provinces of Jammu and Kashmir to fight unitedly.”[4]

Local and federal government officials said that the latest amendments to the land rules are part of the Indian government’s policy to apply all Indian laws that were not applicable for about 70 years.

“Amendment to land laws is a crucial part of structural changes being made in Jammu and Kashmir,” a senior Home Ministry official said on the condition of anonymity, “The region should be governed like any other part of the country.”[5]

Up until 2019, the regions of Jammu and Kashmir had some degree of autonomy, controlling rules about residency and land ownership.

However, in August 2019, India’s government, led by the ruthless Prime Minister Narendra Modi, sparked widespread protests as it scrapped the region’s decentralised authority. The change came as part an initiative to further expand the government’s unilateral powers.

Modi’s government had earlier expressed its intention for a one-size-fits-all policy that would implement uniformity in rules and governance across the immensely diverse and varied population of India.

Authority over the majority Muslim region of Kashmir is claimed in full by both India and Pakistan, both of which have a military presence in the area. For decades, the region has been in continuous tension, hosting two of the three wars fought between Pakistan and India since Pakistan’s independence in 1947.[6]