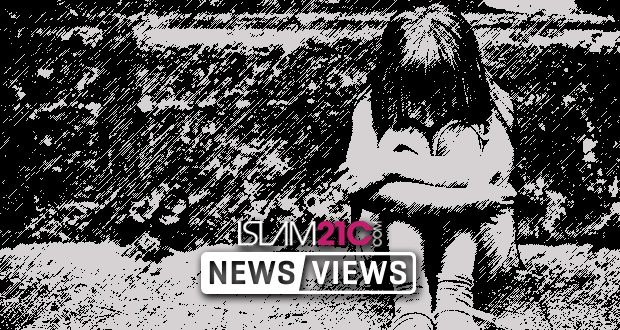 Sexual offences between children in England and Wales are on the rise according to an investigation by the BBC.[1]

32 out of the 43 police forces revealed that rapes between under-18s also rose 46% from 1,521 to 2,223 in the same period. This corresponds to six reported rapes per day by children against children—one every 4 hours.

31 police forces revealed that sexual offences on school premises likewise increased 139% from 386 to 922 in the same period, including a total of 225 reported rapes on school grounds over the period.

It is worth noting that the above statistics are not even from all 43 of the police forces, and inevitably not all incidents are reported to the police. In fact, the BBC investigation suggested that many victims were discouraged from reporting to the police and even obstructed by systemic and legal obstacles.

“We are dealing unequivocally with the tip of the iceberg.”

Due to the majority of news attention going towards crimes commited in extraordinary circumstances—such as when the perpetrators are from a minority or possess some other sensationalist capital—everyday crimes committed particularly against women across the UK are scarcely reported, leading to the impression that they are not that widespread.

The Office for National Statistics (ONS) reports,[2] for example, that in the most recent full year reported ending March 2015, there were 88,106 police-recorded sexual offences, an increase of 37% from the previous year. That equates to an average of over 241 sexual offences every day.

Research commissioned by employment law specialists Slater Gordon revealed that sexual harassment is also “rife in the workplace”, with 60% of women reporting a male colleague behaving “inappropriately” towards them, 21% classing it as persistent; with one in six women saying they had been forced to fend off a colleague who forced to kiss them, among many other shocking statistics. Worse attitudes are reported in universities where many have tried to speak out against the increasing “rape culture” at Britain’s top universities.[3]

Violence against women in general is also reportedly increasing year on year, with an average of two women being killed by a partner or ex-partner every week, and domestic violence accounting for 16% of all violent crime.[4] The police reportedly receive 100 calls pertaining to domestic violence every hour.[5]

Since prejudicial media coverage tends only to give front page coverage to such crimes when committed by apparent or implied “foreignness” (when it is categorised as “honour” abuse or other such absurd terms), the average member of the public does not get an accurate idea of the landscape and the danger posed to women by some men of all backgrounds.

Such a skewed view and contempt for statistical significance in reporting is what fuels many people’s overreactions to systemic and institutional safeguards organisations and societies put in place to protect people from not only from direct harm but also from false accusations, which also ruins lives and in some cases leads to suicide.[6] This explains why there is often more of a media storm over sex-separation at Muslim schools (which is given the loaded term “segregation”) than actual routine abuse against women.

Whether it be separating boys and girls at critical times in their development, prohibiting two colleagues of the opposite sex being in closed-door meetings, and so on, an open-minded person armed with facts and statistics is more likely to appreciate the wisdom behind prioritising prevention over cure, particularly for potential crimes that end up with the judicial nightmare of one person’s accusation against another without witnesses.

It is a shame then that people tend to let hysteria and phobia prevent them from considering let alone enjoying wisdom.