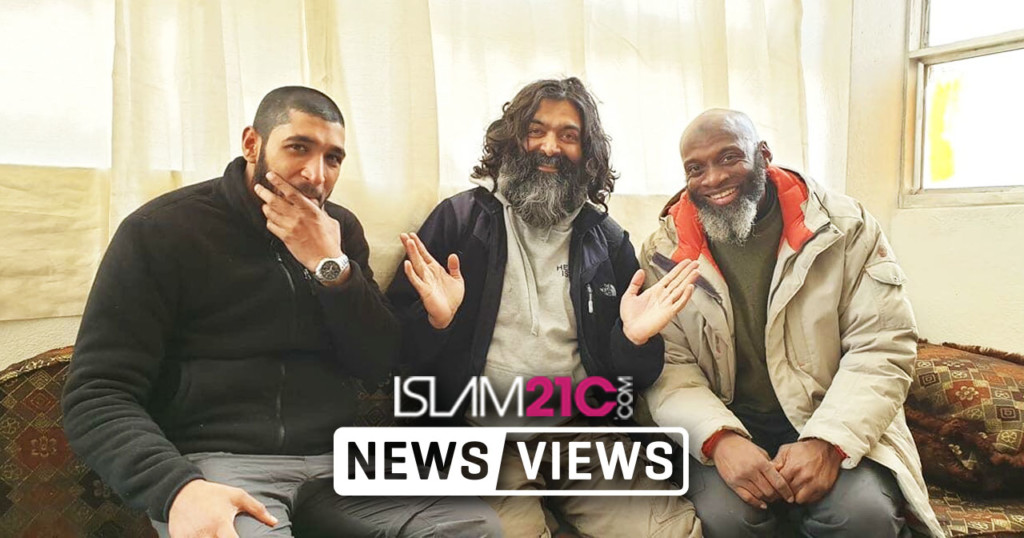 A British aid worker who was kidnapped by an international criminal gang in Idlib province has been rescued as the rebel group, Hayat Tahrir al-Sham, destroyed the criminal network and arrested his captors.

Mohammed Shakiel Shabir, a humanitarian aid worker from Birmingham, was kidnapped at gun point in November 2018 and was held for two months as his kidnappers demanded a $4 million ransom.

Shabir became an aid worker in 2009 when he joined the Viva Palestina Convoy that journeyed to the occupied Gaza Strip in the aftermath of Israel’s vicious Operation Cast Lead military offensive that killed over 1,400 Palestinian civilians.

In 2011 Shabir travelled to Syria at the start of the popular revolution against the regime of Bashar al-Assad and through his work in helping out Syrian civilians became a charismatic and popular figure.

Shabir continued to work in Syria as the revolution evolved into a fully-fledged civil war due to the regime’s incessant violent attacks against peaceful protestors and devoted his time to the “people of Shām”.

However, as Shabir’s profile became popular it seemed likely that malign forces looking to profit from the conflict would target the aid worker in order to earn money.

On November 2018, a gang of criminals abducted Shabir at gun point in the northern province of Idlib and demanded a ransom of $4 million in Bitcoin.

According to Shabir, the gang was made of Chechens and a few Syrians who were known to travel around the province and conduct a “reign of terror” where they kidnap members of wealthy Syrian families and are known to make millions of dollars in Bitcoin by relying on an international network of Banks across Europe.

When he learned that some of his kidnappers were those he had tried to help out, Shabir said:

“I was shocked. Among them were Chechens I’d helped and supported previously. I’d given them food, loans, and even offered them a bed for the night. To be repaid in this way has shaken me. It’s a betrayal of trust.”

Shabir said the experience was horrific and that during his detention he was tortured, electrocuted, drugged and beaten, during which his right foot was broken and left untreated. Often times he was denied food and water and was continuously shackled.

On January 11th, however, the rebel group HTS, who control large swathes of Idlib province, were alerted one evening to an incidence in which the gang attempted to kidnap a 15-year-old boy.

Fortunately, the boy was able to escape and reported the incident to HTS units nearby who were able to capture two members of the gang and extract information regarding the whereabouts of Shabir.

After questioning the two members, HTS units were taken to a remote house in the countryside where Shabir was being held.

Upon surrounding the house to prevent the kidnappers from escaping, the rebel group launched a rescue raid and after an intense altercation, were able to find Shabir and free him.

“I was dazed and thought I was dreaming when someone shouted my name. I had previously had dreams of being rescued and I thought this was another,” Shabir said upon being rescued. “It took a few moments to realise this was for real,” he added.

A video released by HTS shows the dramatic night time raid in which members of HTS are seen escorting the kidnappers out of the house before finding Shabir shackled in a dark room looking dazed and confused.

Upon his rescue, Shabir and his rescuers could be seen laughing and embracing each other in what would be the end of his terrible experience.

The kidnappers, according to HTS, will be put on trial once all members of the gang are rounded up and detained.

“It was a wake-up call for me and an opportunity to assess my life and my work,”[1] Shabir said when asked about the experience. Pointing to a small copy of the Qur’ān he was holding, he said “this is what got me through everything.”

When asked if he would be leaving his aid work and returning back to the UK, he replied “No way! I am more determined than ever to continue working in Syria for the people. Nothing is going to stop me.”

Mashallah I believe he really is a person that Allah Swt loves! His story is brutally inspiring, I am still soaking it all in!

I have known Shak for close to 10 years he is a my older brother who I have learnt so much from. A person who is one of the most hardworking people I know.

After all he has been through he still had the courage, grit and resilience to Say ” I will never leave Shaam, I will work a million times harder than I ever did. Allah Swt has given me a second chance” A lesser man would have tapped out and said enough.