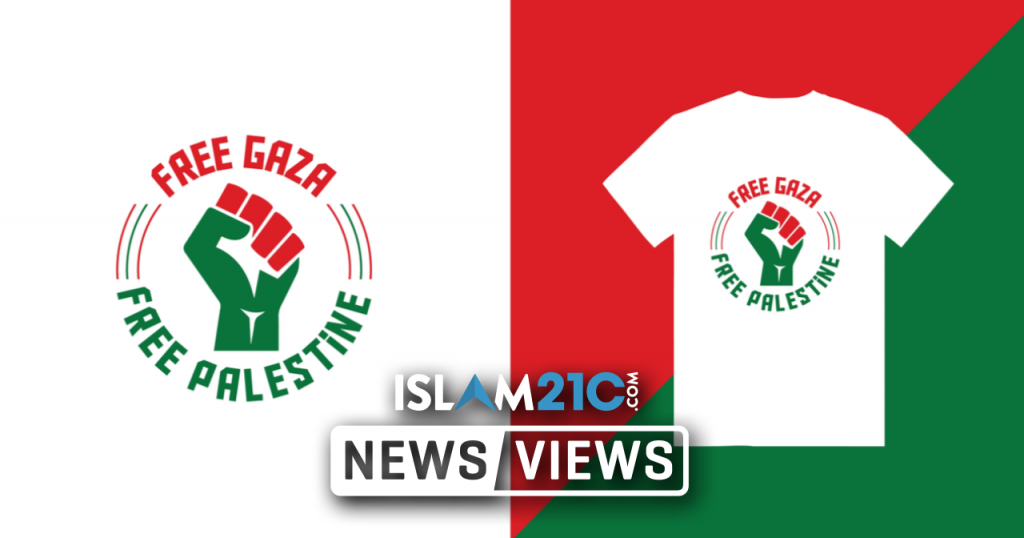 On Monday, Amanpaul Dhaliwal, the managing director of Islam21c, was barred from entering Her Majesty’s Passport Office (HMPO) in London due to simply wearing a “Free Palestine” hoodie. The attire apparently triggered the offence of another citizen who was already in the building. Mr Dhaliwal had a routine appointment at the location, as he was scheduled to renew the passports of both himself and his children.

It is understood that upon attempting to enter the government building, which serves the population of London and its surrounding counties, Mr Dhaliwal was told by a clerk that another customer had complained regarding his choice of clothing. The Islam21c director subsequently raised the issue with the Passport Office representative, seeking clarification on the matter and expressing his sense of bewilderment at the situation. Mr Dhaliwal, who had gone to the HMPO in order to renew his family’s passports, was met with firm opposition, as not one but two members of staff told him that it would be best advised for him to remove the offending piece of clothing.

Mr Dhaliwal explained that this would not be the best solution, and as a thought experiment, posed the following query: where would the line be drawn then in future cases? One of the customer service advisers relayed that the complainant had suggested a what-if scenario: what would be the case if someone entered while wearing an ISIS-related piece of clothing, or if the image of a swastika was brandished on a person’s clothes? Mr Dhaliwal logically argued that those two examples have no relation to his top, which prominently has “Free Palestine” written on it, with the Palestine flag drawn on the right of the text.

After this amiable discussion proceeded for a few minutes, Mr Dhaliwal sought to confirm where the authorisation for his entry ban to the building came from. The staff members were asked to seek clarification from their line manager or supervisor in charge. Although the clerk initially said there were no managers on the upper floors, they later changed the wording of their response. They suggested that there were indeed senior staff members present, but they were at the moment attending a meeting, and ultimately were unavailable. After the member of staff had spoken to their manager and confirmed that the decision to prevent entry was not made by a person above his grade, Mr Dhaliwal made a reasonable proposal. He suggested that instead of being asked to remove his top, a simpler and more amicable solution would be to permit the complaining member of the public to be served first, where they would then leave in due course. Thereafter, Mr Dhaliwal could enter and be served.

Mr Dhaliwal later pointed out to the staff member that forbidding entry whenever a person takes offence at the support for a cause – such as that of Palestine – is a dangerous precedent. The imposition of such entry standards may in fact go beyond what is to be reasonably expected of members of staff. Mr Dhaliwal made the point that if there was an open and illegal expression of support for terrorism or groups such as ISIS, this would actually be a matter for the police to investigate in the first instance. However, at present, having “Free Palestine” written on one’s clothes is absolutely lawful. If other members of the public take offence to this, they have the legal right to feel this way. But this should not be used as a pretext to prevent others from expressing alternative views.

“I will be formally complaining to Her Majesty’s Passport Office to ensure this doesn’t happen to anyone else. I strongly encourage more people to wear clothing displaying similar messaging to ensure UK institutions get used to our call and so that Muslims do not feel threatened by those who seek to shut us down.”

The above example is a clear case of discrimination against individuals who express support for the Palestinian cause, and one that warrants an urgent call to awareness. One may also draw similarities to the recent case at Rochdale’s Oulder Hill Community School, where a Year 7 pupil was harangued by teachers when he walked into his school while wearing a “Free Palestine” facemask. [1]

A duo of teachers proceeded to harass the young boy, demanding that he keep politics out of the school environment. Immediately after warning the pupil to keep political affairs out of school boundaries, one of the members of staff ironically asked the boy, “…what are your political views? Share them. Let’s hear them. What are they?” The other teacher then belittlingly retorted, “Do you actually know anything about it?” [2]

In addition to the example of discrimination faced by the managing director of Islam21c and the recent Northern high school case, there is also the current fallout being felt by the British conglomerate Unilever and its subsidiary Ben & Jerry’s. The ice cream company recently announced that it would pull out of the occupied territories due to ethical concerns with respect to East Jerusalem and the West Bank. Among these concerns is the continued encroachment of Palestinian lands by over 700,000 Israelis since the 1967 conflict. [3]

In the case of Ben & Jerry’s, Israeli Prime Minister Naftali Bennett has responded hysterically to the development. While the Israeli media has been fixated on the story in recent days, the rest of the world has been aghast at news of the Israeli cyberarms firm NSO Group, which has sold its Pegasus spyware to numerous authoritarian actors around the world. [4]

This case with the managing director of Islam21c was a clearcut case of discrimination. However, as can be noted from his later discussion with the relevant staff member, a friendly conversation diffused the situation and raised awareness of the contentions that can arise when political views concerning humanitarian conflicts are espoused.

Drawing from the aforementioned examples, it is thus essential that civil servants and public institutions stay in their lane. They can achieve this by respecting the right to expression and ensuring that they do not overstep their respective authorities. This is regardless of whether they are police officers, health professionals, representatives of HMPO, or any other public service centre or institution.