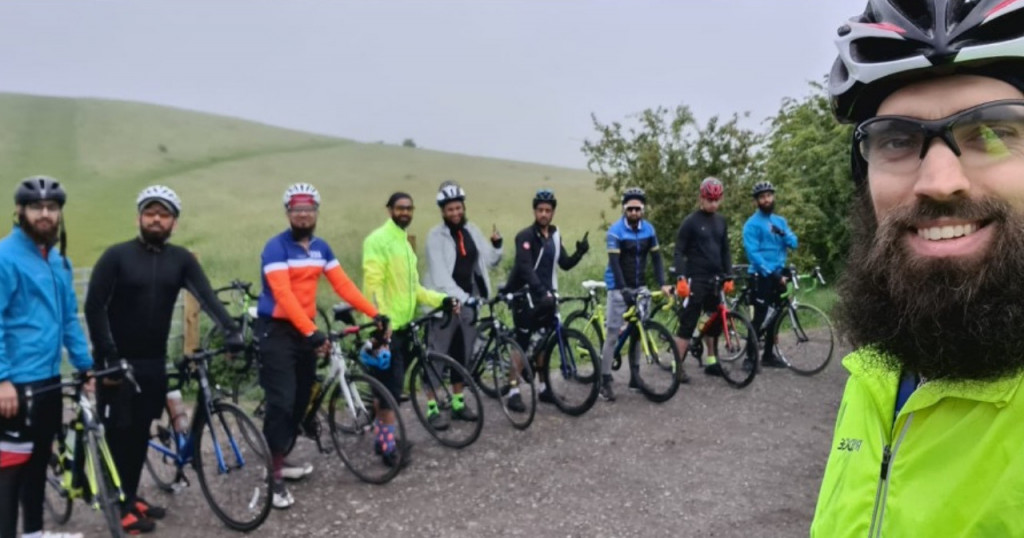 When it was being discussed in WhatsApp groups, it only seemed like a great idea. Now, the daunting dream has materialised into reality, as we train ourselves and our bikes to become the first (known) Muslim cycling group to face the NC500 challenge for Gaza.

So, what is the ‘NC500’? It is, in essence, Scotland’s answer to the infamous ‘route 66’ in America. You may have a look at any tourist website to see what I mean. But the biggest difference between the two routes is the unpredictability of the Scottish weather! The other key point of variation is the incredibly mountainous terrain, especially in the highlands. There is only a small chance that you can ACTUALLY navigate throughout this terrain in a sensible fashion without getting blown away by the winter storms that rage against the most northerly point of Mainland Britain. In other words, the NC500 is a 500 mile route with over 30,000 feet of elevation, all of which follows the wild Atlantic coastline. One must trek through some of the most rough and tough terrain our island has to offer. Furthermore, we will be doing THAT on bicycles…while also sleeping in tents!

So now on to the team:

It is not the first time that the AICC (Al-Imaan Cycle Club) has taken the initiative to do something so ‘maverick’. In 2015, the club started organising challenge rides from London to Paris, where it both planned its own events and supported others to complete cycling charity initiatives. It was in 2017 when they planned and executed perhaps the most daring and rewarding challenge of all: riding from London to Madinah to perform the Hajj pilgrimage. AICC was the first Muslim cycling club to complete this remarkable task with a dozen riders. After that epic feat they continued holding shorter ride programs, which included trips from London to Paris, Manchester to London, and other destinations for the following years. A few random events like the National Three Peaks Challenge were added to their itinerary at that time. For many years, charity cycling groups have been looking further abroad to create challenges that inspire and push one’s personal limits. However, the recent lockdowns and travelling restrictions have forced us all to stick within our national boundaries. The question was how we could achieve better fitness, raise more funds for great causes, and increase the spirit of brotherhood in light of such restricted circumstances. In response to such challenges, the NC500 was born.

The craziest thing about our current team is that we have members as young as 20, while also being blessed with the company of an esteemed elder brother who nearly reaches 2.5 times their age at 52! Yes, one of the team’s riders is 52 years old! Also, he is not the weakest rider by far, mā shā’ Allāh.

As it is our first time trekking this route, while also sponsoring ‘corona bellies’ (we are not as fit as we once were), we have decided to take 5 days to complete this route. This means riding 100 miles a day over the mountains, through the passes, and around the rough rolling coastlines. It is a challenge of a lifetime which will seriously test all the riders, but it will create memories that can last forever!

Throughout the journey I will constantly question my motives for putting myself through such pain and drama. Undoubtedly, becoming fitter, experiencing the stunning scenery, and enjoying the camaraderie of the fellow brothers are all things which one cannot easily obtain during these times of lockdown measures and socially distancing policies. However, during those hard and harsh climbs in the cold rain, my primary objective will be to support the suffering people of Gaza.