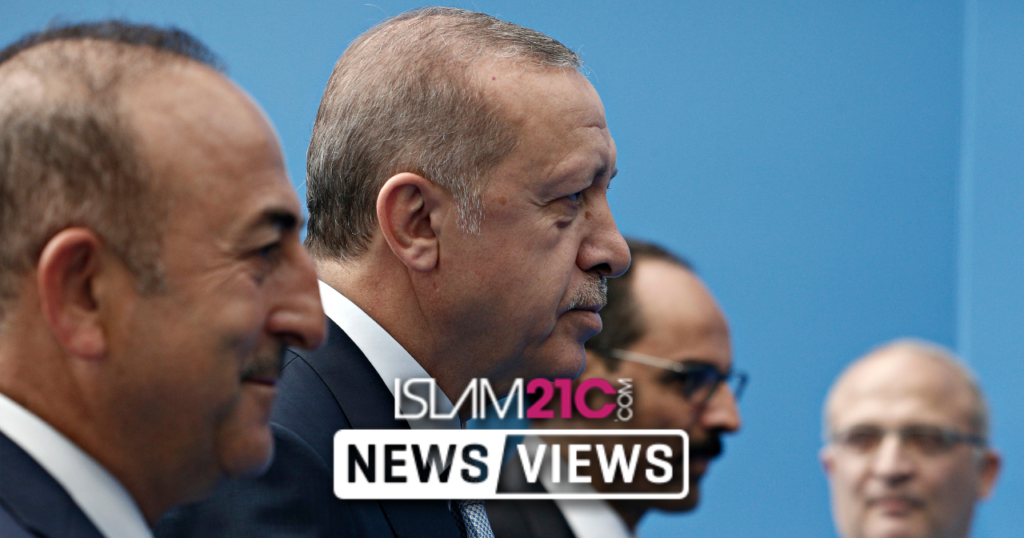 Cavusoglu, in a Twitter statement on Sunday, labelled Netanyahu “a cold-blooded killer of modern times” and that the prime minister was “responsible for massacres of thousands of innocent Palestinians.” [2]

“Erdoğan – the occupier of Northern Cyprus, whose army massacres women and children in Kurdish villages, inside and outside Turkey – should not preach to Israel” the Israeli PM said on Twitter. [3]

In response, Erdoğan’s chief adviser Ibrahim Kalin hit out at Netanyahu, demanding an end to the military occupation and accusing him of attacking Turkey to distract Israel of his domestic issues.

“Instead of begging President Erdoğan not to speak out the truth, @netanyahu should end the lawless occupation of Palestinian lands and the brutal oppression of Palestinian people” Kalin said, adding that “Bashing Erdoğan or using Kurds as a political chip will not save him from his domestic troubles.” [4]

Turkish-Israeli relations have been strained for a number years, especially after Israeli commandos in 2010 raided a Turkish aid flotilla destined for the Gaza Strip and killed ten Turkish aid volunteers and injuring many others.

In April, Erdoğan ordered the Israeli ambassador in Ankara to leave the country after the mass killings of Palestinian protesters at the hands of Israeli snipers at the Gaza-Israel border.