An East London Islamic centre, the Esha Atul Islam Mosque, was the target of a Tuesday knife incident; alḥamdulillāh, there were no injuries
News 06/01/2023No Comments3 Mins ReadBy Shaheer Choudhury 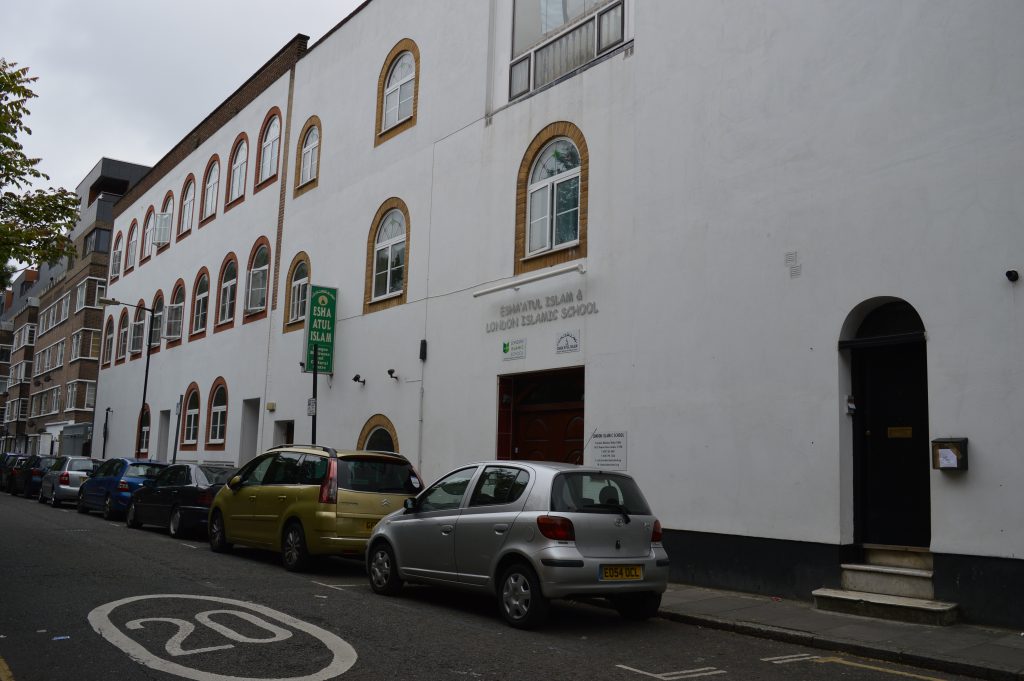 Police in the London borough of Tower Hamlets have increased their patrols after a knife-wielding man entered a large mosque and Islamic school at around midday on 3 January. MyLondon has reported that the suspect was initially acting “erratically” in the vicinity of the Esha Atul Islam Mosque, before police were quickly called to the scene. [1]

After briefly entering the premises, the man fled the centre prior to the arrival of police. However, it is understood that leads were followed up and a 41-year-old was apprehended on Wednesday. [1]

Immediately following the call-out at 12:30 p.m. on Tuesday, a spokesperson for the Metropolitan Police’s Central East Basic Command Unit said,

“Early this afternoon … Police received a call in relation to a male acting erratically near Ford Square Mosque, E1. Concerns were raised in relation to his demeanour and the fact that the male entered the Mosque and brandished a knife before leaving.

“His motivations remain unknown and Police keep an open mind at this early stage. No members of the public were injured as a result of this incident. At this time, it is not believed any parties have been harmed and Police have enhanced their patrols in the area to support the community. An investigation into this incident has begun and is being led by Detectives from Central East BCU.” [1]

The Esha Atul Mosque, also known as the Ford Square Mosque due to its geographical location, has been serving the local community since 1983. It offers various Islamic and Arabic-language educational programmes alongside daily prayer services and secondary education for boys. [2]

Located in a predominantly Bangladeshi area of the city, the centre is one of a number of masājid in Whitechapel, alongside the likes of Collingwood Masjid, Markazi Masjid, Weavers Field Masjid, and the East London Mosque. [3]

The Esha Atul Mosque underwent a major £6 million expansion in 2021. The developments included the erection of a new four-storey building, extra classrooms for secondary education and madrasah, a religious and social advice centre, separate ablution facilities for men and women, the expansion of the main prayer hall, as well as a larger women’s hall for education, prayer, and other services. [4]

Affray and possession of an offensive weapon

After a successful arrest was made a day after the Tuesday incident, a spokesman for the Metropolitan Police said,

“A man has been arrested for walking into a Tower Hamlets Mosque armed with a knife. Police were called at around 12.30pm on Tuesday, January 3 to a mosque in Ford Square, E1 to reports of an armed man.” [1]

The spokesman further added that possession of an offensive weapon and affray were two of the offences for which the man was detained:

“The man left the scene before officers arrived. The area was searched but the suspect wasn’t located.

“Following police enquiries, on Wednesday, January 4, officers arrested a 41-year-old male on suspicion of affray and possession of an offensive weapon. He was taken to an East London police station where he remains at this time. There were no injuries. Enquiries continue.” [1]