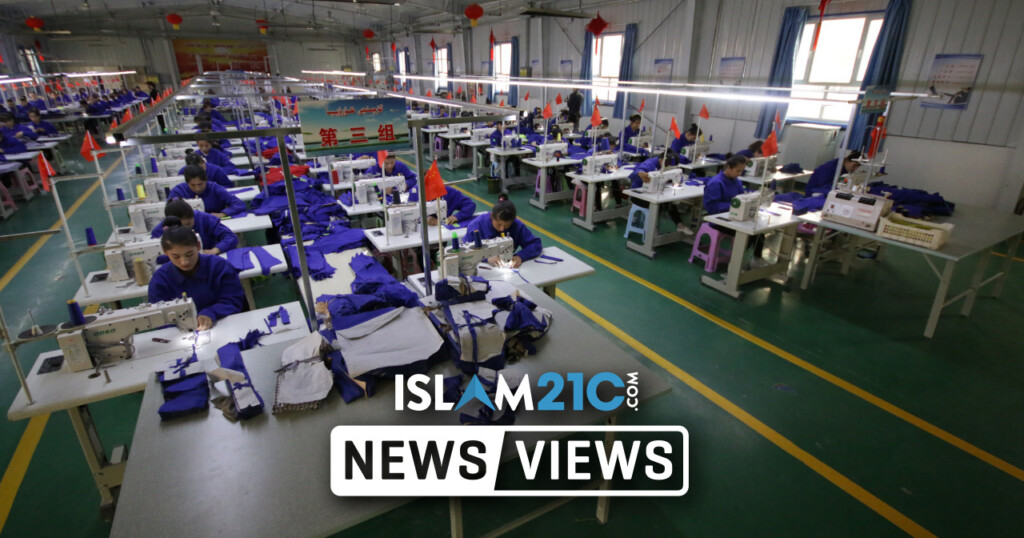 New documents and video footage have been discovered by the US-based Center for Global Policy (CGP) proving that more than half a million Uyghurs are being forced into working on cotton farms in the autonomous region of Xinjiang. [1]

The CGP, a Washington-based non-partisan think-tank, has unearthed evidence that firmly points the finger at the Chinese Communist Party (CCP) leadership at the national level being complicit in coercing Uyghur men and women to relocate (‘transfer’) to various areas within Xinjiang in order to pick cotton by hand.

A recent article on Islam21C highlighted the issue of technological companies allegedly taking advantage of slave labour from the Uyghur community. The technology company Apple is currently one of the opponents of federal bill H.R.6210 designed to prevent corporations such as Apple from producing goods in Xinjiang without first providing written evidence to the US federal government that forced labour has not been used in production lines. [2]

According to a BBC news report, China provides one-fifth of the world’s cotton demand. With such a large dependency on Chinese cotton, the fruits of this slave labour may be unknowingly seeping into our own homes, which is undoubtedly most alarming for us as fellow Muslims. [3]

“The evidence shows that in 2018, three Uyghur regions alone mobilized at least 570,000 persons into cotton-picking operations through the government’s coercive labor training and transfer scheme.

In 2019, about 70 percent of the region’s cotton fields had to be picked by hand – especially the high-quality long-staple cotton predominantly grown in southern Xinjiang’s Uyghur regions, where mechanized picking shares are low.”

The cotton plantations in which the hundreds of thousands of Uyghur men and women are being forced to work for are ultimately operated by the Xinjiang Production and Construction Corps, a state-owned paramilitary organisation on which US Secretary of State Mike Pompeo imposed severe sanctions earlier this year. [4]

Addressing China’s attitude towards minority populations as “the stain of the century”, Pompeo made the call to:

“…all countries to join us in condemning the CCP’s heinous abuse of the human rights of its own citizens, affecting countless families across the world.” [4]

The trove of documentation was discovered by Dr Adrian Zenz, a senior fellow at the Washington-based Victims of Communism Memorial Foundation and researcher on the Xinjiang autonomous region as well as China’s wider ethnic policy. In an interview with the BBC, Zenz said:

“In my view the implications are truly on a historical scale. For the first time we not only have evidence of Uighur forced labour in manufacturing, in garment making, it’s directly about the picking of cotton, and I think that is such a game-changer.

“Anyone who cares about ethical sourcing has to look at Xinjiang, which is 85% of China’s cotton and 20% of the world’s cotton, and say, ‘We can’t do this anymore.’”

In the wake of the BBC report entitled China’s tainted cotton, British MP Nusrat Ghani made the case that UK businesses “must wake up” to the ongoing oppression of the Uyghurs by the CCP and

“…stop denying knowledge of what is taking place, examine their supply lines rigorously and make sure they are absolutely clear that they are not profiting from slave labour and abuse of the Uighurs.” [5]

Alhamdulillāh, more news is breaking concerning the Uyghur oppression by the Chinese government. We must continue to share such news far and wide in order to enlighten others to the plight of our brothers and sisters in Xinjiang.