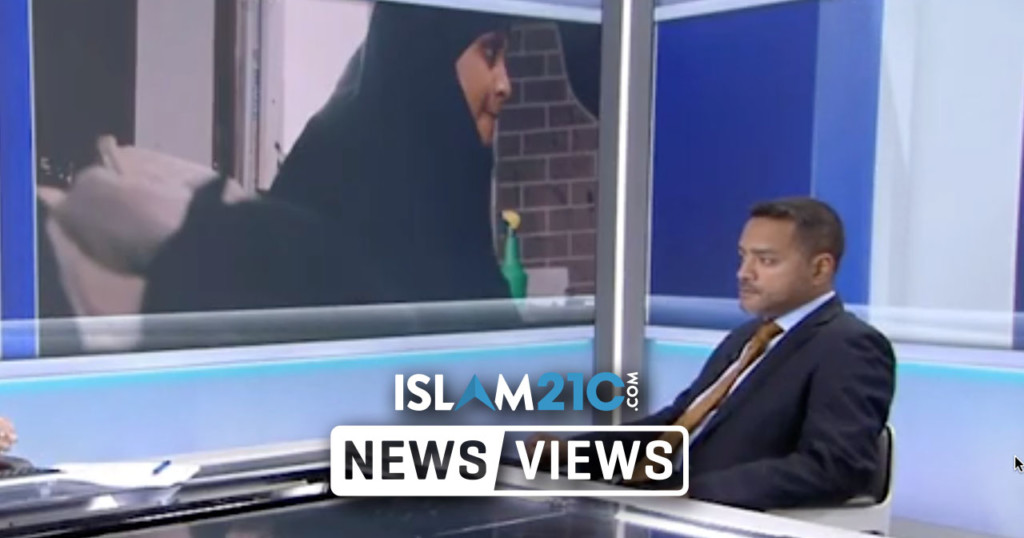 A British teenager who left the UK to live in Isis-controlled territory in 2015 has pleaded to return to the UK after having given birth to a baby boy.

Shamima Begum of East London was lured away against her family’s wishes when she was 15 alongside her 3 school friends, and married a 27-year-old convert from the Netherlands in Raqqa, where she bore two children, both of whom have since passed away.

According to Begum’s family lawyer, Mohammed T. Akunjee, Shamima had given birth on Saturday and her and the baby boy were in good health in the al-Hawl refugee camp in northern Syria.

On Sunday, Shamima gave an interview to Sky News, with many—including her family’s lawyer—questioning the ethics of interviewing someone in a refugee camp visibly in discomfort from having given birth the day before, on such a sensitive topic ostensibly for the sake of attention-grabbing headlines.

In the interview she said “I feel a lot of people should have sympathy for me, for everything I’ve been through. You know, I didn’t know what I was getting into when I left.” [1]

“I was hoping that maybe for the sake of me and my child they let me come back. Because I can’t live in this camp forever. It’s not really possible,” [1] she added.

Home secretary Sajid Javid, however, has said that he would prevent Shamima from returning back to the UK and that if she did return she would face questioning and even prosecution.

“My message is clear: if you have supported terrorist organisations abroad I will not hesitate to prevent your return,” [2] Javid said, adding that “If you do manage to return you should be ready to be questioned, investigated and potentially prosecuted.” [2]

Shamima, however, argues that she wasn’t an active member of Isis, that she was merely a housewife who took care of her husband when he was home and her children.

“They don’t have any evidence against me doing anything dangerous. When I went to Syria I was just a housewife, the entire four years I stayed at home, took care of my husband, took care of my kids. I never did anything. I never made propaganda, I never encouraged people to come to Syria,” [2] Shamima said.

Many high-profile officials have argued that Shamima has the right to return to the UK, especially now that she has a baby son and that her decision to travel to Syria was made on false promises and was also a consequence of grooming seeing that she was only 15 years old.

According to normal due process and the rule of law, Begum would be without hesitation afforded assistance to return and face the consequences of any alleged crimes.

However, there have been many who have taken to the unfortunately common exemption from due process given to minorities and Muslims in particular, bizarrely by some with a Muslim or ethnic minority background themselves, leading to accusations of appeasement to right-wing populist acceptance.

Many commenters have called out doubled standards from the stark contrast in attitudes of sympathy given to white victims of grooming (for sexual exploitation at home rather than abroad), to the way in which Britons who commit serious crimes abroad are treated, for example.

For all intents and purposes, it should be irrelevant if Begum, like other disenfranchised and alienated teens, was simply groomed and lured way with promises of a “better life” that happened to be in Isis-controlled territory, or if she fully supported and wished to join Isis proper.

What is more important is that as citizens we do not condone, let alone support, politicians arbitrarily removing the rights that citizens have—even if they are, for argument’s sake, criminals—without a fair and transparent judicial process.

Sadly this has been happening on an increasing scale, with yet another increase in arbitrary powers being given royal assent just days earlier.[3] So, when a dramatic even is used to rubber stamp policies and actions we would not allow under “normal” conditions, we should be very wary.