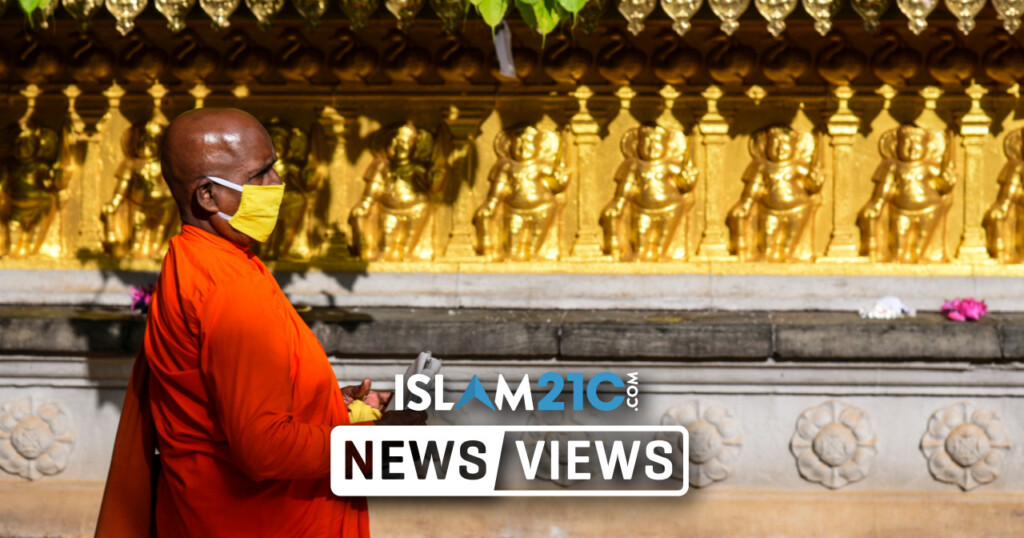 A strongly-worded letter by the Muslim Public Affairs Committee UK (MPACUK) signed by dozens of masājid and various other Islamic organisations around London and the surrounding counties has taken aim at the Sri Lankan High Commission in London for the lack of divergence in regards to the Sri Lankan government’s continued policy of forced cremations of alleged COVID-19 victims.[1]

Addressing Saroja Sirisena, the High Commissioner of Sri Lanka to the United Kingdom since March 2020,[2] the letter begins by stating:

“The Muslim Community in the UK have been seeing with increasing concern the forced cremation of Muslims who have died after contracting Covid-19 by the Sri Lankan Government. It has been very distressing for the Muslim Community in the UK to see the dead being treated in such an abhorrent manner without any respect for the wishes of their respective families. The latest forced cremation reported in the media was that of a 20 month old baby, which has caused significant anger and distress in our Community.” [1]

Widespread condemnation and repeated calls have been made by the Muslim population,[3] [4] Christian population, civil leaders, political leaders, and religious leaders of Sri Lanka to stop the unnecessary cremation of the bodies of Muslims and Christians who have been deemed to have died as a result of complications arising from COVID-19. The Sinhala government insists on continuing the appalling and degrading policy.

As recently as last Friday, the Sri Lankan Health Minister Pavithra Wanniarachchi went on the record to state that the policy “will not be changed for social, religious, political or any other personal reason…”[5]

The decision to keep up the status quo came in defiance of a Sri Lankan government-appointed committee of experts, who deemed that while its findings suggested cremation was the safest method of dealing with the deceased, it admitted that burial could be allowed under set conditions.

As per every medical decree that’s internationally-recognized & accredited – burial of C19 deceased doesn’t pose any more risk than cremation. The Government of Sri Lanka is acting in pure defiance & is intentionally discriminating & suppressing a minority.

It is becoming ever clearer that Muslims not only in Sri Lanka but also in countries such as the United Kingdom are becoming angrier and more frustrated at the lack of consideration by top officials in the Sri Lankan government.

Since the beginning of the pandemic in the tail end of 2019, at least 15 Muslims have been cremated on the orders of the Sri Lankan government. [3]

According to a BBC article,[6] over 190 countries worldwide have adopted policies that allow for burial for those who have died due to COVID-19 complications. There are at present 195 countries in the world according to Worldometer, a website run by international researchers, developers, and volunteers, that tracks various world statistics on a daily basis.[7] Sri Lanka finds itself in the highly embarrassing position of being in the less than 1% of global countries that have a forced cremation policy for COVID-19 deaths.

In relation to the fact that the British government is itself one of the 99% of world nations that permits burial of COVID-related deaths, the letter goes on to say:

“Our Government, led by Boris Johnson here in the UK took into consideration the religious concerns from faith communities who wish to bury their dead in accordance with their respective religious requirements and also followed the Guidance from the WHO. The British Government is following a policy which is both safe and which respects the wishes of the victims and their families.” [1]

The letter ends by insisting that the Sri Lankan government “immediately revoke their compulsory policy of forced cremation in light of the Guidance from the WHO in order to permit those families that wish to bury their dead in accordance with their respective religious burial rites.” [1]

The full list of the letter’s signatories can be found below:

The Sri Lankan government continues to face heavy backlash not only from the people of Sri Lanka but across the world, as more people realise that this inhumane policy of forced cremation is against the intrinsic human right of freedom of religion. This categorically includes methods of final disposal, which in this case as Muslims can only be burial.