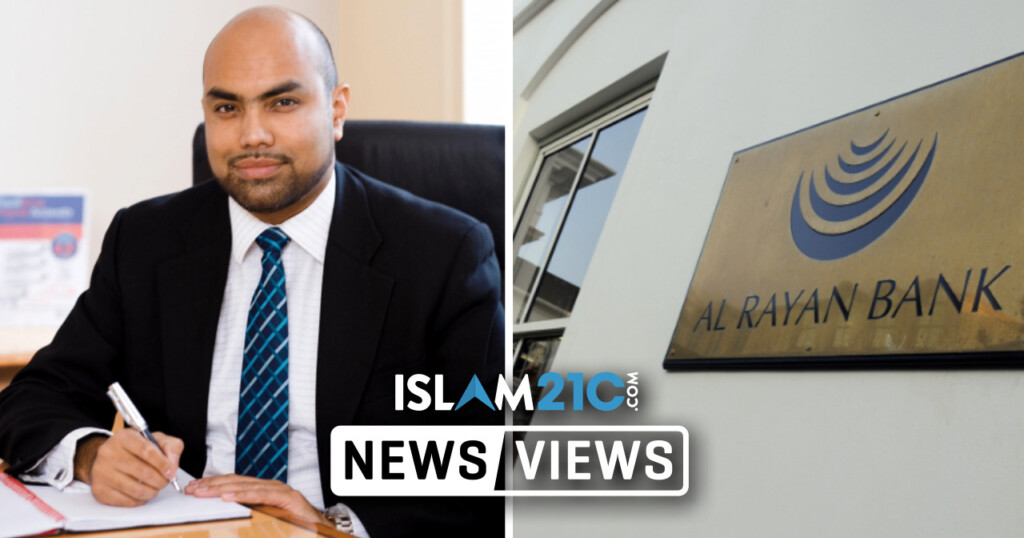 On 5th August 2019, The Times published an article titled “Female circumcision is like clipping a nail, claimed speaker”, using a photo of the former CEO of Al Rayan Bank, Mr Sultan Choudhury, as its featured image.[1]

Mr Choudhury is highly regarded in the banking industry internationally for his pioneering style and charitable work, having been awarded an OBE by Her Majesty the Queen in 2017.

Yet in the truly apathetic fashion that we have become accustomed to by the traditional propaganda outlets, an attempted smear on the character of Mr Choudhury was made, and was ultimately and wrongfully consolidated by the inclusion of his picture as the main focal point of the article. When seen by the majority of viewers without a subscription to the newspaper, the article would appear to present that its “controversial” content was attributed to Mr Choudhury himself.

Unsurprisingly, and as far away from the expression “it does what it says on the tin”, the article instead focussed on the fact that Mr Choudhury was an unpaid director at Al Kauthar Foundation, which, according to The Times, includes instructors and speakers with allegedly “controversial views”. Although the article does indeed confirm that Mr Choudhury was not the one who supposedly comments on “female genital mutation”, the placement of his picture, as viewed by those without a subscription, strongly implied otherwise.

In an era where unverified news spreads like wildfire, the misinformation propagated in the article caused Mr Choudhury to seek advice from his legal team, Saracens Solicitors, who deemed the article “misleading” and “libellous” and which led to the “public censure” of their client. The aim of Mr Choudhury’s legal team was to clear his name and reputation of the misleading attributions made to him.

Following complaints to the regulatory body IPSO (Independent Press Standards Organisation) and the pursuing of a defamation claim against The Times, the newspaper has now published an apology to Mr Choudhury almost a year later, in addition to amending the article and agreeing to pay libel damages and legal costs to the former CEO of Al Rayan Bank.[2] Unfortunately, the newspaper is unable to rescind the grief created by the subjugation of Mr Choudhury to online hateful comments made by those whom the article misled –  many of whom will be unaware of this apology – nor the huge family distress it has caused, particularly as his wife is a GP who deals with the everyday consequences of female genital mutilation in her work.

The full apology was published on page 30 of the print edition of The Times on 21 July 2020 and can be found here. An extract reads:

“…we reported that a speaker at the Institute, Mr Assim al-Hakim had expressed views on female genital mutilation (Female circumcision is like clipping a nail, claimed speaker, 5 August 2019). This headline appeared above a picture of Mr Sultan Choudhury in the online edition. Any impression that those views were his was not intended. Mr Choudhury did not say that “Female circumcision is like clipping a nail” (as explained in the full version of the article published in print and online). The article explained that he did not support any alleged extremist views. We apologise for any distressed caused to Mr Choudhury and have agreed to pay him compensation and legal costs.”

“I was utterly shocked by the article in The Times.  It presented me in a way that was completely wrong. The story broke without warning whilst I was on holiday, causing my family and I great personal distress.  By unjustly associating me with extremist views such as the repulsive quote on female circumcision (an illegal practice my wife deals with as part of her work as a GP), we were all devastated. As a result of that article, I suffered graphic personal abuse from all over the world, which was incredibly hurtful and upsetting to all of us. Thankfully, The Times has now publicly apologised after a long and difficult process.”

He also extended his thanks to his family, friends, and legal team, comprising Abtin Yeganeh and Nishtar Saleem of Saracens Solicitors, and Mark Henderson of Doughty Street Chambers.

“This is another example of irresponsible journalism. Publishing sensational excerpts on a ‘free site’ whilst concealing the full article behind a paywall is a dangerous game. By taking this stand, Mr Choudhury has shown publishers that they cannot avoid responsibility for libellous material, paywall or no paywall. I am glad The Times has recognised its errors and apologised for what it has done. Going forward, greater accuracy and transparency is needed or others will suffer the same fate as Mr Choudhury. Lessons must be learned.”

Media outlets continue to smear mainstream Muslim organisations, instigate suspicion, and promote fearmongering. These outlets have again proven they lack the basic requirements and conditions for accurate journalism and truth in reporting.

It is therefore not shocking to see that The Times  published a story that smeared and demonised Mr Choudhury.

Only in June this year, the right-wing paper was accused of fabricating facts about CAGE after “a number of factual inaccuracies” were found in a piece authored by John Simpson. [3]