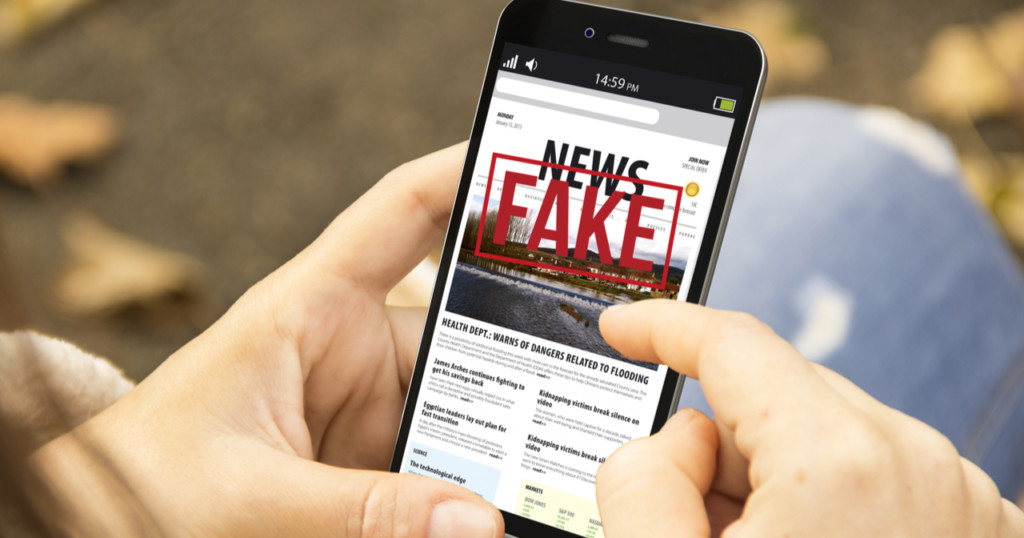 On 5th August 2019, The Times posted an article titled “Female Circumcision is like clipping a nail, claimed speaker”, using a photo of the ex-CEO of Al Rayan Bank, Mr Sultan Choudhury, as its featured image.

To the vast majority of viewers without a subscription to The Times, the article appeared to show Mr Choudhury as the speaker who uttered the words in the article’s headline. However, the article then focuses on the fact that he used to be an unpaid director at AlKauthar Foundation, which, according to The Times, includes instructors and speakers with allegedly “controversial views”. Staying true to the traditional method of propaganda outlets, those “controversial views” tend to be little more than mainstream Islamic beliefs and practices distorted and mistranslated to provoke fear and hatred among unsuspecting readers.[1]

The content of the above article reads as follows:

“Sultan Choudhury was a member of Al Rayan’s founding management team when it opened in 2004 as the Islamic Bank of Britain.

Mr Choudhury, 46, who later became commercial director, was appointed interim managing director in 2011 and chief executive in 2014. He left the bank in April. From 2009 to 2016, Mr Choudhury was also a director of the British arm of a global religious organisation whose courses reflect its “relentless mission” to inculcate students with a “conservative Islamic perspective”.

Instructors and speakers used by AlKauthar Institute during Mr Choudhury’s time as an unpaid director of the AlKauthar Foundation have included men with controversial views.

Mr Choudhury said he had “no input or control over AlKauthar Institute’s decisions or actions”. He believed in freedom of speech but he and AlKauthar Foundation did not support or endorse any “alleged extremist and violent views”. He always complied with bank rules on disclosing directorships.”[2]

Although the article does indeed confirm that Mr Choudhury was not the one who supposedly comments on “female genital mutation”, the placement of his picture, as viewed by those without a subscription, strongly implied otherwise. A study in 2018 revealed that 60% of people will share stories on social media without having read the full article.[3] For a subscription-based media outlet, one could assume that the probability could be higher.

Saracens Solicitors have called the article “misleading” and “libellous”, and that it has resulted in Mr Choudhury being “subjected to public censure”. According to a statement issued by the solicitors:

“Mr Choudhury is highly regarded in the banking industry in the UK as well as being recognised in the wider community for his charitable efforts and for being a gentleman of impeccable character. He has been awarded an OBE by Her Majesty the Queen and regularly assists charities on a voluntary basis. He is well known and a well liked family man who refutes outright The Times’ attempt to link him to illegal, extreme, or violent ideologies or practices.”[4]

The article was released on the same day UK officials called for an inquiry into Al Rayan Bank, after it was revealed that its client list allegedly included “groups accused of links to extremists and Islamists agendas”.[5]

On this day, The Times posted multiple articles on the bank, including articles titled “Qatar accused of using British bank to ‘promote’ Islamist causes” and “The Times view on Al Rayan bank: Finance for Fundamentalism”.[6] In the latter, its excerpt argues that the bank’s services to so-called “Islamist-linked” British groups “must stop”.

Mr Sultan Choudhury has been taking advice from his legal team with the aim of clearing his name and reputation of the misleading attributions made to him.

This is not the first time that media outlets such as The Times have published misleading and libellous articles. In early August, Islam21c received hundreds of leaked documents from the Murdoch press. The files consisted of emails and transcripts of an “investigation” by The Times’ chief investigative reporter Andrew Norfolk.

The leak exposed a large campaign — ostensibly in the service of Saudi and Emirati economic and political interests — to demonise Muslim organisations calling for democracy in the Middle East. Andrew Norfolk, together with the Henry Jackson Society (HJS) and the News Corporation alongside at least one Conservative politician appeared to be working together to smear Qatar and Qatar-linked organisations.

The shocking papers detailed correspondence several months long between Norfolk and litigation lawyers apparently helping craft as much misinformation and false links as possible without being sued or subject to press regulation investigation. The Times and other news sources like it are very well known for burying the requisite legal disclaimers in their text whilst carrying out their outrageous and deliberately malicious disinformation campaigns.

Hundreds of papers detailed carefully crafted plans to smear mainstream Muslim organisations, including Al Rayan Bank.  They used misinformation and sensationalised links to organisations in the Middle East such as the Muslim Brotherhood, who are listed as “terrorists” by dictators across the Middle East for calling for democratic governance.

The demonisation seems to be a reflection of political pressure from Gulf states on Murdoch’s News Corp., reflecting a designation unmatched in the US and Europe. It extends to grassroots organisations and charities with decades of humanitarian work and contribution to British society on many levels and in many spheres. Extending such designations not only undermines British law but also gives credence to the suppositions of totalitarian regimes whose conflict with democracy is not exactly hidden.

In addition, the articles published in August confirmed that “The Times’ analysis of Al Rayan account holders was in conjunction with the Henry Jackson Society’s centre on radicalisation and terrorism.” Although there is not much to expect from a hard-right-wing paper, the use of information from the neoconservative think tank Henry Jackson Society (HJS) raises a number of questions concerning neutrality observed when conducting their ‘research’.

The HJS is well known for writing reports attacking Muslim activists, in particular those campaigning against Islamophobia and for wider public participation of Muslims in the UK.[7] It is reportedly funded by far-right organisations and individuals from overseas, such as Nina Rosenwald, dubbed “the sugar mama of anti-Muslim hate.”[8] The society’s Associate Director, Douglas Murray, regularly praises far-right Islamophobes such as Robert Spencer and Geert Wilders.[9]

The HJS’s routine attacks on Muslim organisations are thought to be a result of the likes of Murray’s expressed desire that, “Conditions for Muslims in Europe must be made harder across the board.”[10] It therefore has little credibility outside of Islamophobic circles, with even Theresa May’s cabinet members “scrambling” to disassociate with them.[11]

The Times’ article also attacked prominent Muslim scholars including Sheikh Dr. Haitham al-Haddad, Sheikh Assim al-Hakeem, and Sheikh Dr. Yasir Qadhi. This is not the first time that such scholars have been attacked by the right-wing media.

In early July, Sheikh Haitham came out triumphant in his three-year battle against The Telegraph over fabricated statements attributed to him. The newspaper launched a character assassination on the prominent UK Imam and academic in 2015 in a series of articles which claimed that Sheikh Haitham had described Jews as “the descendants of apes and pigs”, and “the brethren of swine and pigs.”[12] In reality, the statements were completely fabricated; these were words that Sheikh Haitham had never said.

The Telegraph has since retracted its statement and published a full apology. The newspaper was ordered by the High Court to pay £62,500 towards Sheikh Haitham’s legal costs. Earlier last year, the BBC also issued a retraction of accusations made by presenter Andrew Neil that had been made in a similar manner. The retraction stated that “It has withdrawn this allegation and confirms that it will not repeat it.”[13]

Outlets such as The Times have failed to adhere to the basic requirements and conditions required for accurate and honest journalism. It is becoming increasingly clear that they write only to instigate suspicion and promote fearmongering.

With the UK media’s history of inaccurate, anti-Muslim content, one could argue it is no longer coincidental. Regarding attacks, Muslim attackers are 78.4% more likely to be labelled as ‘terrorists’ than their ‘far-right’ counterparts.[14] Yet, UK media outlets have proven to go further than using ‘terrorism’ as their justification, targeting the local Muslim community who make up 5% of Britain.[15]

In 2016, Daily Star Sunday and The Sun misled readers with headlines that claimed UK mosques funded ‘terrorism’ and that one in five Muslims sympathised with “Jihadis”.[16] In 2017, The Times claimed that a Christian girl had been “forced into Muslim foster care”. Despite complaints and regulations from press regulator IPSO, these headlines seem to be more common, with The Sun, The Daily Mail, The Daily Express, and The Times noted as seemingly consistent contributors.

Miqdaad Versi, assistant secretary general of the Muslim Council of Britain (MCB), is one Muslim who keeps tabs on these fabrications. In an article by The Guardian, he reveals that he keeps an Excel spreadsheet of articles with inaccurate, anti-Muslim content, and lodges complaints against them.

“In its scrolling entirety, the document is a cold account of how flagrantly British papers get their news about Muslims wrong, and how often they reuse the same stereotypes…The most permanent residence of these Muslims is not Brick Lane in London or Small Heath in Birmingham, but the pages of Britain’s newspapers.”[17]

Evidently, such ‘bad press’ has negative implications on the Muslim community. After the Christchurch incident, newspapers revealed there had been a 600% increase in Islamophobic incidents in the UK, with offenders using “language, symbols or actions” linked to the New Zealand attack.[18]

For those like Mr Sultan Choudhury, their reputations can be tarnished as a result of ‘bad press’. They can lose their jobs and even become ostracised from their communities. For children, this sense of ‘othering’ can, and does, have traumatising consequences. One of the countless cases is the 11-year-old boy who is “now reluctant to speak up in class” after claims of radicalisation by the school and social services, despite being cleared thereafter.[19] These instances are only a few examples of what the Muslim community are subjected to as a result of inaccurate news content.

The fact that more and more Muslims are standing up to this treatment and are launching legal battles against offending misinformation mongers is, God willing, a good sign of the empowerment of the Muslim community, which is increasingly seeing itself more like citizens and less like subjects.