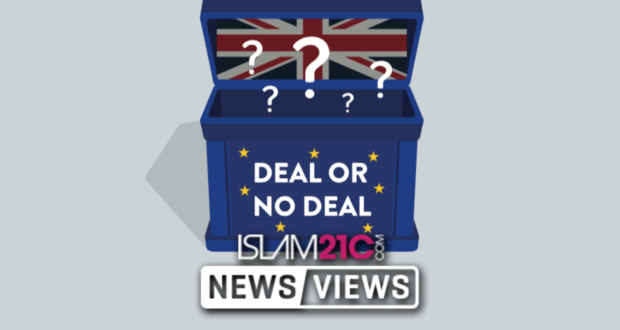 Theresa May survives vote of no-confidence

Prime minister Theresa May has defeated a vote of no-confidence after MPs voted 325 to 306 in favour of her government.

The government was able to stave off a challenge by the opposition after suffering the worse parliamentary defeat when May’s Brexit deal was rejected and Jeremy Corbyn called for a vote of no confidence.

May was able to succeed after 315 MPs voted for her including the 10 DUP MPs who are in a Confidence and Supply agreement in which the Tories support the DUP’s political interests in return for the DUP’s support in parliament.

The prime minister won with a majority of 19. However, had she failed in defeating the vote, she would’ve had a two week period to regain the confidence of MPs in the House of Commons and if her efforts had failed, parliament would be dissolved and a general election would be called.

May is now expected to return to parliament within three days and present a ‘Plan B’. In her acceptance speech after her defeat, May said she would hold meetings with MPs from opposition parties and find a consensus in finding a suitable deal that would pass through parliament.

The prime minister is also expected to return to Brussels and improve the current withdrawal agreement or renegotiate a new deal that would have to go through parliament again.

Other scenarios include the prime minister resigning which would ignite a leadership contest among her colleagues and calling a general election in which May could use public opinion to measure the popularity of her premiership and Brexit deal.

There are also growing calls for a second referendum on the Brexit deal. Anti-Brexit campaign movements and a growing number of MPs are arguing that a People’s Vote is the only solution to the chaos in government and the gridlock in parliament.

Corbyn has repeatedly stated that seeking a general election to oust May is his top priority and made no mention in his speech after May’s defeat of backing a public vote.

However, the Labour party’s annual conference last year passed a motion that if a general election was not possible, the party would support all options, including campaigning for a public vote.

[1] https://www.theguardian.com/politics/live/2019/jan/16/brexit-vote-theresa-may-faces-no-confidence-vote-after-crushing-defeat?CMP=Share_iOSApp_Other
2019-01-16
News Editor
Previous: PM May to face vote of no-confidence as she suffers historic Brexit defeat
Next: Renewing Our Commitment to Articulating Islam in the 21st Century