Despite reports of Sino-Turkish relations taking a downward turn over the plight of Uyghurs, the Turkish government has again reiterated its backing to the oppressed Turkic community
News 09/01/2023No Comments3 Mins ReadBy Shaheer Choudhury 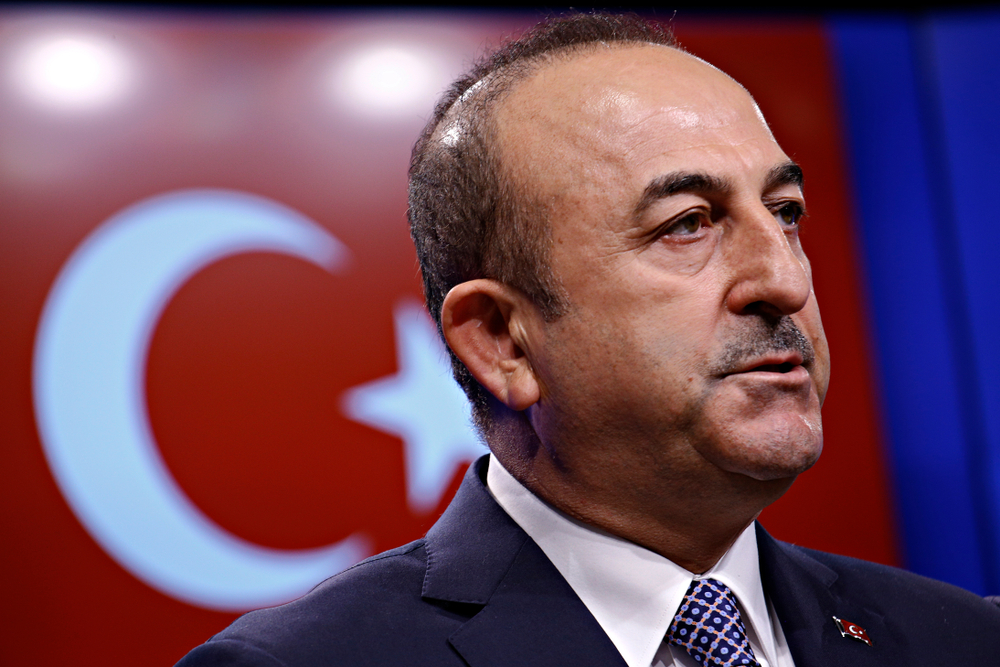 The Turkish Foreign Minister, Mevlüt Çavuşoğlu, recently stated that relations with China have taken a downward trajectory on account of the Uyghur issue. However, speaking during an end-of-year conference on 29 December, Çavuşoğlu clarified that the change in tone was “stemming from China”. At the same time, he reiterated that Türkiye would never extradite Uyghurs at the behest of Chinese authorities. [1]

Çavuşoğlu said in remarks at the news conference,

“It is true that there is a slowdown in relations with China … But this is stemming from China.” [1]

“We give none of them”

In expressing his government’s clear backing of fellow Turkic peoples dotted around the world, the Foreign Minister added that China continues to request the extradition of Uyghurs, even to the extent that Uyghurs of Turkish citizenship are sought by the repressive Xi Jinping-led regime. Çavuşoğlu explicitly made clear that, “We give none of them” to the Chinese authorities. [1]

“From the Balkans to Uyghur Turks, Crimean Tatars, Iraqi and Syrian Turkmens, to the Turks of western Thrace to Meskhetian Turks (in Georgia), we have been on the side of our kinsmen.” [1]

It is widely known that the Republic of Türkiye remains one of the strongest advocates for the oppressed Uyghur community – a Turkic ethnic group that have a number of similarities in language, culture, and religion, to their Turkish counterparts.

Indeed, Türkiye is home to approximately 50,000 exiled Uyghurs, who have fled persecution from their native East Turkestan. [2]

The state of East Turkestan has been occupied by China for over 73 years, and its statehood is therefore rejected by the colonial Chinese government. [3]

However, members of the exiled Uyghur community have tirelessly fought for recognition in the international sphere.

Regular global demonstrations – in Australia, the UK, US, Türkiye, and elsewhere – that call out Chinese genocidal practices have yielded impressive turnouts. This media and public attention has also resulted in legislation or votes in various legislative assemblies declaring the Chinese brutality against the Uyghurs and other Turkic peoples as a clear genocide.

British MPs voted in 2021 to pass a motion that declared a genocide being carried out by China against the Uyghurs. A similar vote was also passed in Canada and the Netherlands; and in the US, a bill against forced Uyghur labour was enacted in 2020 with overwhelming support. [4] [5] [6]

East Turkestan has fought a number of battles in recent history to achieve independence from the shackles of Chinese occupation. However, at present, the People’s Republic of China maintains a stranglehold on the area.

The regime describes East Turkestan as “Xinjiang Uygur Autonomous Region” and continues to spend heavily on concentration camps, surveillance equipment, and armed personnel with duties to effectively brainwash or destroy the Uyghurs’ identity and to force them to submit to Chinese indoctrination.

We hope that a deterioration in diplomatic relations between China and Türkiye does not have a detrimental impact on the Uyghurs.