#WorldMentalHealthDay shines a light into the workplace 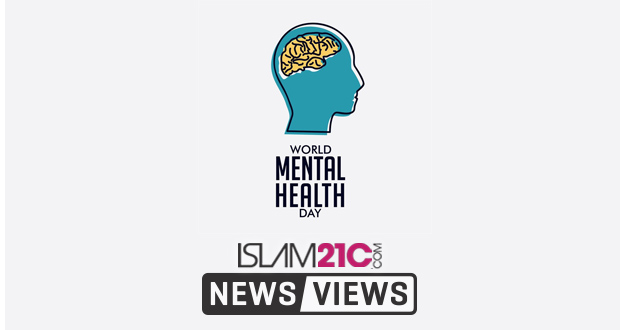 Today is World Mental Health Day in which people and organisations the world over recognise and promote awareness on mental illnesses and the effects they can have on individuals and society. This year’s theme is Mental Health in the Workplace.

Investigations conducted across the NHS reveal that nearly 2 million people are unable to work in a single year due to mental health and behavioural conditions, with over half a million patients suffering from anxiety and stress-related conditions in 2016/17.[1]

On #WorldMentalHealthDay2017 look for the signs and start a conversation #ItsOkNotToBeOk pic.twitter.com/UKRXjiex5e

According to the World Health Organisation, more than 300 million people suffer from depression, and WHO estimates that depression and anxiety disorders cost the global economy thousands upon millions of dollars in productivity every year.[2]

And yet, for many, issues of mental health are trivialised by friends, family, co-workers and even society as a whole. Often told to ‘get over it’ or ‘sort yourself out’, people affected by mental health are left unrecognised and unprovided for in a world that claims to strive for equal opportunities.

More than there being a lack of resources to treat individuals suffering from mental health conditions and insufficient urban amenities to cater for residents and employees struggling with their individual conditions, those with mental health problems are also often ostracised and vilified in their communities.

Children and adults with intellectual disabilities, in particular, suffer prejudice and discrimination throughout their lives. They are also often the victims of aggression, humiliation and social isolation.[3]

Also read: Have the Muslims failed with Intellectual Disabilities?