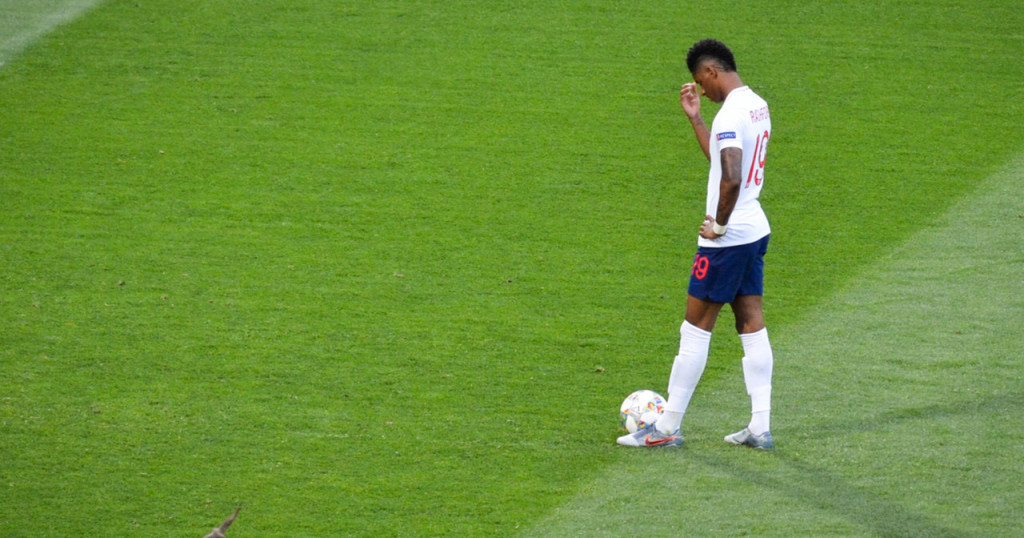 A very young and likeable English roster managed by an equally congenial and considerate manager in Gareth Southgate reached their first major tournament final in 55 years. The location of this epic event was none other than Wembley, England’s home ground. This was the same site where Sir Geoff Hurst scored his famous hat trick to beat West Germany in 1966, and the place where Bobby Moore lifted the Jules Rimet trophy. This year, the expectation was that the big prize was coming home! However, in what has become a familiar trait with English teams over the last 30 years, the team lost yet again in penalties. I wish the story ended here. However, a friend of mine who attended the game and worked as a Premier League club doctor had the following to say:

“The scenes I witnessed at full time as I came away from the stadium were disgusting and easily the worst I have seen in football. That is someone who lives and breathes football. I must have heard people actively looking for the opposition fans to batter over 100 times. This is not football. Or England. The result no longer mattered. Those people didn’t deserve the victory. Proud of our players, they have done so much to bring the country together. But these idiots, they need exposing. And the culture in this country needs to change. So everyone has the opportunity to push on and make this country a better place to live and thrive in 🙏.”

When Marcus Rashford, Jadon Sancho, and Bukayo Saka – who are all black players –  missed their crucial penalty kicks after extra time, we all knew what was going to happen. The dreaded yet inevitable occurred against immigrants and people of colour. Ever since the loss, a wave of horrifying racial abuse has flooded multiple online platforms. At the same time, social media is full of counter posts from current England squad members, international footballers, former professionals, and prominent figures from other professional sports urging the wave of racism to immediately stop. This is a stark yet timely reminder for minorities living in the United Kingdom that their recognition is conditional. You must be extraordinary if you want to be actually accepted. Until you achieve something amazing, then the judgement passed against you is the oft-heard but painful phrase: “You’re not one of us”. The moment your success turns into the slightest bit of failure, then the firmly embedded racist mentality that is usually concealed will find its way to the surface for everyone to see. This is the case for England and many other European nations. As the German playmaker Mesut Ozil once said, “When we win, I am German. When we lose, I am an immigrant.” French striker Karim Benzema echoed the same sentiment when he stated: “When I score, I’m French. When I don’t, I am a dirty Arab.” Romelu Lukaku of Belgium went on to state in one occasion: “When things were going well, I was Lukaku the Belgian striker. When they weren’t going well, I am the Belgian striker of Congolese descent.”

Children of immigrants like myself have always uncomfortably experienced cognitive dissonance when wishing the English national team to play successfully. On the one hand, we are familiar with most of the players already, since we recognise the domestic clubs that they play for. We were born and raised in England; this is our home. On the other hand, we fear the reprisals. We have had the misfortune of facing the intense nationalism that intertwines with emboldened racism when England plays relatively well. It is a sad yet true symbiotic relationship that continues to exist. That sense of English superiority and entitlement which originated from colonialism and its racist legacy still lives on. This sentiment is aggravated by alcohol, and often creates a hostile environment full of hate and violence. The degree of hate is certainly significant, and is something which scares ethnic and religious minorities. Its existence is not overlooked by domestic violence charities such as Women’s Aid and Refuge. These two charities and many others have consistently posted messages throughout the competition for victims of violence to come forward and share their experiences. Research conducted by Lancaster University in 2013 found that in England domestic abuse rose by 26 percent when the national team won or drew a match, and jumped 38 percent when they lost.

Problems like violence and racism are not new to English football. Those who have lived in this country since the 1970s can testify how widespread the problem was and continues to be. Unofficial “football firms” would organise mass brawls in select locations, cities, and towns around the UK on a regular basis. Films like Green Street and Football Factory depict how much deplorable things once were. My own experience of growing up by Maine Rd in Manchester elicits numerous disturbing memories, which include riot police, police horses, beer bottles and cans being flung, racist chanting, and intimidating behaviour. My mother would prohibit us from getting too close to our then netted windows out of the fear of being attacked by members of the hostile crowd.

Football has become a lot more family friendly over the last few years, but recent events pertaining to Brexit have stoked up nationalism, which almost always leads to racism. In an interview with Sky News, ex Manchester United and England footballer turned pundit Gary Neville made a simple yet astute observation after England’s loss and the subsequent racial abuse that followed. As he pointed out, these sentiments actually come from the top echelons of power. When our own Prime Minister condones the booing of those who simply take the knee, it sends a message to the community that it is acceptable to be racist. It emboldens people with such beliefs. This point of view is not entirely surprising, considering the fact that it comes from the same person who once described Muslim women in niqāb as being letter boxes and bank robbers and black people as piccaninnies. When Home Secretary Priti Patel criticised the political statement by dismissing it as “gesture politics”, she further validated the racism. England’s central defender Tyrone Mings did not miss the dangerous implications of Patel’s criticism when he responded directly to her tweet by saying: “You don’t get to stoke the fire at the beginning of the tournament by labeling our anti-racism message as ‘Gesture Politics’ & then pretend to be disgusted when the very thing we’re campaigning against happens.”

When England lost, I was upset for the players, who appear to be a group of outstanding individuals who care for their communities and consistently demonstrate good politics. However, at the same time the aftermath of the loss demonstrates that what we feared still exists in our country. Football fans are a reflection of society. England is still very much a racist nation. Racial prejudices and widespread institutional racism are very real problems in 2021. The colonial mindset of “greatness” and entitlement still exists. The immense contribution of foreign resources are seldom acknowledged. In the case of England’s national team, this includes the positive influence of world-class coaches such as Guardiola, Kloppe, Pochetino, Conte, Bielsa, Benitez, Mourinho, and most recently, Tuchel. Players from minority backgrounds and heritages who are not deemed as “indigenous” are treated like subjects that must shut up and fulfil a role. If they do not meet those expectations, they must suffer the bitter consequences.

This is nothing new. Exploitation of foreign peoples has historically been central to Britain’s self-claimed “greatness”, whether looting abroad or pioneering modern slavery at home. The road out of this legacy which continues to embarrass us on the global stage is long. But it starts with acknowledging history and being grateful for—not entitled to—the critical contributions of people from different ethnic backgrounds.