“My Brother You Are Free” – Remembering Sayyid Qutb’s Farewell Poem 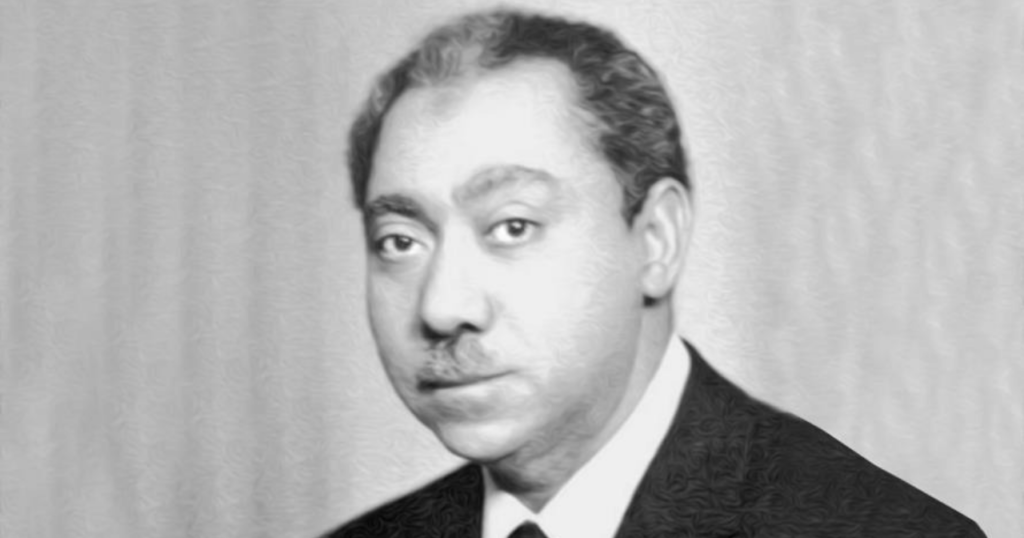 Sayyid Qutb was born on October 9th 1906 in the Egyptian town of Musha. He memorised the Qur’ān at the age of 10, before relocating to Cairo and earning a degree in literature. Qutb devoted himself to authorship and literature, and from a young age would amass books and scholarly work and borrow from shopkeepers when he could not afford these books.

Later on, he was awarded a scholarship to study in the United States. There, after a period of self-reflection and inner reformation from previous convictions, he found peace and contentment with Islām. His experience in the United States created in his conscience a wholesome understanding of the manifestations of secularism and materialism, evident before his very eyes, and was of the strongest forces of influence in inclining his heart towards Islām.

Qutb argued that the Sharī’ah is the most comprehensive system and extends to all aspects of life. He believed that the Sharī’ah would bring every kind of benefit to humanity, including personal and social peace, and unlock the treasures of the universe. [1] Qutb believed the Sharī’ah to be the only adequate basis for political governance and powerfully refuted the then-popular ideology of Arab nationalism.

Qutb published his first major theoretical Islamic work in 1949, titled ‘Social Justice in Islām’. Other works of his include ‘In the Shade of the Qur’ān’, ‘Scenes of the Day of Judgement in the Qur’ān’, and ‘Milestones’. These books are read and benefited from by millions across the world to this day.

My Brother You Are Free Behind Bars

Having lived in the ‘Shade of the Qur’ān’, Qutb determinedly carried the weight of Islām and was prepared to pay whatever price in pursuit of seeing it prevail. His death spurred life into his message, one that until today troubles Islām’s adversaries, frustrates contemporary dictators, and exhausts pseudo-religious charlatans tasked with blowing life into despots.

The poem “My brother you are free behind bars,” written while Qutb was himself confined within a cell, has left an enormous impression on those who have embraced Qutb’s same altruistic concerns. The poem follows a figurative and paradoxical style and language. Qutb wrote it whilst destined for execution for his Da’wah, yet it imparts an overpowering sense of certainty in Allāh’s universal promises (Yaqīn) in its truest form. The words of the poem demonstrate Qutb’s insistence on persevering on his Manhaj (methodology or way), and imparts remarkable clarity of outlook towards the greatest purpose of existence: Allāh’s pleasure and Paradise. Thus, without intentional broadcast, the poem naturally spread across the four corners of the earth. Just one of many sung versions online has over 10 million views—this is, God willing, the natural result of sincerity, even if one’s message emerges from inside a dark, solitary cell.

A number of accounts exist as to why Qutb wrote these heart-wrenching words, particularly as he was not known for composing much poetry. One such account states that soon before his execution, Qutb was being dragged between other inmates, and one of them could not help but ecstatically greet Qutb. Touched, and knowing what that inmate would suffer as a result of his gesture, Qutb composed “My brother you are free behind bars.”

Another version mentions that Qutb sent some words of reassurance and encouragement to his colleague Muḥyī al-Din ‘Atiyah, a poet and one of the leaders of the Muslim Brotherhood, who was also incarcerated at the time, saying:

My brother, the soldiers of darkness will perish, and on earth will a new dawn prevail … so allow your soul to radiate brightly, and observe the dawn glancing at us from a distance.”

One day it will be cut off so have beautiful patience … and the lions’ lairs will no longer bleed.

My brother, blood has gushed from your hands … refusing to be debilitated by the shackles of slaves.

When Qutb was admitted to the prison hospital for treatment, ‘Atiyah replied to him on the same rhythmical template as Qutb’s first address:

“My brother, so it seems that you have become fatigued by your struggle … and thrown your armaments off your upper back …

Who have you left to console the injured … and to raise their flag all over again?”

“My brother, today my strength is firm … razing the firm rocks of mountains.

Tomorrow I will swing a decimating axe … at the heads of snakes until they perish.

My brother, if your tears fall on me, and you drench my grave with them in fear …

Allow my remains to ignite your spirits … and proceed with them towards an illustrious past.

My brother, if we die, we will meet our loved ones. For Allāh’s paradise has been prepared for us …

And its birds are flapping their wings around us. How fortunate are we to deserve the Eternal Home?”

“My brother, I have not become fatigued by my struggle … nor have I thrown down my armaments.

Even if I am besieged by the forces of darkness … I have full conviction that the morning will arrive.

And I am confident on my path … that path towards Allāh, the Lord of Light and Dawn.

Even if I am pierced or spared … I will remain entrusted and firm on my promise.”

“My brother, go ahead and do not look back … your path is one paved with blood.

Do no turn your head here nor there … and look towards nothing besides the heavens.”

“I will avenge, but for a Lord and a religion … and I will continue on my way with certainty.

Either I will be given victory over the rest of men … or to Allāh I return to His eternal abode.” [2]

Epitomising his Message and Struggle

Sayyid Qutb’s words epitomised his message: that the believer is a slave not to his whims, desires, wealth, nor the forces beneath Allāh, but to Allāh alone.

All besides Allāh’s true slaves are restrained by materialism and the pettiness of their carnal instincts. For Qutb and those who followed his determined path of reform and struggle against tyranny, physical chains were more meagre than the chains of lusts and desires that fettered their tormentors. And 53 years on, whilst the heritage and courage of Sayyid Qutb continues to be remembered, Abdel Nasser, who once enthralled the Egyptian masses, is only remembered as a tyrant, traitor, and coward.

Qutb’s poem recalls how the believer voyages towards Allāh, delighted by his destination, utterly dependent on Him and unaffected by the schemes of man. His concern is how to free his constricted brothers in humanity to the expanse of servitude to the Lord of humanity; from the subjugation of man-made systems to the justice of Islām.

The believer shatters within himself the idolism of godlessness, and overcomes his internal fear of tyrants and kings who have embraced the pharaonic slogan: “I do not show you except what I see”[3] and “If you take a god other than me, I will surely place you among those imprisoned.”[4] The believer is not afraid to embrace the response of Yusuf ʿalayhi al-Salām: “My Lord, prison is more to my liking than that to which they invite me.”[5]

Without doubt, Qutb’s contribution to Islamic thought, reformation, and literature was underpinned by revolutionary sentiment. Many used this to criticise and accuse him of being the inspirer of ‘Takfīri’ thought (excommunication). Much like other notable theologians of the past, his works have been either segmented, separated from the cataclysmic political repression he and masses of others were facing, exaggerated, or outright fabricated.

Qutb’s struggle and journey led him to conclude that Nasser’s government was just another proponent of anti-Islamic thought and secularism. Rather than become an advocator of divine authority, Qutb believed that it was just another power assisted by Western imperialism and driven by remnants of colonialism. Qutb settled on becoming one of the most important inspirers of Islamic political activism in Egypt and across the world, and one of the most famous theologians and thinkers in contemporary history.

Fourteen years before the hanging, Qutb delivered an address at a military parade attended by Abdel Nasser himself, celebrating the fall of the Egyptian monarchy. Addressing the audience, Qutb said:

To this, Abdel Nasser replied: “My older brother Sayyid, by Allāh they will not reach you except on our lifeless bodies!”

Just 14 years later, what Qutb envisaged became a reality. He was executed at the hands of his ‘students’, the ‘Officers of the July Revolution’ against Egypt’s monarchy.

Qutb preferred death and torture to renouncing what he had declared. It is said that once he was asked: “Why were you so direct during your court hearings?” to which he replied: “Indirect insinuations (Tawriyah) are not permitted in matters of ‘Aqīdah, and it is not for a leader to take concessions.” Just before the execution rope was tied around Sayyid Qutb’s neck, some of Abdel Nasser’s junta tried to lure him to relinquish some of his positions. To this he replied:

“The finger that testifies that there is no God but Allāh in Tawḥīd during my prayer refuses to write a single word endorsing a tyrant.”[6]

May Allāh have mercy on Sayyid Qutb and those who have been killed in defiance of tyranny in Egypt and across the Muslim world. Ameen.