Joint statement: “We should respect and tolerate our differences,” say UK scholars and Imams 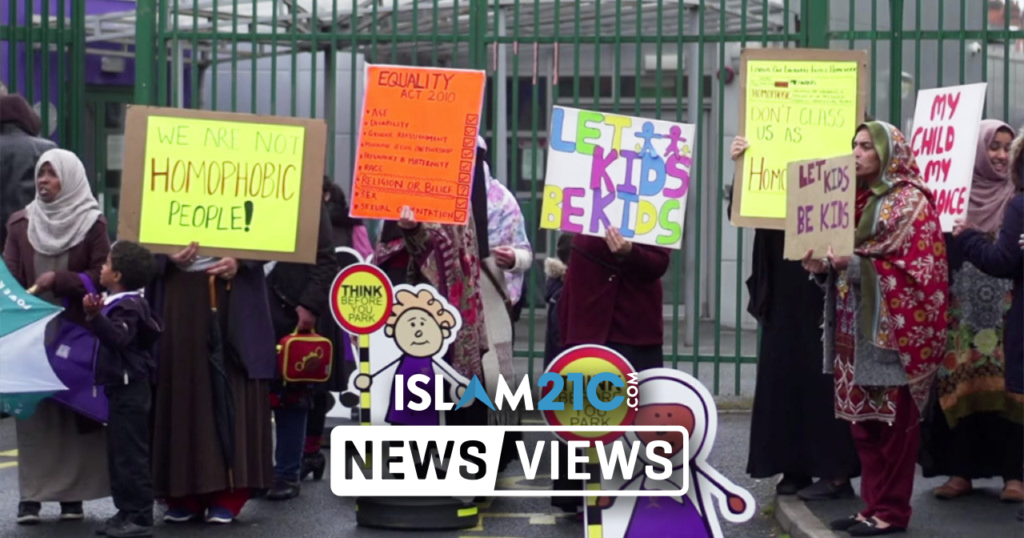 Over a hundred scholars and Imams from various backgrounds and schools of thought in the UK have called for true tolerance, after the row in UK schools over LGBT classes.

You can read the full statement and sign it below:

The statement follows recent discussions surrounding beliefs about “sexuality” and LGBT issues, which has been the subject of widespread news coverage recently.

Hundreds of Muslim parents in Birmingham peacefully protested the actions of the senior leadership at their children’s’ schools.

The protests and demonstrations, which took place outside two schools in Birmingham, were against the mandatory teaching of LGBT classes for young children. Parents argued that the classes goes against Islam and is not age appropriate.

The organisers of the joint statement also spoke in appreciation of the schools that ensured they consulted parents on the sensitive matter. They said:

“We are grateful and glad that the vast majority of schools have acted maturely so far and consulted with the parents of their pupils. As a result most schools have a harmonious approach to teaching value-laden subjects like appropriate vs inappropriate relationships, where one group does not dominate or force its views on another.”

Sheikh Dr. Haitham al-Haddad, one of the signatories of the statement, said:

“Muslims are part of the landscape of the UK, and indeed Europe, and are rightly coming to stand up for their rights. Islam has enriched everywhere it has touched throughout its history, making genuinely diverse and flourishing societies, so Muslims embracing the values of Islam are an asset to every society.

British Muslims also have the right to influence the broader culture and laws guided by their values and beliefs. They should not feel that they need to yield to the opinions and values of others, and take unjust policies and laws for granted. Rather, those who understand divine values should be active in society and strive towards bringing laws and policies in line with justice and other divine values. Enjoining what is good and forbidding what is evil is one of the core qualities of Muslims. Allah (subḥānahu wa taʿālā) says:

You are the best nation produced as an example for mankind. You enjoin what is right and forbid what is wrong and believe in Allah.

Let us all remember that unfortunately in the UK what is legal is not always what is ethical. While many improvements have been made over the centuries that have brought many laws closer to Islamic values, there is still work to do.”

Mufti Amjad Mohammed, author of ‘Muslims in Non-Muslim Lands’ and a signatory of the statement, added:

“We felt that the views of scholars must be taken into consideration as part of this debate. We are now on the verge of a new academic year starting and only one year before compulsory ‘Relationships Education and Relationships & Sex Education’ comes into effect. We hope to achieve parity and an opportunity to air our views so that they are taken into consideration. Parents and schools, as well as religious scholars, are keen that the correct level of education is provided to our young people. So we feel that a balanced, coordinated and cohesive approach would greatly benefit the children.”

The statement ends by calling for respect and to “tolerate our differences, without the enforcing of some people’s positions on others, especially children.”