This year's World Cup may be over, but Dr. Abid Mohammed has six incredible gems of knowledge from the Qur’ān and Sunnah that we can all benefit from!
Opinion 21/12/2022No Comments12 Mins ReadBy Dr Abid Mohammed 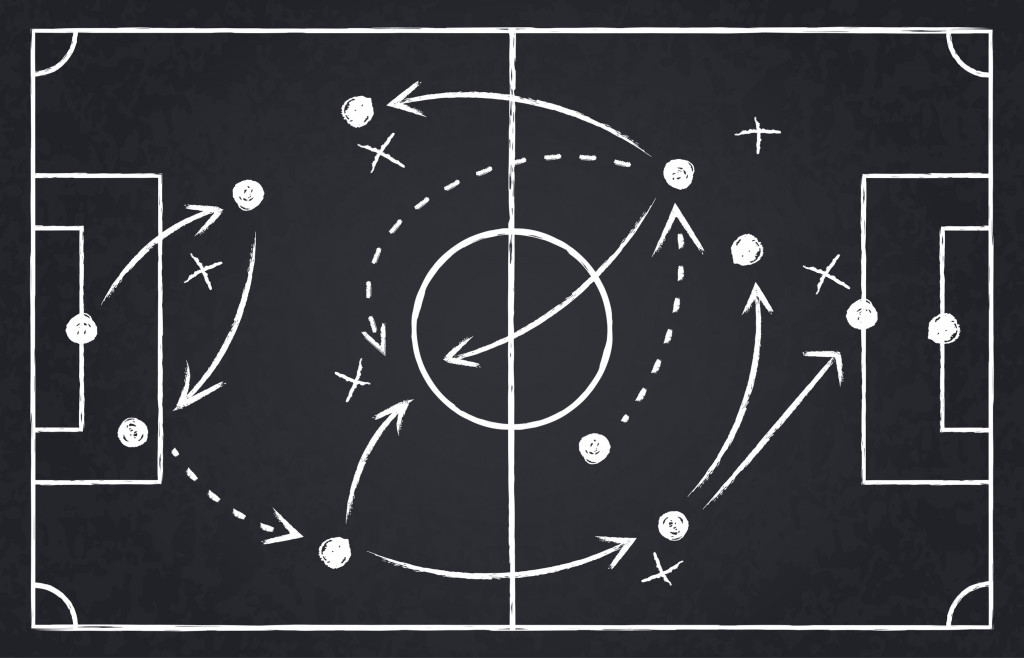 “Had there been other gods besides Allah in the heavens or the earth, both realms would have surely been corrupted. So Glorified is Allah, Lord of the Throne, far above what they claim.” [1]

France were the possession killers. While they didn’t win the World Cup, there’s much to learn from their matches. France demonstrated that possession wasn’t important – scoring goals was. They could have almost zero possession for the entire game, fooling countries like England into thinking that they were dominating them, then they would get two chances at goals, and they would capitalise on both of them. For those familiar with club football, Real Madrid did something very similar in the Champions League last year.

This is a lesson for all of us. For the longest time, it was all about how you played in football. Teams strove to keep the ball as long as possible and get into the rhythm of things before attempting to score. But this way of playing is now obsolete. And it makes sense why. No team can have 100 per cent of the possession, and the moment they lose the ball – even if it’s a handful of times – is all a good team needs to get two or three in the back of the net.

As a community, we need to ask ourselves if the tactics we are using are working. Many (if not all) the -isms that have plagued our societies have clearly failed. And yet, rather than learn from the mistakes of others, some of us are still pushing these -isms (or modified versions of them). Football is overtly clear – you either win or lose a match – but life is pretty clear, too. It’s time for us to declare what our measures of success are, and a timeframe we hope to achieve them in, and if these measures are not met, then we should adopt a different tactic, provided these tactics are sanctioned by the religion.

When England got knocked out of the World Cup, many commentators lauded the England team for their success – but some rightly pointed out: what’s successful about getting knocked out? Particularly when England has a long and illustrious history of being knocked out. What is praiseworthy about only winning against teams you are expected to win, and losing against teams you are expected to lose against?

Sometimes, we overcomplicate things, too. Are many of the steps we take necessary, or have we just fooled ourselves into taking the longer route because it feels like the shorter one isn’t as graceful? For winners, it isn’t about the journey – it’s about getting there. And if the journey we are taking isn’t getting us there, then, to paraphrase Malcolm X, “to hell with that journey!”

“If a man says the people are ruined, he is the most ruined among them.” [2]

The Moroccan team united sincerity (Ikhlāṣ) with excellence (Ihsān). They proudly waved the Palestinian flag, and didn’t let anyone score against them until the semi-finals. They celebrated their victories with their parents, echoing Yusuf (ʿalayhi al-Salām) – وَرَفَعَ أَبَوَيْهِ عَلَى ٱلْعَرْشِ – and passed the ball with the confidence of a team that’s won the World Cup before. Their star players didn’t take a salary, giving it to their less well-off staff instead, and their goalkeeper (who, being multilingual, only takes interviews in Arabic) was a master of saving penalties.

This infectious combination caused the Ummah to wave the Moroccan flag with pride – their victory was ours, their loss was ours, echoing the second pledge at al-Aqabah, between the Prophet (ﷺ) and the Ansār. For anyone doubting the love within the community, and its ability to unite, the FIFA World Cup has clearly demonstrated something that the Rasūl (ﷺ) told us over 1400 years ago – the Ummah is not ruined! If we want to continue to ride the Moroccan wave, however, we need to excel in the fields that the Ummah requires us to excel in, and we must do so, only for His sake. Then, and only then, will we see the genuine unity that exists between the hearts of the believers.

“Allah is Ever Kind to His servants. He provides abundantly to whoever He wills. And He is the All-Powerful, Almighty.” [3]

I’m not saying soft power is the solution to all our problems – it isn’t… it’s called “soft power” for a reason! But Doha did something different. They could have just copied every other World Cup, but just did it bigger and better. They could have just put an “Arab” twist on the World Cup, e.g. a tent-like stadium. But they did all that and more – each action was accompanied by the intent to publicise Islamic values that are core to the country, and the region: hospitality, modesty, professionalism, safety, family life, and prioritising one’s divinely ordained principles over material gain.

For the longest time, “soft power” for our community has meant making others fall in love with our food or our fashion. But what about our religious values that govern our eating and dressing – that offer so much to the global community than just another type of food or dress that they can add to their dysfunctional kitchens and wardrobes, respectively? Is our power purely symbolic, or is there a core that we are trying to communicate?

Social media is full of testimonials from guests in awe of what Islam has to offer. Guests who didn’t have accommodation, who were given shelter by locals at short notice, without the latter asking for any money. Women who felt safer walking the streets of Doha, than they ever felt walking near their home in their native country. Doha could have allowed alcohol in their stadiums, but they didn’t, and while they risked a financial hit for doing so, they showed the world that you could have fun without alcohol. Suddenly, living life as a Muslim didn’t appear that unrealistic to many outside the faith. One non-Muslim even posted a video on YouTube saying that the Qatar World Cup made him question his own relationship with alcohol!

The take-home message here is that we can succeed in this world, with His permission, if our intentions are correct, and these correct intentions manifest themselves in our actions. For us to communicate the core of Islam through the symbols of our religion and culture (the latter often being inspired by our religion, particularly in Muslim-majority countries), we must understand and live these core messages. You can’t give something you don’t have, and that’s reflected by our soft-power attempts – whether it’s Indian food that comes with a glass of wine, or some types of modest fashion that may be fuelling the very objectification of women that Islam opposes.

4 | Houston, we have a problem

Mbappé scored three penalties in the World Cup final, and yet when Harry Kane tried to score his second penalty against France, he sent the ball into orbit. One of the reasons that teams like France or Argentina don’t “bottle it” is their football heritage. There’s a difference between the teams that have won the World Cup before, and those that haven’t. The former generally don’t buckle under the pressure of the world stage because they have the confidence of belonging to a nation of winners – even if the win was some time ago.

There’s a reason why the Qur’ān continuously reminds us of the prophets that came before us, – we belong to a community of winners – legends who called to God and confronted the evil in this world. For those striving for His sake, be confident – you are not alone, and you tread the path of a long line of heroes, heroes who had full trust in Allah, and played without fear of what others may say or do.

“Even if the Resurrection were established upon one of you while he has in his hand a sapling, let him plant it.” [6]

The teams that lost were the ones where the players gave way to frustration. You saw it on their face when they attempted a shot on target, but instead sent their ball to presumably join Harry Kane’s on Mars. Eat your heart out, Elon! History is replete with examples where the man who kept his head in the heat of the moment, kept his head on after the battle, too! (See the Battle of Ankara.)

But often, we lose our cool. In our jobs, married lives, da’wah efforts, personal development programmes, and service to our parents – we flail our arms like Bruno Fernandes after a long-range attempt gone wide. Keep your cool, and something may materialise. After all, we do what we do, not because we want to try and dictate the outcome – the outcomes lie with Allah – rather, we do what we do, because He commanded us to.

‘Abdullah ibn Mas’ud (radiy Allāhu ‘anhu) said that the Messenger of Allah (ﷺ), the true and truly inspired one, told us that,

Every year, some England fans get carried away. The England team demolishes the Bermuda Triangle 9-1 and some fans take it as a sign that their team will reign supreme. Chants of “It’s coming home” used to be comical – now it’s just plain sad. Particularly, as we all know, the moment the England team encounters another team that has won the World Cup before, or just knows how to play decent football, the England team loses.

Let’s not get carried away here because life doesn’t reward those people who celebrate too early. When the Rasūl (ﷺ) liberated Makkah, he responded with instant humility – when we pass our exams, we go into a trance-like state for several days, with many of God’s commandments flying out the window. Let us learn our lessons from those around us – as a community, we have lots of positives to take away from the World Cup, but there’s much work to be done. This isn’t a case of being a Debbie Downer – it’s a case of trying to build on the momentum that we have as a community, rather than being “caught up in the moment” and use any victory, however small, to give birth to a thousand other victories. And we will not stop until God releases us from this worldly life.