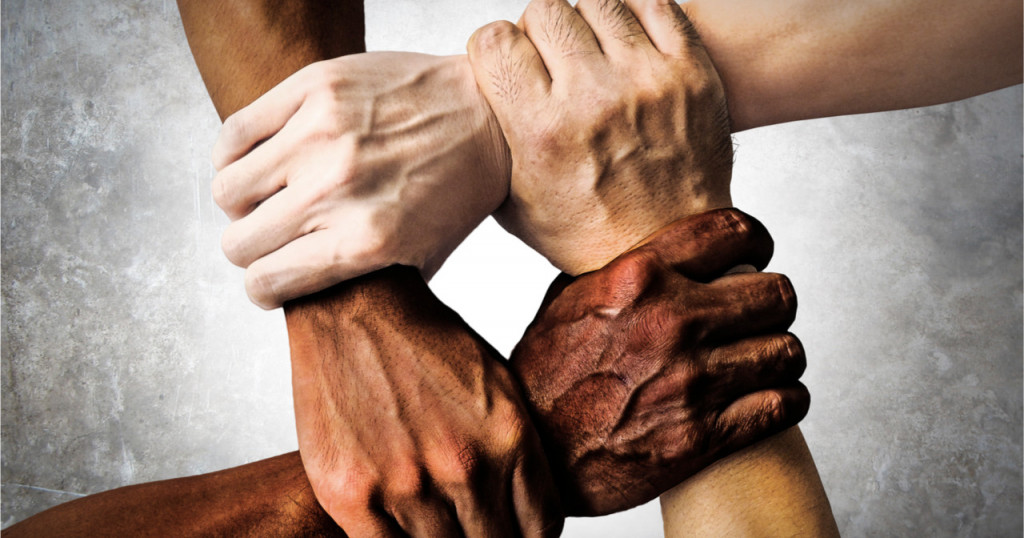 Let’s start with the facts.

It is well established that the biggest pushers and financiers of the Islamophobia industry are Zionists. A report by Spinwatch has specifically mapped out the financing of the notorious Islamophobic think tank, The Henry Jackson Society, by three Zionist organisations: the Community Security Trust (CST), United Jewish Israel Appeal (UJIA), and the Jerusalem Foundation (JF).[1] The latter two organisations are directly involved in raising money for colonies in the West Bank.

Tommy Robinson has long been propped up by substantial sums of money provided by a combination of far-right and pro-Israel organisations.[2] A report by CAGE highlights multiple overlaps between the UK’s CVE (countering violent extremism) spaces and pro-Israeli organisations.[3] Moreover, the Union of Jewish Students has always given its full backing behind the UK Government’s Islamophobic Prevent strategy.[4]

In the US, reports from CAIR and the Center of American Progress highlight how Pamela Geller, Robert Spencer, and David Horowitz are all key players in upholding the Islamophobia industry in the US.[5][6] All of these characters have publicly stated they are Zionists. The Jewish Federation in the US was caught red-handed funding anti-Muslim hate.[7] Geert Wilders,[8] a notorious fascist Dutch politician, has professed his love for Zionism and Israel many times, receiving financial support from Zionist institutions too.[9]

Just last week, all member states of the EU released a statement calling for a ceasefire between Israel and Palestinians—with the exception of Hungary. This comes as no surprise. Hungary’s proto-fascist government has been wooed and supported by Israel,[10] and it has similarly deep anti-Muslim views and policies like much of the Islamophobia industry discussed above.

Israel’s role in providing military and diplomatic support in Myanmar’s genocide of Rohingya Muslims is well reported.[11] Similarly, Israel’s relationship with India’s Hindutva movement—another ideology that is heavily anti-Muslim at its core—is becoming ever stronger. The Indian journalist Rana Ayyub reported last Sunday that the common theme of #IndiaStandWithIsrael tweets were their “visceral hatred for Muslims and a bloodlust to see Muslims massacred and shown their place”.

This is a call out:

More Indians, both in India & the diaspora, must speak out in support of Palestine.

This is a liberation struggle that you must support, especially as the connections Modi & Netanyahu and Hindutva nationalism & Zionism, continue to deepen.

At the same time, Israel uses its sophisticated intelligence and security assets to reinforce the autocracy of despotic Arab regimes,[12] making them more repressive and more dependent on Israel. Its role in suppressing the Arab Spring is well documented,[13] as is its lobbying for the US and UK to start the illegal Iraq War;[14] a war that not only de-stabilised the region, but also caused the Islamophobia industry to go into overdrive to manufacture support for the “War on Terror”.

The Israeli embassy in Ireland tweeted overtly Islamophobic images in order to create sympathy for Israel,[15] and the official ‘Israel Arabic’ Twitter account recently tweeted pictures of its bombing of Gaza, boasting with verses from the Qur’ān.[16]

Head of the Snake

The above is only a small glimpse at the overall picture. If it is not already clear, Zionism has a strand in almost every reality of Islamophobia we face as a global Ummah.

Yet when we think of Islamophobia, we still tend to think of the traditionally White, racist, right-wing aspect of European politics. However, the biggest pushers and benefactors of this new wave of Islamophobia are Zionists themselves. This highlights that out of all the actors in the political Islamophobia space, Zionists are the most well-organised.

Still today, we have Muslim communities, activists, and organisations working hard to fight Islamophobia whilst completely ignoring Zionism itself.

It is like simply giving food to the homeless without actually solving the root causes of homelessness. It is like tackling racism on the street without dealing with the culture of racism that the media and politicians create. All you will ever be doing is reacting to the powerful; plastering the problem but eventually losing.

Even today, we still have Muslim organisations and activists working and liaising with the Board of Deputies of British Jews, CST, and others in the name of tackling Islamophobia. This normalises the presence of Zionism and the demonisation of political Muslims that comes with it.

Across the board, there has to be a complete paradigm shift. We have to understand that if we only focus on Islamophobia, we will lose the fight against both Islamophobia and Palestine. But if we focus on Zionism itself, we have a chance to win both battles.

This is why, from the very beginning, the Muslim Public Affairs Committee UK (MPACUK) has been openly and proudly anti-Zionist. For us to succeed, we need Muslims and Muslim organisations to be anti-Zionist too.

How can we fight Zionism in the UK?

I. Hold public discussions on Zionism

Whether you create events in your community or masjid, on campus or through your organisation, talk about the discriminatory nature of Zionism and the apartheid state it has created.

Zionists both online and domestically have worked hard to censor public conversations about Zionism, its history, and its role as the driving ideology behind Israel’s racist apartheid state and ethnic cleansing. Various tactics—including witch-hunts, demonisation, and fake news—are levelled against those who attempt to speak about Zionism in public. Once the public fully grasps the nature of Zionism, the game is almost over.

Even mainstream media face censorship. A clear comparison can be seen in the mainstream media’s lack of hesitancy to talk about “Islamism” driving so-called Muslim terror groups, but never mentioning the role of Zionism behind Israel’s terrorism. On social media, however, we have much more room to manoeuvre, and we should use that space effectively

This latest episode in East Jerusalem and Gaza provides a valuable opportunity to open this discussion. However you do it, make sure you educate yourself and have experts talk about the subject. We need people who know what they are talking about and how to talk about it accurately. Remember, you have Jewish, Christian, secular, and even Muslim Zionists and anti-Zionists. Make sure you (and those you engage) focus on the political ideology, not the religion of Judaism.

II. Use elections to punish Zionists and reward pro-Palestinians

We have found that the MPs that replace the Zionist MPs we have kicked out go on to represent both their overall and Muslim constituents better.

Organise yourselves and your communities against MPs who have a record of supporting Israel, and rally in support of pro-Palestinian MPs. If your MP is neutral, question them, demand they take action, and watch them—see how they respond.

III. Normalise BDS in our communities and beyond

Historically, British Muslim communities never took BDS (boycott, divestment, and sanctions) seriously. We have preferred to assume that we are powerless and that our boycott (or any boycott in fact) will never have an impact. We have chosen to put petty comforts over and above the Islamic principle of struggling against injustice. We have sold out the Palestinians, then we become surprised that Zionism and its Islamophobia is now at our doorstep. Most of us do not even see this connection.

At the same time, British, French, and American Zionists have worked hard to outlaw BDS. All efforts, so far, have failed. But the point is that they see the BDS movement as an existential threat to Israel. They understand that it is not simply about the economic impacts of the product boycott, but as soon as the brand of ‘Israeli’ is toxic, business and politicians will start to quickly divest from it and take actions against it. This is the power of BDS that they fear.

In addition, we should be demanding our masājid to have a no-platform policy with individuals and organisations that support Israel. It happens all too often in the name of “interfaith”, yet the houses of Allāh should not be used to host our oppressors and their friends.

As Muslims, we must normalise BDS in our community, and as we do so successfully, normalise it across our society. BDS is already normalised in Ireland, South Africa, and a number of African states. We can normalise it here, but we have to be champions for it.