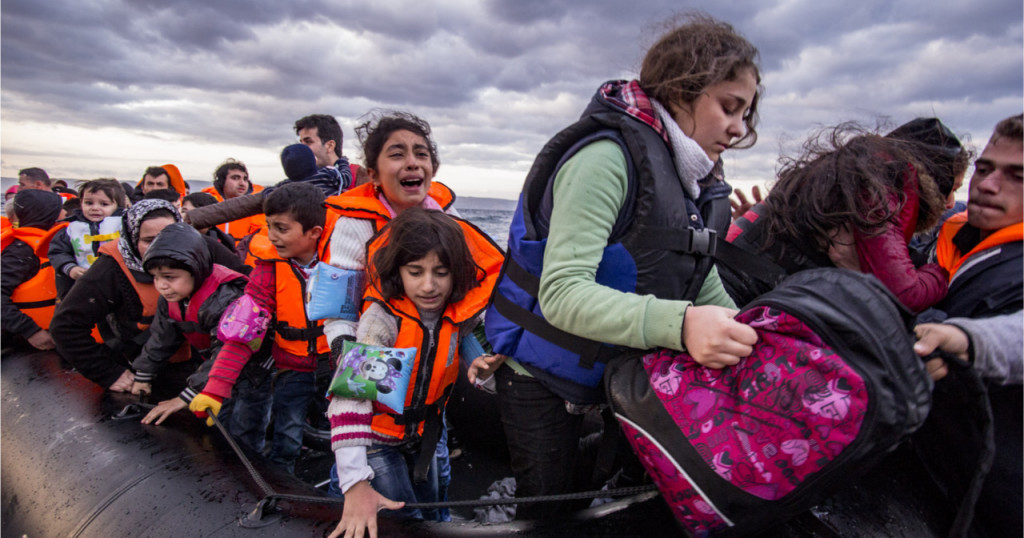 It is said that someone’s true nature and beliefs come out when they are in crisis. During the ongoing Ukraine-Russia crisis, the political and media establishments in the UK, Europe and the West have been implicitly sharing what they believe about the collective status and worth of Muslims.

Your blood, lives, and honour is worth less to us than that of “civilised Europeans”,[1] with “blonde hair and blue eyes”[2]

Muslim resistance to foreign occupation and oppression (NATO/India/Israel/Russia) is deemed as “terrorism”, while the resistance of Ukrainians is lionised. The BBC celebrates the “brave” Ukrainian women making Molotov cocktail bombs,[3] and the “heroic” Ukrainian soldier who blew himself up.[4] Some may be perplexed why we didn’t see this lionising of the Kashmiris, Palestinians or Syrians, whose women and children continue to bravely resist with rocks and stones.

Your safety, security and salvation when escaping war and famine is important, but you will be treated worse than (some) animals[5]

While Ukrainians are “welcomed with open arms”,[6] in the same countries that water-hosed, beat and sniper-shot Syrian and Iraqi refugees,[7] black West African students, workers and their families, as well as other “foreign” Muslims are now being blocked from leaving Ukraine, and being turned away at the Polish border.[8] The Ukrainian police have literally threatened them at gunpoint telling them Ukrainians have first priority (many of these West Africans are Christians).[9] Poland, Slovakia and other European countries made it clear in 2015 that they would only accept Christian refugees or migrants.[10][11]

There has been a lot of talk on LBC radio about “sending in the mujahideen” to Ukraine to fight Russia.[12][13] Of course, the West loves the ol’ “mujahideen” as cannon fodder for their foreign policy and hegemonic geopolitical interests. But it will hunt down the same mujahideen like animals, along with their families and neighbourhoods, with drones and air strikes when they have served their purpose.

Your politics are not welcome in mainstream sports

Should you raise awareness about the plight of the Palestinians (Celtic FC,[14] Moeen Ali[15]) or the Uyghurs (Mesut Ozil[16]) in mainstream sports, be prepared to be penalised or lose sponsorship deals, because we have to “keep politics out of sports”. Unless, of course, it’s a white, non-Muslim European country involved, in which case you’ll have entire teams dabbling in politics by boycotting (Poland, Sweden and Czech Republic have refused to play against Russia[17]). In fact, the sports authorities will even get involved in politics (UEFA Champions League final is being moved to Paris[18]), and an owner of a team (Roman Abramovich) is effectively being kicked out of the country.[19] Showing solidarity with Ukraine is of course a minimum, with Man City and Everton players waving and wearing flags before kick-off.[20]

Helping your oppressed could cost you your citizenship

We are often criminalised when we travel to help the oppressed in places like Syria, Palestine and Libya.[21] Whether it is taking up arms to protect people or even simply delivering life-saving aid, countless Muslims have lost their citizenship for having the audacity to empathise with the wrong type of people.[22] But just today the UK’s foreign minister, Liz Truss, said she “absolutely supports individual Brits travelling to fight in Ukraine”.[23]

Invading your countries is justified

When Muslim countries like Afghanistan, Iraq, Syria, Palestine, Mali, Somalia, Yemen (the list goes on) are transgressed upon by the West, Russia or their regional proxies, it is either to “bring democracy” (read: regime change),[24] “fight terrorism” (read: steal natural resources),[25] or to “bring peace” (read: war).[26] It is never an “invasion” or “occupation”. Even an excuse as outrageous as “because God gave us this land” is still effectively accepted in public discourse about Palestine.

Your global political ambitions are extreme

This entire Ukraine-Russia saga has much to do with the former being pushed to become more integrated into the West (NATO, and to a lesser degree the EU). All of the punditry in the western mainstream media, be it from politicians, academics, activists, journalists, or ordinary folks interviewed in the streets, has been about a “unified West” that has “shared beliefs, values and culture” of “freedom and democracy”.[27] We have seen how NATO mobilised its armoury and troops in Poland, Latvia and elsewhere to protect this European/Western bloc.[28]

However, Islamic activists and revivalist movements are labelled “non-violent extremists” and criminalised by western states for wanting a similar type of political unity, based on “shared beliefs, values and culture” of their respective regions.[29][30] That is because it would be too much of a risk for the West’s geopolitical and hegemonic interests in the Muslim-majority world,[31] and their puppet despots in those countries will ensure such aspirations will be met with brutal persecution.[32][33] So we are only permitted to make do with useless puppets like the OIC and the Arab League.

Where do we go from here?

The disproportionate and selective outpouring of (rightful) sympathy, outrage and solidarity with Ukrainians shown by the entire Western world makes you wonder: what is our actual worth and status as religious or ethnic minorities in a hemisphere whose elites send us the above messages whilst consistently claiming to champion “equality”, “liberty” and “freedom” at home and abroad?

Despite the hypocrisy and double standards towards our people, plight and values, we are not depressed but empowered to make change. Muslims, by their nature and values, build and produce civilisations. Our role is to contribute and make positive change wherever we are. As such, we will continue to convey the message of Islam, and continue to highlight and speak out against injustices and oppression that we see—whoever commits it, unlike those who only do so when it suits their interests.

At the same time, our Prophet (peace and blessings be upon him) warned us that we are not bitten from the same hole twice. We are not sleepwalking; we are wary of the double standards and hypocrisy of our elites. But we are also wary of our immense latent power to make change and steer society towards a better direction, and we will continue to do so even if we face challenges and hatred, by the permission of Allah.