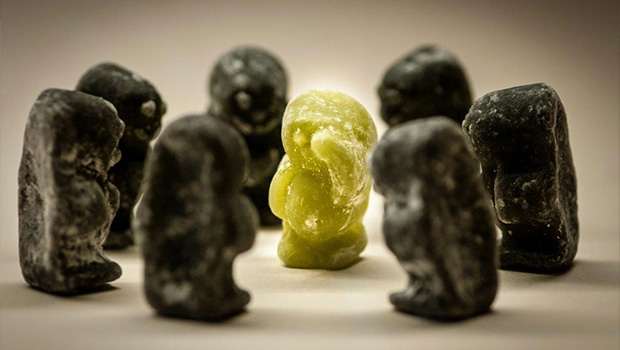 Let us not bury our heads in the sand any longer because the children of Britain need protection rather than their plight being hijacked to sow enmity towards minority communities.

The issue of child abuse is one that evokes the deepest levels of sadness for the victims and anger towards the perpetrators. It is the type of crime one doesn’t like to hear about because the thought of defenceless children being violated by older men and sometimes women, is far too disturbing and thus one would rather not contemplate it. Dreadful it is that the cold hard reality is that such crimes occur every day in every town and city up and down the country without exception.  In a radio talk about the proliferation of child abuse images and videos on the internet, a high ranking Police official admitted that data they have demonstrates that such websites are accessed in every, town, city and village on a daily basis – the implication being that they couldn’t possibly arrest everyone.

Recently Stuart Hazell admitted guilt to raping a 12 year old girl called Tia Sharpe and then murdering and concealing her body. Police found he was a regular viewer of child pornography and abuse images.[1] Criminologists are questioning the role the internet has played in taking him from petty criminal to child abuser and murderer. They are questioning how the availability of the images and abuse videos led him to move so drastically down the scale of crime severity.

Despite the recent speight of historic child abuse crimes in the media, with almost all of the accused being exclusively older white men, many facets of the media have gratified their prejudices with a lopsided focus on one particular strand of child abuse – namely that of sex gangs. Statistics based on limited sample sizes show an over-representation of men of south Asian origin. Despite this representing a fraction of overall child abuse and paedophilia, it didn’t take long for the bigots to jump on to the bandwagon.

The BNP, EDL and other such groups gleefully decry to their congregations “Muslim paedophilia” is out of control.[2]Then came Jack Straw who demanded the Pakistani community take responsibility and was the first politician to introduce race. He said  ‘there is a specific problem which involves Pakistani heritage men – of some age as well – who target vulnerable young White girls and we need to get the Pakistani community to think much more clearly about why this is going on and to be more open about the problems that are leading to a number of Pakistani heritage men thinking that it’s okay to target white girls in this way. These young men are in a Western society – in any event – they act like any other young men; they are fizzing and popping with testosterone they want some outlet for that, but Pakistani heritage girls are off limits and they are expected to marry a Pakistani girl from Pakistan typically. So they then seek other avenues and they see these young women – white girls who are vulnerable, some of them in care – who for sure have not been subject to normal parental support, who they think are easy meat and then because they are vulnerable they ply them with gifts and give them drugs and then of course they are trapped.’[3]

Others including Tory MP David Davis followed suit with proclamations on BBC Radio 2 last year, suggesting that we all apparently ‘know deep down’ that girls are targeted due to inherent misogyny in the Asian – and specifically Muslim – community. He erroneously referred to the Qur’an to support his position. Perhaps he thinks ‘Muslim’ paedophiles refer to their holy scriptures before committing such atrocities.

Introducing race into the analysis creates more problems than it solves. By analogy, one could equally argue that given that the majority of paedophiles seem to be of Caucasian origin[4] there seems to be something peculiar about White British culture that leads certain White men and women to seeing children in sexual ways. With this tenuous link, perhaps White Britons should be asked to soul search so that they too can ‘think clearly’ and be ‘more open’ to tackling this problem.

‘Different models of exploitation have been identified (i.e. not just the small fraction of cases relating to the specific issue of sex gangs). The evidence is clear that perpetrators come from all ethnic groups and so do their victims – contrary to what some may wish to believe.’ She also said in reference to her report ‘This is the most comprehensive pulling together of sexual abuse in England. They need to take it very seriously and show some leadership.’[7]

Frankly, it seems we have a society that rather than take a genuine look at itself in the mirror, wants to blame all of its ills on ‘foreign’ cultures. We have politicians who don’t want to show leadership and bring meaningful change. Rather than recognise the epic levels of child abuse and try and address its root causes such as; the role of internet pornography, the role of alcohol, the role of drugs, the demeaning of women as sexual objects in popular culture, the sexualisation of young girls, the broken care system that treats our young people so poorly. Instead, we allow ourselves to focus on a myopic aspect of the bigger problem.  Let us not bury our heads in the sand any longer because the children of Britain need protection rather than their plight being hijacked to sow enmity towards minority communities. The sad truth is these girls were vulnerable. And rather than look into how we can make them safer and the failings of the values of our own society – we would rather blame the values of a foreign land. Predators of all colours from all backgrounds will always exist. Vulnerable young girls who have been failed needn’t always exist. If there is one thing we can agree on it’s that child abusers should be dealt the most severe and stern punishment whatever their background.

Source; www.islam21c.com
Islam21c requests all readers to share this article on your facebook, twitter, and all other platforms in a bid to spread our efforts.
[1] http://www.bbc.co.uk/news/uk-england-london-22433295
[2] http://www.hopenothate.org.uk/blog/article/1607/of-lies-damn-lies-and-paedophiles
[3] http://www.politicalreboot.co.uk/2011/01/jack-straw-needs-evidence.html
[4] https://bitly.com/bundles/lutherblissett/p
[5] http://health.uark.edu/myths_and_facts_about_sa.pdf
[6] http://www.hawaii.edu/hivandaids/Behavioural_Characteristics_of_Rapists.pdf
[7] http://www.childrenscommissioner.gov.uk/content/press_release/content_486
Editor
Share. Facebook Twitter LinkedIn Email Telegram WhatsApp
Previous ArticleThe intellectulisers of hate are the enablers of the fascist Right wing
Next Article How Woolwich Became a Platform for Islamophobes