How Woolwich Became a Platform for Islamophobes 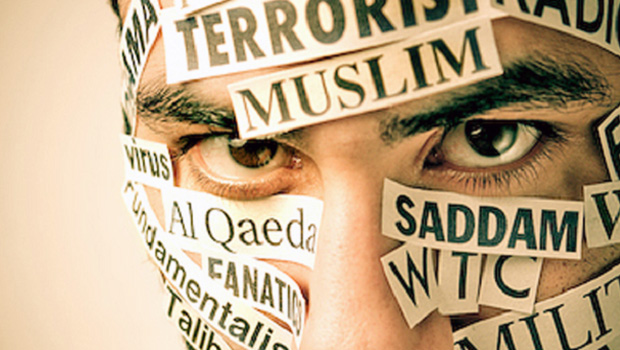 May 22nd 2013 will be remembered for the day Drummer Lee Rigby was murdered by Michael Adebowale and Michael Adebolajo. However for Muslims, it was the day that drove undercover Islamophobes to come into the open, enticing every British person to stand against anyone of the Muslim faith. Could people really be so naive to blame a nation for the mistake of one person, or is the Muslim community the cause of so much hate? One thing is for sure, this tide of hatred did not arise on that day alone, so is it really an angry response to the killing of Mr Lee Rigby alone?

The last two weeks has seen a succession of parades by the English Defence League (EDL), a mob of angry racists who claim they want to rid Britain of Muslims. Marches have taken place in numerous towns, provoking tension and fear. A number of Muslims on facebook and other media networks share accounts of being sworn at or terrorised, and cases have been heard where women have had their veils torn off. With so many accounts, it is hard to verify what is true, and a shortage of reportings has not helped. Yet, one thing that is for sure, is that Muslims are scared to go out and many try hard to stay at home unless necessary.

Brief reports in the media on the Muslim community highlight a serious backlash. On Sunday 26th May 2013, Grimsby mosque experienced three petrol bombs being thrown in, whilst worshippers, including children, remained in the mosque.[i] The two men arrested, Stuart Harness, 33, and Gavin Humphries, 37, are former soldiers of the British army. Likewise, Muswell Hill saw the burning down of the Rehma centre last week, in the early hours of Wednesday 5th June.[ii] The letters EDL were graffitied on one side of the centre. Other attacks include a burning bottle thrown inside a mosque in Milton Keynes while people attended prayers[iii] and most recently an Islamic boarding school in Bromley evacuated 128 children and staff after intruders set a fire inside the school.[iv]

Organisations such as Faith matters, who run an Islamophobia monitoring branch called Tell MAMA (Measuring anti-Muslim attacks) record that incidents have spiked since 22nd May, averaging 221 a day, compared to about 8 per day prior to the attack.[v] Yet, they maintain that many more crimes go largely under-recorded, as Muslims have become used to being abused over the years. Others have largely lost trust in the Police and feel that nothing much will be done which further results in fewer reports and further seclusion as Muslims remain too scared to go out.

An increase of racial incitement and threats on social media networks has also proven dangerous. Ideas involving pigs heads outside mosques or physical attacks spread wildly through twitter and facebook and are often acted upon thereafter, proving the seriousness of these means.

Though the media has reported these crimes against Muslims, not enough has been done to point out the irony of how the entire Muslim community has been penalised for the crime of a single Muslim, yet numerous Islamophobic attacks go overlooked in the name of anger and backlash. Surely, if terrorism is condemned, it should be done so in every circumstance. A young Muslim woman describes often being verbally abused and being terrified by ‘white, fierce looking men’, commonly shouting ‘Terrorist’ while she is alone or with her small children. Often tempted to reply, ‘who is the one terrorising?’ she has always remained quiet, fearing the repercussions.

But sadly, it is not just your typical tattooed, skinhead EDL member who has proven to capitalise  on this  killing to defame Muslims once more. On the 1st of June, former Prime Minister, Tony Blair, wrote in the Daily Mail[vi] that the “Murder of Lee Rigby proves there is a problem within Islam.” Not only did his article win the approval of EDL’s leader, Tommy Robinson,[vii] what Mr Blair so short-sightedly missed was that he himself was from the very reasons Michael Adebowale justified his actions by. In his rant after the killing, Mr Adebowale said, ‘I apologise that women had to witness this today, but in our land our women have to see the same’, proving that it was politically motivated.[viii] Nothing justifies the brutal murder of a civilian, and Muslims have condemned the killing across the UK, but a former prime Minister of all, should know that Michael Adebowale and Michael Adebolajo acted alone, and are not representative of Muslims in the UK. Two million Muslims, from a diverse range of people cannot bear the brunt of a single crime. Yet Mr Blair, you, of all people, bear the brunt of killing millions and millions of people in Iraq and Afghanistan, and no one would stop to blame the British nation for a crime that lies on your scale alone. This is from the basic tenants of the Muslim’s faith, as Allah, the Most high says:

“And every soul earns not [blame] except against itself, and no bearer of burdens will bear the burden of another. Then to your Lord is your return, and He will inform you concerning that over which you used to differ.”[ix]

Likewise, Teresa May has called for a new taskforce to deal with radicalisation, building upon the current Prevent strategy, amongst which Islamism will be tackled in universities and prisons.[x] Though some have criticised this move as a ‘kneejerk reaction’, it would be interesting to know whether this really was a response to the killing or if it was on the agenda anyway until the first probable cause came along to justify it. One would be interested to know exactly what link there was between the two murderers and the propagation of Islam in these institutes, and the answer is probably none!

In an interesting study performed by the Cardiff School of Journalism, Media and Cultural studies, showed that there was a disproportionate link between Muslim criminals and the idea of terrorism or extremism in the media, as if the two were inclusive.[xi] In the report, it was stated: “We found that the most common nouns used in relation to British Muslims were terrorist, extremist, Islamist, suicide bomber and militant, with very few positive nouns (such as ‘scholar’) used. The most common adjectives used were radical, fanatical, fundamentalist, extremist and militant.”

They also found that there was an increase in mockery towards Muslims over the last decade, scaremongering to suggest that Islam bore a threat to Britain or Christianity, and an attempt to quash the idea that Islamaphobia really exists. For example, The Express leader suggested that ‘Instead of facing up to the problem of extremism in their own ranks they are being encouraged to wallow in an imagined sense of victimhood’.[xii] And more recently, Andrew Gilligan, who gleefully wrote about how funding to monitor Islam-hate crime will be cut, as he cites that statistics have been exaggerated or wrongfully used.[xiii] What Mr Gilligan fails to empathise with, is that 12 mosques attacks in the last month, and any physical attacks on an innocent Muslim is a few too many. Even three weeks on, a member of the EDL has been reported on going on a rampage through Aylesbury, physically assaulting a 78year old woman and smashing the windows of homes owned by Asians.[xiv]

It is therefore apparent that there are a number of people who have a deep seated dislike for Islam, and cutting it at its grass roots is their solution. There is no consideration at how damaging Islamophobia can be for an individual. For every Mosque attack, hundreds of Muslims are terrified and affected. An increase in verbal abuse has left children confused and scared, and many attacks have been ignored or overlooked by members of the public who are lead to believe that every Muslim is guilty of any single terror attack in the West.  People have been encouraged to spy on students or their neighbours, leading to a sense of paranoia and fear that for any reason a Muslim may be handed over in the name of terrorism. Nobody has stopped to think of the unfair implications of demonising Muslims and the frustration and consequences it could bare. Islamophobia is a fact and a reality, there is no doubt about it. What bears a cloud of doubt above it, is why anyone in Britain would want to deny it or rather, just ignore it.

Firstly, we are reminded that the Prophet (Sallallaahu alayhi wa salaam) taught us to say the following when leaving the home,

“I depart with Allah’s name, relying on Him.  And there is no power or might but Allahs.”.[xv]

It is stated in the hadith that if a person recites the above dua and departs then there is an (unseen) proclamation that his need will be fulfilled and that he will be protected from any harm or injury. On hearing this dua, the Satan goes away from the place and refrains from troubling the reciting person.[xvi]

Also, any person who recites three times in the beginning of each day and night,

“In the name of Allah, when Whose name is mentioned nothing on Earth or in Heaven can cause harm, and He is the Hearer, the Knower.”

…nothing will harm him. In a narration by Abu Dawud, he will not suffer sudden affliction.[xvii]

Secondly, Muslims are advised to avoid confrontation, and avoid going to areas of danger. Allah tells us,

“And the servants of (Allah) Most Gracious are those who walk on the earth in humility and when the ignorant address them they say “Peace!”[xviii]

Thirdly, it is imperative to report any hate crime, whether it be big or small. One of the biggest downfalls is that we do not have the statistics to match the reality.

·         Report it to the police online https://online.met.police.uk/. If you lack confidence that they will do anything, at the least it will help statistically prove that these incidents take place.

Overall, brothers and sisters we should remain confident that we are not blameworthy for a crime that we never committed nor condoned.  The best response is for each of us to practise Islam fully and be living examples of the good that our religion brings.  Know for sure that Muslims are not at fault, it is the ones who fail to equate the honour and safety of a Muslim or Mosque to any other person or institute in this country.