Elegy for the Nation: Rise and Fall 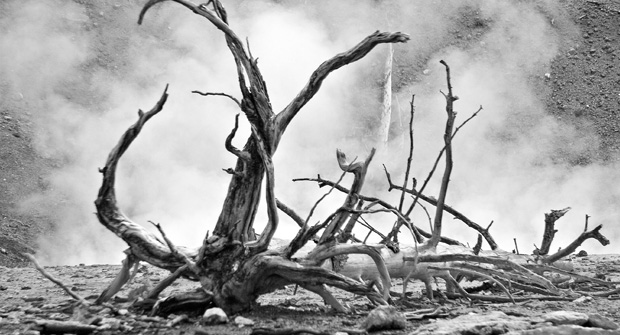 History teaches many things. Prominently, we might say that it teaches us that nations rise and fall. When nations fall, the prime cause, if indeed causes do exist in these realms, is not external conquest but internal corruption. We may object saying that we clearly see nations conquered by other nations, so surely this is ‘proof positive’ that nations do fall due to external conquest. I would respond that it is due to the very nature of internal corruption that external conquest becomes possible. This is of course a generalisation, but I think it one worth clinging to.

The process of corruption and decay needs to be understood if we wish to combat its dire consequences. Corruption takes place when a people lose their virtue. Allah says, ‘Indeed, Allah does not change the condition of a people until they change that which is in themselves.’ If we take virtue to mean something close to its original Latin sense, then we are talking about ‘manliness’ in opposition to ‘effeminacy’. By ‘effeminacy’, we should understand the opposite of virtue, a meaning that is synonymous with vice, corruption, softness (not in the gentle but in the weak sense), and love of luxury. Once a nation starts down the road to a love of luxury, attaching itself to the world and material possessions, when it follows the tails of cattle, it is doomed; sumptuary legislation might save it some might say, but sumptuary legislation must have already been ignored in order to indulge in expending on the world and its treasures. This cannot be the path of virtue when the Shari’ah has recommended abstinence, has praised and elevated the generous, and expects not from its followers excess in anything, not even worship. The loss of virtue is the fall of nation.

As nation states have developed in the modern world, people no longer are prepared to maintain their public duties, instead derogating them to others, often using claims of ‘efficiency’ and ‘effectiveness’ as excuses. This is highlighted most clearly in people derogating to the state their responsibility for their own defence and the defence of the people, and so standing armies proliferated and priestly classes were, quite literally, instituted.

Standing armies are expensive; they require large and continual public expenditure. This expenditure feeds into a debt cycle, raising taxes with the associated costs of collecting these taxes and punishing defaulters. Policing expands its remit and the penal system is fattened with the additional load; both are consequently required to divert their attention from upholding the laws of Allah to spreading themselves too thinly in watching over the laws of Man; priorities become confused and more and more money is required to administer the evolving system of control. Furthermore, the types of control become more and more intrusive, penetrating the private sphere after swamping the public one. Closed Circuit Televisions are no longer enough, we need electronic dust bins to ensure our waste levels do not exceed some fanciful limit, and we become more confused again: we are told and told and told again that we should buy and want and desire, yet when we conform to this part of modernity we fall foul of the other part that says we can no longer waste ourselves away. If we waste too much we may be fined, our bins are too heavy, our bins are too full, we must buy but not throw away too much, yet nothing is built to last… oh the quandary, the anxiety and the incessant and costly pettiness of the effeminate society!

A special point mentioned but worth highlighting again is that the provision of a standing army means an unmanly shift of responsibility for one’s own defence to the hands of others; one’s own condition is not being made better, it is changing for the worse. The establishment of priestly classes runs a similar course; religious scholarship should not be an academic enterprise, but the practical leadership in the development and cultivation of the spiritual well being of the community as individuals and as a whole; this too is a form of defence and it is unmanly to neglect it.When the priestly elements weaken and are no longer heeded, their messages stale and less than dynamic, they are unable to compete with the evolution of leisure time, of money to spend on elevating the soul so wildly and so wantonly, when before, time was spent on keeping it under control. The inversion is clear, from self control to uncontrolled, from manliness to effeminacy, from virtue to corruption; the nation will fall. The priestly sorts have only a message that seems unreal when compared to the hit when consuming adrenaline, when buying desires is more speedily achieved than waiting for heaven. The priestly classes unmanly in building temples that lay empty with insincerity; the priestly classes effeminate in consolidating positions and titles and acclaiming status unearned, going disrespected into realms of hollow abandon. All, lay man and God’s man, fall into illusion and delusion, building dreams like the spiders web, all-seeming glistening and wondrous, but disguising a deadly trap and an unstable home. How clear thinking and vision leave the effeminate, how manly virtue is destroyed by dereliction of duty and how all is hidden swimming in fantasy of no substance.

Armies face a material foe, priestly classes face the invisible foe, both are the responsibility of the individual and form a part of the relationship between individual and society. When this is fractured, unity becomes more difficult because it changes from freedom to obedience, balance is lost and the equalities of our humanity are distorted; it is not the obedience to God that is any longer sought, it is obedience to the ordinances of Man, and there is nothing virtuous in this at all, thusly nations do not rise, they fall.