Ruining a Community: A Cyclical Process 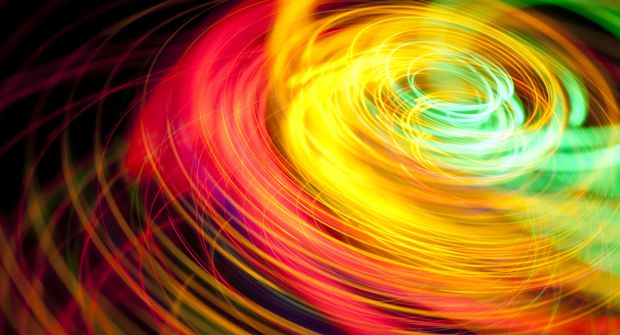 Muslims in the UK have been extremely assertive over the past two decades in dismissing media representations and stereotypes which seek to demonise Islam. If there is ever to be a decline in this representation, it will commence with the demise of negative representations of British Muslims as America and Britain’s international agenda has only just begun. The demise of negative domestic representations of Islam, however, does not mean an increase in accurate representation. What I propose it means is radicalisation, alienation, further under-achievement and lack of participation.The experiences of members of the afro-Caribbean community in the UK and the current experiences of British Muslims are not symmetrical, though they are extremely analogous. The most important analogy at present is that they are both minorities and are both the moral panics in society. Targeted communities are subjected to the ‘show business’ experience in that if you are worth the story, you are given constant coverage; the media frenzy begins to disperse only after it has contributed to destroying you. Of course, media coverage emphasises, if not creates, moral panics, but what lessons can we learn from the afro-Caribbean experience?Since the rise of immigration from the West Indies in 1948, the afro-Caribbean community in the UK has been subjugated to overtly institutionalised racism, and principally, its youth have been demonised as a threat to a cohesive society.1 There is no shortage of literature on this matter, so I’ll avoid dwelling upon established history. It is evident that assimilative policies and extremely heavy policing during the 1980s and 1990s led to the marginalisation of black youth by the police, and consequently changed the role of the police from local bobby on the beat to ‘stop and search the black man’ operations.2 The youth were stereotyped in schools and became the sample of which the self-fulfilling prophecy of failure and underachievement manifested itself (the Asian experience at that point in history was hardly any different).Sociologically, it seems that the Muslim community is destined for a similar course experienced by the Afro Caribbean community. Rates of underachievement, criminality, inequality of employment and ‘ghettoisation’ have made no significant changes. In fact, in some cases they have increased. The anti-racist movements that existed at the time of negative black representation produced a polarisation within the afro-Caribbean community. On the one hand, there were those organisations that were actively involved in promoting the anti-racist agenda, who largely seem to comprise of the middle class of the black minority dictating what the black person should be, though this notion is rejected by most as a ‘plastic black man’ or ‘sell out’. The organisations that they endorsed appeal only to like-minded middle class black children, who are brought up in very much white (but black) middle class homes. On the other hand, afro-Caribbean children who are raised in working class families suffering poverty, deprivation and poor housing continue to exist as victims of government policy and police activity.Local initiatives about embracing culture, having an appropriate identity, and being an assertive black person in society, is to most black people the promotion of a ‘white’ black man, and so is rejected. What has developed over the last 15 or more years is a distinct working class black culture. However, the creation of this culture of garage music, gangs, male ‘machoness’ and increased uninhibited sexual activity is a reaction and rejection of the initiatives of the government in encouraging certain segments of the black community to promote their definition of ‘blackness’.

While the ‘elite’ of the black community managed to secure streams of funding, the media and government think that the problems will solve themselves. There has been negligible mention concerning the genuine problems within the black community, even though such evidence emerged from the recent shootings in London, the riots in Birmingham, and of course, the tragic death of Damilola Taylor. The media has failed to cover the issues, perhaps because they were not as entertaining, or possibly because they are the same problems we were aware of a decade ago. But that also has meant lack of public awareness, and a lack of influence on the activities of the government in addressing these issues. Of course, it raises the question of who actually runs this country, and the responsibility that the media should take. But it also raises another important issue.

When the media choose to focus upon a certain community due to government policy or other factors, it contributes to the demonisation and reinforcement of negative characteristics of that community. So much so, that the very people within that community believe that the misinformed representation is actually an accurate one. The whole process is cyclical, and it means consistent reinforcement of these communities as moral panics, ensuring a lack of class mobility. It begins with the sensationalisation of threatening fringe activity and leads to the demonisation of the very characteristics that the whole community stands for, whether it be their ethnic or religious belonging. After one or two decades of alienating the community, the whole framework of understanding it, even by academics and youth-work organisations within the community, is tainted by an ill-defined idea of what is really going on. Subsequently, the media and government abandon the community, leaving the organisations that have adopted their framework of understanding to implement identity shifts within it.

While this process has already happened in the afro-Caribbean community, the recent crimes will results in an increase in the same activity. Community organisations will now be given the opportunity to engage with the youth, and a certain criteria of ‘blackness’ will need to be adopted in order for these organisations to receive local regeneration funding. On the face of it of course, black people delivering black programs seems a romantic picture, and so the process is rarely objected to.

Not surprisingly, the same process is under way within the Muslim community. Quite ironically to many Muslims, The Muslim Council Britain (MCB) was recently named as an organisation not worthy of government funding, perhaps because it was emphasising the wrong issues, like the illegality of the war in Iraq, that is, reinforcing the wrong element of ‘Muslimness’ in the community. Similarly, recent new youth-work organisations promoting self-identity, self-esteem and self-confidence in Muslims; who provide life skills and ‘spaces to explore their spiritual identity’, promote a very left-wing, liberal universalistic and individualistic approach to Muslim identity. Members of the Muslim community, just like those of the afro-Caribbean community, suffer from institutional problems such as education, housing and poverty, and not from personal problems such as self-esteem and lack of exploration. To denigrate the problem to youth identity is to shift the blame from institutions failing to engage these young people, to the communities themselves, who have allegedly failed to integrate because of their cultural, religious or even pathological tendencies.

Based upon the model I have proposed, the next phase for the Muslim community will be abandonment by the media and government as if the community has ceased to exist. This will reinforce the current social problems it has already suffered from, with added demonisation and alienation due to the ‘war on terror’. Meanwhile, local initiatives from organisations will attempt to re-shape Muslim identity with the funding it receives, delivering government initiatives, but failing to address the institutional problems imposed upon and reinforced within the community. The community will be left to decay, and in years to come, crime and prison percentages, gang affiliation, anti-social behaviour and increased levels of underachievement will be highlighted in random spotlights by the media. This will only serve to repeat the cycle, as is currently occurring with the afro-Caribbean community. New initiatives arise promoting a new middle-class elite Muslim identity, shaping the work of ‘Muslim’ organisations and academia, and re-alienating already troubled communities.

I believe that this has already begun in the Muslim community, whereby Muslims are demonised and new initiatives have arisen promoting a ‘moderate’ British Islam. However, it is more dangerous for Muslims, as variations in promoting ‘Muslimness’ can involve grave consequences for a faith community. Youth work and regeneration organisations have already adopted the promotion of identity I have described. I don’t think they can be blamed for this, as they are simply trying to implement solutions to the perceived problems. However, even more hazardous are religious sects and Muslim ‘academic theologians’ using the situation for self-promotion at the cost of others, in what is supposed to be one and the same community. Perceived to be the opinions of Muslim academics by many followers, it seems they are even guiltier of promoting a superior and elitist Muslim version of ‘blackness’ (i.e., British ‘Muslimness’) that developed in the afro-Caribbean community some years ago. What may seem to be inevitable during this process further indicates a gloomy depiction of the future. However, it should serve to highlight questions members of the community should be asking – who is shaping my identity, and how?

1. See, for example, literature on Immigration of West Indian Community. Citizenship and Immigration in Postwar Britain (Handell Hansen, 2000) is a good introduction to racist policies surrounding immigration and non-white settlement.
2. See Gilroy’s work into Black culture and the ‘inherent’ link with crime: There Ain’t no Black in the Union Jack (1987).