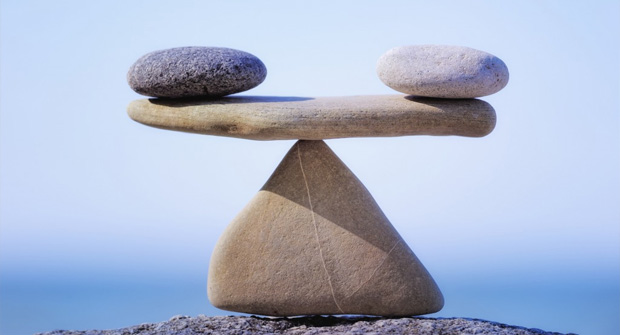 Increasingly, Muslims nationwide are bombarded with the media’s adaptation of Islam and its principles. Consequently, the West is fed a misrepresentation of what a moderate Muslim should be. However, is it the West or Muslims themselves who hold control over the definition of ‘moderate’ Islam? Is Islam an autonomous entity free from the clutches of the West, or have we once again been subjugated to colonialisation and deceived into believing that the West ultimately knows what is best for us? The aim of this article is to redefine the Western notion of Islamic ‘moderatism’, and analyse the methods by which the government and its politicians have sought to redefine ‘mainstream Islam’.

The term moderate is a fair one in which to describe adherents of the Islamic faith who practice their religion. However, the point of contention seems to be the methodology of adherence and the degree of conformity to Islamic norms. So what is true Islamic ‘moderatism’? Theologically, Muslims are required to follow the Qur’an (word of God) and the Sunnah (prophetic traditions) in their doctrinal beliefs and actions, while establishing these two sources as an authority within law. Allah states in the Qur’an that Islam is a way of life, a deen, which has been selected for mankind in order that they attain felicity, ‘This day have I perfected your religion for you, completed My favour upon you, and have chosen for you Islam as your deen’1. Thus there are beliefs and actions which are indubitably considered core principles of Islamic doctrine such as believing in the monotheistic nature of God, accepting the prophethood of Muhammad (pbuh), believing in the divine inimitability of the Qur’an, observing salah (prayer) five times daily etc. Failure to accept any of the core principles of Islam levels a charge of disbelief, just as rejection of doctrinal catechisms result in excommunication from the Church. Muslims believe Islam is a perfect way of life, and thus, religious observance is not regarded as rigid orthodoxy, but as submission to every decree of the Creator. Furthermore, in order for an act of worship to be accepted by God, there are two basic conditions; The action should be underlined with a pure intention to seek the pleasure of Allah, and it should be performed in conformity with the sunnah (method) of Prophet Muhammad (pbuh) which is the most noble method, ‘And thou (Muhammad) standest on an exalted standard of character’2 and, ‘Ye have indeed in the Messenger of Allah a beautiful pattern (of conduct) for any one whose hope is in Allah and the Final Day’3. Thus, theologically, those who adhere to the Qur’an and Sunnah have merely acted upon that which was commanded, ‘O ye who believe! Obey Allah, and obey the Messenger’4. To claim that such adherence is ‘radical’ is to foolishly imply that Islam in itself is a radical religion, as the deen itself is an epitome of the Qur’an and Sunnah.

Islamic law also allows for ‘urf (customs) which are specific to a certain area or people and facilitates ease for non-Muslims who wish to convert. For example, we see this is apparent from clothing worn by Muslims globally. In Malaysia and Indonesia, Muslim men don sarongs with kaftan shirts, whereas Muslim men in the Middle East tend to don thawbs (long robe like garment) which are usually white due to the intense heat from the sun. Thus, to wear clothes other than the thawb is perfectly permissible, as long the Islamic principle is adhered to whereby the garment must cover one’s awrah (private parts/areas). Similarly, mosques differ in design, which are usually based upon the aesthetic preference of a certain culture, but still include the pulpit, a mihrab (a niche indicating the direction of prayer) and a minaret.

Muslims to the ‘left’ of the mainstream, on the other hand seek to modernise Islam, and ensure its progression through a process of ‘contamination’ and ‘watering-down’. Increasingly, ‘house-Muslims’ such as this are given the honour of being ‘upholders of true Islam’ by the media and government, much to the despair of many moderate Muslims. It is these very same moderate Muslims that perceive these ‘liberals’ to be an increasing threat to Islam. To many Muslims, people such as this are considered to be extremists. The ‘house- Muslims’ impertinently assert that many authentic practices found within the Qur’an and Sunnah are archaic and need to be revised, holding the view that things such as the beard and veil are mere Arab customs and they also seek to replace Islamic law with democracy. To that extent, liberal Muslims have increasingly aligned with western norms disregarding Islam and have sought to secularise the Islamic faith which they increasingly believe is a legitimate cause due to support from the government. However, recent calls for a ‘progressive’ British Islam prove to be completely contradictory to the Islamic faith. Which part of Islam are we seeking to progress? Is it the commandments of God? If one believes that Allah is all knowing, then which aspect of His knowledge do we believe we can improve upon? Furthermore, in asserting the expediency to re-evaluate Islamic belief and law due to modernity, liberal Muslims imply that Islam lacks universality and is not applicable in the contemporary age. However, Islamic law is practical in any realm and era. Elements of Shari’ah have always been fluid to social customs and norms and will continue to do so, as long as such fluidity remains within the confines of Islamic legal principles.

To attempt to secularise the Islamic faith is to claim that the law of God is not the most supreme system of governance. Allah states, ‘…The command rests with none but Allah. He declares the truth, and He is the best of judges’5, and we as Muslims are obliged to believed this. There has never been a Muslim in a position of authority who has called for the establishment of shari’ah in its entirety within the UK. Instead, this has been a form of scaremongering by the media, government, and many liberal Muslims.

Despite there being a strong presence of liberal Muslims, there are also those that are extreme but in a different manner. They are those Muslims who effortlessly call for the takfir (declaration of disbelief) of those who oppose their ideology, and are driven by contempt towards the West. Extremism in Islam is to take a course adverse to that of the middle way, and thus there are two types of extremism; to fall short of the deen, or to exceed its boundaries.

Moderate Muslims do not seek to establish Islam as a juxtaposition of the west; rather, Islam is a way of life which transcends all political boundaries and cultures. Muslims adhere to Islamic principles regardless of governmental alignment or lack thereof, as the purpose of observance is solely to seek the majestic pleasure of Allah.

The government has perpetuated its own version of Islam and called it moderate, aligning themselves with outspoken Muslim liberalists in an attempt to ensure the secularisation of the Muslim masses. Evidently, the government has successfully managed to do so with the Church, whereby many Christians do not hold firm convictions in their faith but acknowledge it as a cultural heritage. However, a report entitled ‘Living Together Apart’ which was researched on behalf of Policy Exchange, a conservative think tank which claims that, ‘Our research into the attitudes of Muslims in Britain showed that there is a growing religiosity amongst the younger generation of Muslims. They feel that they have less in common with non-Muslims than do their parents and they show a stronger preference for Islamic schools and sharia law. Religiosity amongst younger Muslims is not about following their parents’ cultural traditions, but rather, their interest in religion is more politicised. There is a greater stress on asserting one’s identity in the public space, for example, by wearing the hijab’6. The report emphasises that the real moderate Islam (the version demonized by the liberal Muslims) is the growing and dominant Muslim sentiment whereby younger Muslims are opting for an Islamic approach to the personal and public realm. Younger generations are opting for an observant Islamic methodology, as opposed to their elders due to a number of factors such as education and an increased sense of Islamic identity. Ms Munira Mirza, the chief author of ‘Living Together Apart has also failed to acknowledge the fact that most young Muslims are of Asian descent and are educated to a much higher standard than that of their parents. Consequently, they have also studied Islam to a level by which they have acquired a greater understanding and are not easily influenced by fictitious theology propagated by liberalists who implement governmental agendas. Furthermore, ‘Government policies to improve engagement with Muslims make things worse. By treating Muslims as a homogenous group, the Government fails to see the diversity of opinions amongst Muslims, so that they feel more ignored and excluded’7. Moderate Muslims who are observant of Islamic norms should be recognised and not demonised for their beliefs, and every attempt should be made by the government to accept the legitimacy of a growing sentiment in order to allow its voice to be heard, and in effect, lessen widespread antagonism between moderate Muslims and the government.