The West: Its own Greatest Fear 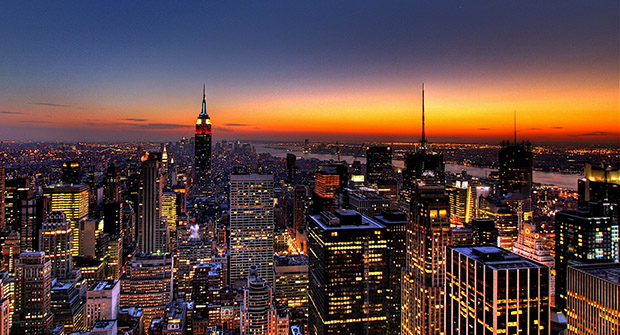 “And when it is said to them, ‘Make not mischief on the earth,’ they say, ‘We are only ones who put things right.’ Of a surety, they are the ones who make mischief, but they realize it not.” (Al-Quran 2:11-12)

A roll-call of Western leaders has over the last few years wanted the world to believe that the most serious threat to it is “Islamic terrorism”. Bush, Brown, Blair, Merkel, Putin, Howard, and others have said it at one time or another – for some it has been their official mantra. The forgotten fact is that the countries which these leaders have presided over have over the last century been directly or indirectly responsible for more deaths and suffering in the world than can be attributed to any Muslim country or  so-called Islamic terrorist organisation.

Let us put aside the centuries of wars and bloodshed that either took place on or were planned on medieval Europe’s soil. Let us go back no further than the turn of the 20th century when much of the world was under the clutches of Western colonizing powers who had already slaughtered thousands of ‘rebels’ in ruthless clampdowns in Africa,  India (Britain’s brightest jewel) , and  the Middle East. These armies and their masters were sustained by the wealth and resources of the land that rightfully belonged to the very people they were killing. This is how colonial powers went about their business as they competed with each other to further their own strategic ambitions and strengthen their spheres of influence.

The Western injustices of the preceding centuries were then visited upon its own self. Between 1914 and 1918 and in a war triggered by  the century’s earlier example of Serbian nationalism, an unimaginable 20 million soldiers and civilians lost their lives. They had barely recovered when within a mere 20 years, a generation was submerged once again in what was going to be the deadliest conflict in human history; the second world war witnessed the death of a staggering 70 million people,  mainly civilians. The worst examples of racism were enacted against Jews, Gypsies and others by none other than Europeans who were at least nominally Christian. In that period, the world also witnessed one of the greatest atrocities of recent history in the bombings of Hiroshima and Nagasaki, carried out at the orders of President Truman, which together cost some 220,000 (mainly civilian) lives. Then, as today, a shameless and perverse Machiavellian logic argued for this indiscriminate and inhumane murderous act:  the ends justify the means.

Following  the end of the war, the world witnessed the arms race of the Cold War and many a time humanity teetered on the brink of a third world war as America and the USSR amassed an arsenal large enough to wipe out entire nations. Israel by this time had already been established and was recognized and supported by the Western powers, having been born as it was following acts of terrorism and the unjust expulsion and persecution of the local Arab population as occurred at Deir Yaseen.  This is the event etched in the mind of every Arab as the ‘nakba’, or catastrophe. In the 80’s, the Soviet Unions expansionist vision led to the invasion of Afghanistan, which was to have disastrous consequences for them. In parallel, and on other fronts, America continued to meddle via the CIA in the most unscrupulous methods in countries across the world.

It was Europe that was once again to be the setting for one of the worst atrocities in post – war Europe, with the genocide of over 100,000 mainly Serbian Muslims in the Balkan war that lasted from 1992-95. Extreme Serbian nationalism once again raised it ugly head in Kosovo a few years later. The latter time Europe had to intervene to save face. Then came Iraq. The first Gulf War against America’s one time ally was followed by the strangulation and slow death of a nation by unjust sanctions that punished an already oppressed people – punished for being under the grip of a dictator they did not choose. The second gulf war was only the final swipe of the matador against an injured bull, in a war initiated on the basis of a fabrication, to further the West’s appetite for oil and its strategic geopolitical interest. Iraq and its people were dispensable.

And then there is the quagmire that is Afghanistan. The only nation that has ever used the atomic bomb this time unleashed its daisy cutters and terrible bombs on the nomads of Afghanistan to punish a nation for harbouring a terrorist. Very few know that the US itself could be incriminated for the very same crime for which it was punishing the Afghanis. The US has for years harboured the Venezuelan terrorist Luis Possada Carilles, responsible for hijacking and killing of numerous innocents. But of course, American and Western actions can always be justified. And in the words of Chomsky, terrorism is what you do to us and not what we do to you.

Can any Muslim country, organization or individual either today or in history compete with such a prolific record of causing bloodshed and suffering as the orgy of death the Western powers have indulged in within just the last 100 years? Of course, other nations – including Iraq – have had their own unfortunate track record. But they cannot compete against the West’s achievements. The urbane men in Gucci suits exiting Jaguars and Cadillacs are potentially more dangerous and have the capacity to cause more loss of life than the bearded, barefoot shepherds of Afghanistan or bedouins of Arabia. It is their short sightedness, greed for power and injustice that has bred more injustice and increasing bloodshed.  It is their disregard for human life, especially of the other, that has lead to reactions leading to more loss of life.  In comparison to the Western powers with the awesome armaments at their disposal, so called Islamic ‘terrorists’ are a negligible band.

What Iraq has taught the world, and should have taught the US and the UK, is that for all their military might and purported intelligence, the Western governments – who have in their hands the triggers for a mighty nuclear arsenal, and married as they are to the hugely influential military industry –  do not always know what they are doing, or the consequences of their actions. And as the two World Wars, Vietnam, Iraq and now Afghanistan all teach us, they often do not know how to terminate the chain reaction of conflict and loss of life that their actions initiate. Their belligerence has too often caused much suffering to too many people. “Islamic terrorists” cannot match them by a long shot.

Injustice breeds injustice and the desire to retaliate, which leads to greater violence. In the words of Gilbert Achcar, an expert on Middle East affairs, the response to terrorism should be justice: political justice, the rule of law, social and economic justice. But in their arrogant short-sightedness, leaders and policy makers in Western Capitals do not see this as their interest. What recent history teaches us is that the biggest threat to the West, and indeed the world, is not from Islam but instead from the West itself.