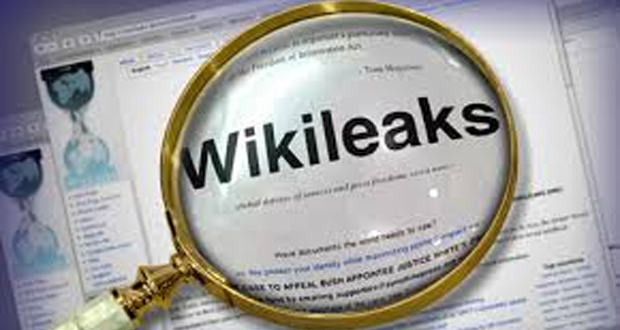 We’ve all waited for something like to this to happen, although, most people probably thought that it was the stuff Hollywood is made of – a world superpower exposed and globally discredited by a small but seemingly growing army of journalists and military personnel. Wikileaks, a group and internet site dedicated to ‘seek, receive and impart information and ideas through any media and regardless of frontiers’[1] has been at the forefront of the media in the past year for the many exposés it has carried out, much to the infuriation of the US. The philosophy of the organization is indicated through the personal blog of Julian Assange, editor in chief of Wikileaks, who writes,

‘The more secretive or unjust an organization is, the more leaks induce fear and paranoia in its leadership and planning coterie…Hence in a world where leaking is easy, secretive or unjust systems are nonlinearly hit relative to open, just systems. Since unjust systems, by their nature induce opponents, and in many places barely have the upper hand, mass leaking leaves them exquisitely vulnerable to those who seek to replace them with more open forms of governance. Only revealed injustice can be answered; for man to do anything intelligent he has to know what’s actually going on.’[2]

Indeed, Wikileaks has become more of a threat to the US administration and its interests than any foreign power could dream to be (given that they’d probably be exposed in the process), whilst simultaneously demonstrating the power of the media – that they effectively control popular influence and perception, and much like multi-national corporations, they can prove a threat to States.

It is that threat that we are most interested in, for in analysing the role of Western Muslims in opposing western hegemony in foreign lands; it is more than evident that we should be at the forefront of supporting Wikileaks and their efforts to expose the truth about western wars in the Orient. This is undoubtedly a form of warfare against the tyranny of corrupt politicians and malicious self-serving governments.

It is such corruption and tyranny that has gone unchecked for quite some time, but with all those who consider themselves powerful, the fall is inevitable. God the Most High says,

‘For every nation there is a term appointed; when their term is reached, neither can they delay it nor can they advance it an hour (or a moment).”’[3]

Many Muslims and non-Muslims alike have prayed wishing that such a fall would come sooner rather than later, and indeed it has, albeit in an unexpected fashion.[4] Allah says,

“Or do they intend a plot? But those who disbelieve are themselves in a plot!”[5]

Some Muslims may have envisaged a global war with AK47 and RPG touting combatants engaged in guerilla warfare against US armed forces. Yet, these Muslims must keep an open mind that resistance is manifested in many forms, and should always be conducted with the intention to oppose or resist tyranny. In considering current events related to Wikileaks, we must keep in mind both the means of opposition and its aim, for many a time the means itself becomes the aim. In reference to rogue states that have continuously flouted international laws to which they claim to subscribe as well as disregarding any value that may be afforded to human life, it is the overt duty of all those who profess to believe in God and/or stand for justice to oppose the tyranny of Powers who act as being beyond reproach. Thus, the intended outcome or aim of such resistance is to oppose foreign occupation in a way in which US forces be expelled from occupied countries as well as American ability to support despotic regimes around the world. There are countless scenarios, both in the Prophetic life as well as in our own situation, where politics and policy take precedence to other forms of resistance, and arguably, Wikileaks has become the greatest (corporeal) weapon those who oppose Western hegemony hoped to acquire.

Evidently, the Americans are scared, and in a flurry of press conferences and releases, the US administration has claimed that Assange is guilty of theft and treason, yet the man was given the information and is not a US citizen to have committed treason. However, unproductively, Assange has opened himself to suspicion given his past sexual exploits that have come to tar his good work.[6] It is surprising that someone who undertakes such noble work manifest such open immorality. Furthermore, his alleged dealings with Israel leave many questioning his sincerity to wanting to expose all unjust governments.[7]

Ironically, the US administration felt no shame in exposing itself openly proclaiming that Assange’s leak of the cables threatened the ‘interests’ of America – as if we care for them. The mere fact that they had the audacity to articulate their supposed right to do as they wish without impediment (in the name of American ‘interests’) only serves to reinforce the fact that the American government has become an extremely malign force in the world to which the world must respond.

‘Are your disbelievers better than these (who have been destroyed)? Or have you immunity in the Divine Scriptures?Or do they say, “We are a great multitude, and we shall be victorious”?Their multitude will be put to flight, and they will show their backs.’[8]

As for western Muslims, the response is even more required as God the Most High has ennobled us with the upmost morals and values and commanded us to enjoin good and forbid evil[9] as well as providing us with various avenues to do so (and even more so than other Muslims around the world). Thus, Wikileaks should be supported in its work in exposing unjust governments by raising awareness of its exposés in addition to financially contributing to its work. Although it may be argued that Wikileaks has its own agenda (and not necessarily one always in favour of the Muslims), it seems about time that Western Muslims learn to communally strategize just as the world around us has been doing for quite some time.

‘…and consult them in the affairs. Then when you have taken a decision, put your trust in God, for certainly, Allah loves those who put their trust (in Him). If God helps you, none can overcome you; and if He forsakes you, who is there after Him that can help you? And in Allah let believers put their trust.’[10]