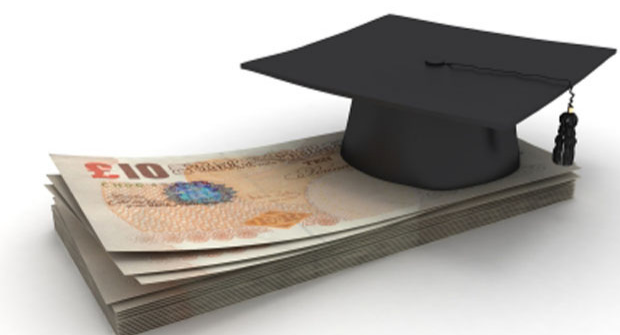 I have recently been approached concerning supporting the campaign against the increase in tuition fees that was approved by Parliament a few days ago (although it may be repealed if a repeal receives enough backing from the House of Lords). I affirm that the campaign should be supported bar the un-Islamic or illegal elements undertaken to attract attention. Ironically, it should be noted that the first people to launch a campaign against the dramatic increase were Muslim students in the form of the Federation of Student Islamic Societies (FOSIS) which, quite expectedly, failed to receive media coverage.

Raising the tuition fees from £3,290 up to £9,000 makes it terribly difficult for an average family in Britain (the average income for a household in Britain is between £25,000 and £30,000) to support their children up until graduation. This means that university education will be left for those who can afford it – the rich. Thus the elite will remain as they are, powerful and in control, whilst both the working and middle classes will have limited access to higher education. This is a typical example of discrimination based on wealth in a society that then contradictorily calls for justice and equality. The government feigns attempts to reduce the national deficit yet is willing to fork out £20 billion on renewing Trident.

Currently students repay 9% of all income above £15,000 although Lord Browne recommends that this threshold rise to 9% of salary above £21,000. The interest rate will also rise so that student loans will accrue 2.2% interest above the Government’s rate of borrowing – a total of 5.3% at current levels. The report also recommends cancelling a student’s debt (if not completed) after 30 years as compared with 25 years currently in effect. The implications of this is that those students who come from wealthy families shall suffice, but the overwhelming majority will have to take out loans to pay for a university education consequently creating a culture of debt where it will be seen as a norm in society. Under such conditions, people will simply be working to pay off debts rather than concentrating on the financial stability of their families.

Islam, generally speaking, is in favour of education with the first chapter of the Qur’an to be revealed commencing with the command to ‘read’. The more a society is educated, the more it becomes receptive to rational discussion and argument and free from being enslaved ideologically and intellectually by either human beings or by their desires. Education affords young people in society the ability to challenge ideas that are force-fed to them through various media outlets, and hence, they are the best people to make a change. The Qur’an commands us to reflect upon the creation of Allah, His laws that he has created in nature and what has befallen previous nations. It is also well established that Islam commands us to enjoin good and forbid evil as well as to co-operate in maximising whatever is good and minimising whatever is bad.

“You [true believers in Islamic Monotheism, and real followers of Prophet Muhammad SAW  and his Sunnah (legal  ways, etc.)] are the best of peoples ever raised up for mankind; you  enjoin Al-Ma’ruf (i.e. Islamic Monotheism and all  that Islam has ordained) and forbid Al-Munkar (polytheism, disbelief and all that Islam has forbidden), and you believe in Allah. And had the people of the Scripture (Jews and Christians) believed, it would have been better  for them; among them are some who have faith, but most of them are Al-Fasiqun (disobedient  to Allah –  and  rebellious against Allah’s Command)”.[1]

“Help you one another in Al-Birr and At-Taqwa  (virtue, righteousness and piety); but do  not   help one another in sin and transgression. And fear Allah. Verily, Allah is Severe in punishment.”[2]

Additionally, universities provide an open atmosphere where students from diverse backgrounds can meet and discuss matters of concerns, exchange ideas, challenge ideas, and endorse the best of them. All these are aims that Islam regards as favourable, and so, I call upon Muslims to support such initiatives whilst remaining within the boundaries of the law, and most importantly, those of the sharῑ‘ah.

Notes;
Source: www.islam21c.com
Islam21c requests all the readers of this article, and others, to share it on your facebook, twitter, and other platforms to further spread our efforts.
[1] 3:110
[2] 5:2