Are you ready for our first ever NATIONAL CAMPAIGN?
Home / Analysis / Liberalism and Secularism: One and the Same 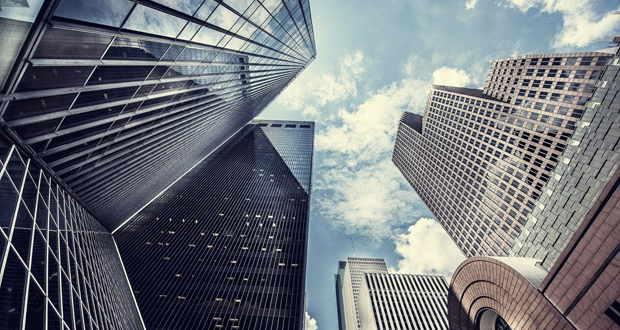 Liberalism and Secularism: One and the Same

Back in June, I wrote three columns (“The Three Atheists,” “Atheism and Evidence” and “Is Religion Man-Made?“) about the recent vogue of atheist books, books that accuse religion of being empty of genuine substance, full of malevolent and destructive passion, and without support in evidence, reason or common sense.

The authors of these tracts are characterized by professor Jacques Berlinerblau of Georgetown University as “the soccer hooligans of reasoned discourse.” He asks (rhetorically), “Can an atheist or agnostic commentator discuss any aspect of religion for more than thirty seconds without referring to religious peoples as imbeciles, extremists, mental deficients, fascists, enemies of the public good, crypto-Nazis, conjure men, irrationalists … authoritarian despots and so forth?”

In a similar vein, Tom Krattenmaker, who studies religion in public life, wonders why, given their celebration of open-mindedness and critical thinking, secularists “so frequently leave their critical thinking at the door” when it “comes to matters of religion?” Why are they closed-minded on this one subject?

An answer to these questions can be found, I think, in another publishing phenomenon: the growing number of books and articles dedicated to the rehabilitation of liberalism both as a political vision and as a self-identification of which one needn’t be ashamed.

A recent example is Paul Starr’s “Freedom’s Power: The True Force of Liberalism” (2007). Starr, a professor of sociology at Princeton, claims that what unites liberals are political principles rather than agreement “on the ultimate grounds on which these principles rest.” This is the familiar (and suspect) claim that liberalism is not a substantive ideology but a political device that allows many ideologies to flourish and compete in the marketplace of ideas. Liberalism, says Starr, “is only a framework – that is, it provides a space for free development.” Where there are deep “divisions over the meaning of the good life,” he continues, the “neutrality” of the liberal state “furthers mutual forbearance.”

But right there, in the invocation of “free development” and “mutual forbearance,” Starr gives the lie to liberal neutrality. Free development (the right of individuals to frame and follow their own life plans) and mutual forbearance (a live-and-let-live attitude toward the beliefs of others as long as they do you no harm) are not values everyone endorses.

And neither are the other values Starr identifies as distinctively liberal – individualism, egalitarianism, self-realization, free expression, modernity, innovation. These values, as many have pointed out, are part and parcel of an ideology, one that rejects a form of government organized around a single compelling principle or faith and insists instead on a form of government that is, in legal philosopher Ronald Dworkin’s words, “independent of any particular conception of the good life.” Individual citizens are free to have their own conception of what the good life is, but the state, liberal orthodoxy insists, should neither endorse nor condemn any one of them (unless of course its adherents would seek to impose their vision on others).

It follows then that the liberal state can not espouse a particular religion or require its citizens to profess it. Instead, the liberal state is committed to tolerating all religions while allying itself with none. Indeed, Starr declares, “the logic of liberalism” is “exemplified” by religious toleration. For if the idea is to facilitate the flourishing of many points of view while forestalling “internecine… conflicts” between them, religion, the most volatile and divisive of issues, must be removed from the give and take of political debate and confined to the private realm of the spirit, where it can be tolerated because it has been quarantined.

Thus the toleration of religion goes hand in hand with – is the same thing as – the diminishing of its role in the society. It is a quid pro quo. What the state gets by “excluding religion from any binding social consensus” (Starr) is a religion made safe for democracy. What religion gets is the state’s protection. The result, Starr concludes approvingly, is “a political order that does not threaten to extinguish any of the various theological doctrines” it contains.

That’s right. The liberal order does not extinguish religions; it just eviscerates them, unless they are the religions that display the same respect for the public-private distinction that liberalism depends on and enforces. A religion that accepts the partitioning of the secular and the sacred and puts at its center the private transaction between the individual and his God fits the liberal bill perfectly. John Locke and his followers, of whom Starr is one, would bar civic authorities from imposing religious beliefs and would also bar religious establishments from meddling in the civic sphere. Everyone stays in place; no one gets out of line.

But what of religions that will not stay in place, but claim the right, and indeed the duty, to order and control the affairs of the world so that the tenets of the true faith are reflected in every aspect of civic life? Liberalism’s answer is unequivocal. Such religions are the home of “extremists … fascists … enemies of the public good … authoritarian despots and so forth.”

This harsh judgment, which Berlinerblau and Krattenmaker label closed-minded, is inevitable given liberalism’s founding premises. If the goal is to facilitate the free flow of ideas in a marketplace of ideas, the one thing that cannot be tolerated is the idea of shutting down the marketplace. Liberalism, if it is to be true to itself, must refuse to entertain seriously an argument or a project the goal and effect of which would be to curtail individual exploration, self-realization (except in one direction), free expression and innovation. Closed-mindedness with respect to religions that do not honor the line between the secular and the sacred is not a defect of liberalism; it is its very definition.

This has been so from the beginning. In 1644, John Milton wrote a tract (“Areopagitica”) in defense of free expression and uncensored publication. It is considered (along with J.S. Mill’s “On Liberty”) a founding document of modern liberalism. But Milton exempts from his toleration Catholicism (“I mean not tolerated Popery”) because, in his judgment, Catholic doctrine undermines “civil supremacies” and therefore must be “extirpate,” that is, torn out at the roots.

In saying this, I am not criticizing liberalism, just explaining what it is. It is a form of political organization that is militantly secular and incapable, by definition, of seeing the strong claim of religion – the claim to be in possession of a truth all should acknowledge – as anything but an expression of unreasonableness and irrationality. Berlinerblau and Krattenmaker hold out the hope that secularists and strong religionists might come to an accommodation if they would listen to each other rather than just condemn each other. That hope is illusory, for each is defined by what it sees as the other’s errors.

But surely, one might object, this is too categorical a statement. There are many who are liberal in their political views – they honor free expression, toleration, individual rights, free and frequent elections, and limited government – and are also people of faith. Yes there are, but the faiths they profess (at least publicly) must be the moderate and undemanding kind liberalism recognizes as legitimate.

There are two answers presidential candidates cannot give to the now obligatory (and deeply offensive) question about their religious faith. A candidate cannot say, “I don’t have any,” and a candidate cannot say, “My faith dictates every decision I make and every action I take.” Rather, a candidate must say something like, “My faith generally informs my moral values, but my judgments and actions as president will follow from the constitutional obligations of the office, not from my religion.” In other words, I too believe in the public-private distinction and I will uphold it. I won’t insist that you adopt my values and I will respect yours. (In short, I’m a liberal.)

A candidate who didn’t say something like that but instead announced a determination to reshape public institutions in accordance with the dictates of his or her faith would be seen as too closely resembling the Islamic fundamentalists who, we are told again and again, are our sworn enemies. The divide between those who subscribe to a form of politics uninflected by religious faith (except as a pious “add-on”) and those who would derive their politics from faith and acknowledge no distinction between them is not simply national but global. And as Mark Lilla has recently argued (New York Times Magazine, August 19), it is a divide that cannot be bridged either by efforts at education or by the supposedly inexorable drift of history toward modernization and secularization. Lilla’s lesson is that there is no such drift, although messianic liberals (like George W. Bush) continue to believe in it.

What Lilla calls “political theology” – a politics fueled by faith and visions of eternal life – is not going away, and the two standard liberal responses to its growing strength are inadequate. One is comical, although it has had disastrous consequences. It says, let’s tell them about the separation of theology and politics (or lend them copies of Mill and Rawls and James Madison’s “Remonstrance”) and they’ll soon come to want it, too. The second response is to demonize secularism’s opponents as fanatics, fascists and know-nothings, and resolve to stamp them out, a resolve that looks increasingly like a bad bet given the numbers. “It is we,” Lilla reminds us, “who are the fragile exception.”

So secularism isn’t going to win by waiting for what it thinks to be its better arguments to carry the day (politics is neither rational nor Darwinian); and the military option holds out the prospect of more horror than hope. What to do?

One thing we can’t do is appeal to some common ground that might form the basis of dialogue and possible rapprochement. There is no common ground, and therefore Lilla is right to say that “agreement on basic principles won’t be possible.” After all, it is a disagreement over basic principles that divides us from those who have been called “God’s warriors.” The principles that will naturally occur to us – tolerance, mutual respect, diversity – are ones they have already rejected ; invoking them will do no real work except the dubious work of confirming us in our feelings of superiority. (We’re tolerant, they’re not.)

So again, what to do? Lilla’s answer is pragmatic rather than philosophical (and all the better for that). All we can do, he says, is “cope”; that is, employ a succession of ad hoc, provisional strategies that take advantage of, and try to extend, moments of perceived mutual self-interest and practical accommodation. “We need to recognize that coping is the order of the day, not defending high principles.” Now there’s a principle we can live with, maybe.

Notes
Source; www.islam21c.com
Professor Stanley Fish has kindly contributed his article to i21C
Islam21c requests all the readers of this article, and others, to share it on your facebook, twitter, and other platforms to further spread our efforts.

2011-01-24
Stanley Fish
Previous: Know Your Rights: What to do when MI5 come knocking on your door
Next: Looting the Holy Land