Inciting the Qunut for the Believers of Egypt 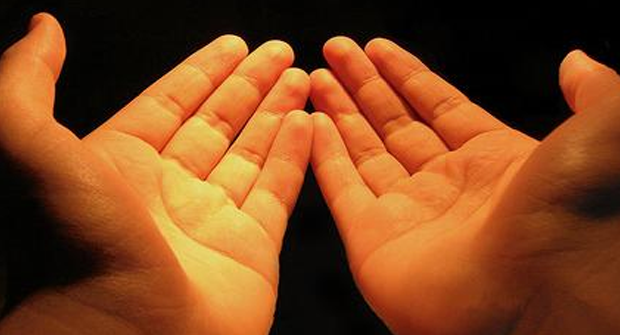 All praise is due to Allah, the One who hears that which is whispered and all secrets concealed, the One who provides relief from tragedies and hardship. Peace and blessings be upon the Chosen Prophet, his family and all of his Companions.

The current situation that is being faced by the believing men and women of Egypt obligates all Muslims to support their brethren in any way they can. Amongst the most important obligations, in this regard, is to aid our brethren by means of the supplication, this being one of the most potent means of holding back calamity.In this context, one of the most significant forms of supplication is the qunut, and concerning its rules and methodology the following is a brief explanation.

The Qunoot is a supplication to Allah, the Mighty and Magnificent, to relieve a calamity that has afflicted a group of Muslims. The main shar’ii evidence for this act is the qunut of the Prophet (may Allah’s peace be upon him) for one full month which he performed against some of the Arab tribes that had betrayed him and massacred the Qur’an reciters that the Prophet had sent to them. Similarly, he supplicated that Allah save some of his Companions from the evil designs of the Quraysh. Both these narrations are found in the two famous authentic books, Bukhari and Muslim.

Abu Hurayrah (may Allah be pleased with him) reported that whenever the Prophet (may Allah’s peace be upon him) wanted to supplicate against someone (or for someone), he would offer his normal prayers and after standing from ruku he would say, “Allah hears him who praises Him, for You is praise.” He would then say,

“Oh Allah, save Al-Walid ibn Al-Walid, Salamah ibn Hashim, Iyash ibn Abi Rab’iah, and the oppressed believers. Oh Allah, put hardship and pressure on the tribe of Mudar and give them years of famine like those during the time of Yusuf.”He would say this aloud. In some of his prayers, such as the fajr prayer, he would say, “Oh Allah, curse so and so”, cursing some tribes of Arabs until Allah revealed, “Not for you is the decision whether He turns in mercy to (pardon) them or punish them; they are the evildoers.”

The qunut takes place after ruku in the last rak’ah of all maktubaat (the obligatory prayers), whether the congregational prayer is silent or aloud. There is no harm if it be confined only to the loud prayers since there is no specific evidence concerning this, and as such the matter is flexible.

The qunut can begin with supplicating against the oppressor(s) without commencing the hamd (praising of Allah), and there is no harm in this as it seems to be closer to the exact practice of the Prophet (may Allah’s peace be upon him) in the ahadith previously mentioned. Were one to commence with praising Allah, then there is no harm due to the generality of the Prophet’s saying, “If anyone supplicates, let him start with praising Allah, then invoking salah on the Prophet, then supplicating for what he wishes.” The same applies to invoking salah upon the Prophet (may Allah’s peace be upon him) – the matter is entirely flexible.

However, we should not start this qunut by using the qunut of the witr (Allahumma ‘ihdina fi man hadaita…), because this, assuming that it is authentically reported as being from the qunut of the witr, is mentioned in a specific context and not as a generality. The qunut for calamity is a completely different situation and different actions are prescribed for it.

It is recommended to limit the supplication to the calamity and not to prolong it by mentioning various other things, this being in compliance with the practice of the Prophet (may Allah’s peace be upon him). The supplication should be pronounced loudly by the Imam, and those who follow him should respond by saying “aamin” after statements that contain a request. When and if the Imam praises or glorifies Allah, those who follow him should keep quiet, and not saying ‘aamin’, ‘ya Allah’, ‘subhanaka’, or the likes – more than one of the tabi’in (students of the Companions) and fuqaha (jurists) have textually stated this. If the specific calamity passes, the Imam should refrain from performing this qunut in the prayers.

One must follow the Imam when he makes qunut, even if you were to disagree with this opinion. This is because following the Imam in that which does invalidate the prayer is obligatory. Qunut, in the view of those who do not allow it, do not believe that it invalidates the prayer – the difference is opinion is whether it is a Sunnah or not. Furthermore, we advise Muslims to refrain from extremities in the qunut by beautifying it with poetic words. We should try to employ the supplications of the Prophet (may Allah’s peace be upon him) which were concise and comprehensive.

We must supplicate sincerely and reflect on its meaning in our heart for this is the means for it to be answered by Allah. The Prophet (may Allah’s peace be upon him) said, “know that Allah will not answer a supplication arising from a negligent and heedless heart.”

I urge all Imams in the West to practice this imperative way of aiding the Muslims in Egypt until they overcome the calamity that has afflicted them, may Allah increase them in righteousness and grant them what they seek. We ask Allah (alone) by His most beautiful names and lofty attributes to remove such calamities wherever they take root. He is the One able to do so, the All-Capable.I also urge all Muslims to present this to their local Imams and encourage them to perform the qunut as soon as possible, and continuously, for this is a great time of need.

May peace and blessings be upon our Prophet, Muhammad, upon his family and all his Companions.
Notes:
Sources: www.islam21c.com