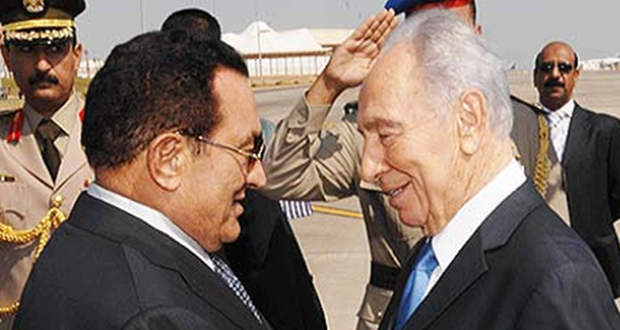 The fall of Egyptian regime will be a turning point in current history, it might even be more significant than 9/11. This incident will create so many implications on different levels.
.
It can be easily said that the Egyptians could obtain a very high level of independence -Egypt is not any country, it is the heart of the Muslim world and most importantly the heart of the Middle East and its most populous Muslim Sunni country. The US was very keen to keep very good relations with Egypt, whilst monitoring it closely to make sure that it is governed by a pro-US regime that remains in power. Similarly, the US tried to bind Egypt, through many treaties, to maintaining Israel’s security which is mostly dependent on its relationship with Egypt.
On the other hand, Egypt was the gate through which modernization and westernisation of Muslims started. It was the first Arab country to allow women, in mass, to discard the hijab, and other countries quickly followed. The spread of cinema and liberal plays, drama and nudity were shown on Egyptian TV first. Despite the huge number of Egyptian scholars, many of them were controlled by the government whilst others tried to avoid any conflict with the government – all were imprisoned if they spoke out against the suppressive regime.
Egypt was governed by Egyptian Muslims who ruled it by proxy on behalf of America. The fall of the Egyptian regimes means much given that the western occupation of this country has come to an end. It will be very difficult to rule it again after this landmark independence. The real battle Egypt has fought is the battle against its own will. For decades they lived under an authoritarian regime that subjugated them and left them to fight poverty and deprivation. The regime left no means for them to fight, yet their will remained alive and strong in a bid to fight for its freedom.

This will inspire many other Arab groups to copy the Egyptian model. It has given confidence to the Muslims living under dictator regimes that will and determination can achieve what they thought was impossible.  Other suppressive regimes will, at the very least, allow more space for people to breath.

“And (remember) when the disbelievers plotted against you to imprison you, or to kill you, or to get you out; they were plotting and Allah too was planning, and Allah is the Best of the planners.”[1]

It is likely that any Egyptian regime that follows the previous one will be cautious in following the same pattern in governing the country; it will provide more freedom and be more lenient towards many Islamic practices. Despite the fact that it will not be an Islamic system, it will allow Islamic practices to spread as it has proven that peace, freedom, and a reasonable lifestyle can provide a good environment for Islam to spread.
It will be impossible for Israel to attack Gaza as happened in 2008. In fact, the Palestinian regime might also fall down at which point it is likely that Israel will be forced to give more to secure any future deals.
We should remember that we need to continuously thank Allah for this victory as no means could lead to it without the support of Allah. This is evident for those who followed the momentous event and how things progressed step by step.

“If you give thanks, I will give you more, but if you are thankless, verily! My Punishment is indeed severe.”[2]

Islam21c requests all the readers of this article, and others, to share it on your facebook, twitter, and other platforms to further spread our efforts.
[1] Al Anfal, verse 30
[2] Surah Ibrahim, verse 7
2011-02-14
Shaikh (Dr) Haitham Al-Haddad
Previous: Open Letter to Mr Cameron
Next: Rethinking Military Victory