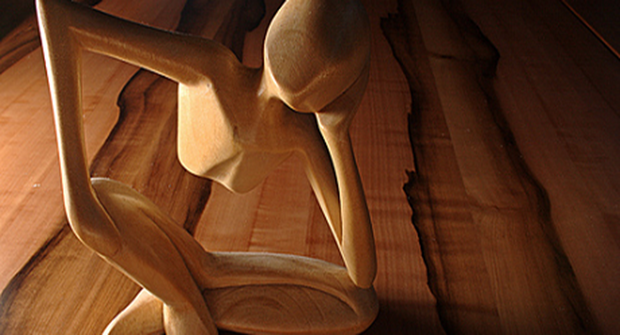 Peaceful coexistence between the polytheists of the Quraysh tribe and the Muslims was not possible in the Holy sanctuary of Makkah. The Quraysh increased their pressure and persecution on this estranged minority until they were forced to immigrate to a welcoming city now known as Al-Medina. The Quraysh armies attacked the Muslims twice and in a third attempt, gathered the other confederate tribes to lay siege to the city in the battle of the trench. After these three offensive attacks, the powerful Quraysh tribe received some astonishing news: Muhammad and 1,400 of his followers were unarmed on their doorstep at Hudaybiyyah.

The arrival of the Prophet (peace be upon him) along with his disciples placed the Quraysh into a huge dilemma. If they, the guardians of the sanctuary, were to prevent over one thousand pilgrims from entering the holy city, they would have committed a manifest violation of the laws upon which their greatness was founded. On the other hand, if they allowed their enemies to enter Makkah, it would be perceived by the Arabs as a flagrant victory for Muhammad (peace be upon him).

Victory is often perceived as the immediate result of a clash. And due to the impatience within mankind, we wish to see the fruits of our actions blossom before our eyes. It is for this reason that people by their nature dedicate their lives towards causative actions that generally result in some expected effects. Although a cause-effect link may be well established to a particular action, it may be wrong to assume that the action itself is appropriate or even correct.  This is one of the reasons that individuals turn to spontaneous and desperate actions in support of their community without considering the wider implications on the community itself. The real victory however, is the strategic outcome of an event, and it is upon every intelligent person to turn to the Quran in order to understand victory and how to achieve it.

The greatest victory in the history of mankind was neither material gain, imperial power, nor the conquering of a nation. Some of the companions of the Messenger exclaimed to their successors: “You consider the (greatest) victory to be the conquest of Makkah, but we consider it to be the Treaty of Hudaybiyyah”[1] and it was this peace treaty which Allah described when He said: “Verily, We have given you a manifest victory”[2].

The Treaty of Hudaybiyyah was in actuality a victory as it opened the door to unrestricted propagation of Islam. The truce created an environment of security and quashed the air of hostility the Muslims previously faced when preaching Islam. It allowed the Companions to approach neighbouring communities and tribes to discuss and debate with them openly about the religion of Allah. It was said that after the treaty, no sensible person listened to the Call except that they accepted Islam and became Muslim[3]. With huge numbers of people entering the fold of Islam, the subservience and worship of Allah increased exponentially, which is the aim of Islam and a true measure of success. This victory was not restricted to an individual or a group of people, rather this was a victory in the sight of Allah and a victory for the world.

The Prophet had initially gone to Hudaybiyyah with 1,400 followers, but only two years later he would conquer Makkah with over 10,000 followers without a battle. After 19 years since Muhammad (peace be upon him) began his call, the number of Muslims doubled as a result of the treaty[4]. The growth of the Muslim population continued, and now, almost a quarter of the world populace is associated with Islam[5]. This by the Grace of Allah means that more and more people have been saved from the punishment of the Hellfire and admitted into the Gardens of Paradise.

The Quranic account of the Hudaybiyyah treaty ends with a description of the Messenger and His Companions. It is in this description that we find the personification of manners, actions, and the true purpose of life[6]:

“Muhammad is the Messenger of Allah; and those with him are stern towards the disbelievers, merciful among themselves. You see them bowing and prostrating (in prayer), seeking Bounty from Allah and (His) Pleasure[7]”.

And hereto lies the meaning of Victory, the true success: earning the Pleasure of Allah, salvation from an eternal punishment and admittance into Paradise, all of which lies not in this life, but in the hereafter.

Notes
Source; www.islam21c.com
Islam21c requests all the readers of this article, and others, to share it on your facebook, twitter, and other platforms to further spread our efforts.
[1] Saheeh Al-Bukhari
[2] Al-Quran 48:1
[3] As-Seerat-An-Nabawiyyah, Ibn Kathir
[4] As-Seerat-An-Nabawiyyah, Ibn Hisham
[5]Kettani, Houssain, 2010 World Muslim Population, Proceedings of the 8th Hawaii International Conference on Arts and Humanities, Honolulu, Hawaii, January 2010
[6]See the exegeses of Ibn Kathir, As-Sa’dee, and Al-Qurtubi for a deeper understanding of this statement and verse
[7]Al-Quran 48:29
Share. Facebook Twitter LinkedIn Email Telegram WhatsApp
Previous ArticlePost 9/11 or Post Mubarak Freedom?
Next Article Aid Convoy to Syria