Instructions for Muslims in the light of the Prevent strategy 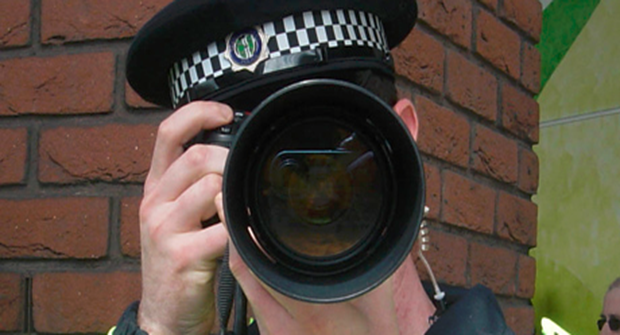 In light of the home secretary Teresa May’s launch of the new Prevent strategy, it is important that as Muslim we understand and abide by the following instruction:
1. As a Muslim you are, unless otherwise proven, vulnerable to radicalisation or blowing up a bus, a plane, or possibly both. You would therefore benefit from intervention as part of a prevention strategy.

.
2. Please note that “the ideology of extremism and terrorism is the problem; legitimate religious belief is not.”
a. For instruction as to what constitutes ‘legitimate religious belief’ please contact the Home Office for your copy of ‘The Handbook of Emphatically Legitimate Beliefs for Muslims.’ If it is not available (as it isn’t) please request for a list to be drawn up by Ms May or by the clerk you speak to.
b. Ensure your imam is aware of all ‘legitimate beliefs’ as only these can be preached in sermons or taught in prayer groups and mosques. Otherwise he will be deemed an ideologue with the congregation at risk of radicalisation and becoming suicide bombers.
c. Use this list in sermons and in place of any other religious text, as any set of beliefs not sanctioned by the Home Office will be classed an ideology, you will be considered an ideologue, and you may stand to lose your job.
d. If in doubt, please take any/all Islamic texts to your local Tory MP – do not hold any beliefs without first ascertaining their legitimacy with either Theresa May, David Cameron, or the Home Office. Alternatively, you may contact Quilliam directly.
3. As a Muslim, any public pronouncement you make need only be a condemnation of terrorism and an expression of regret for its occurrence – the perpetrators need not be Muslim (whilst at it, please also apologise for the Tamil tigers as owing to the recession the government hasn’t got the funds to set up ‘Prevent-Tamil’). Beyond this, no one is interested in your opinion or what you have to say, so you are not required to comment on much else. If you must, the weather is deemed the only appropriate topic.
4.  British foreign policy is always right and terribly just. Although others have a right to debate and criticise foreign policy, as a Muslim you should ‘know’ that Britain has never committed foreign policy injustices, rather it is your false sense of grievance based on falsehood that makes you think this. You should be aware that any seditious material that may lead you to believe otherwise – such as history textbooks, old newspaper articles, etc may be held against you, and you stand the risk of being branded an ideologue. Reading books leads to an ideology which feeds into non-violent extremism that consequently leads to violent extremism that then leads to…
5. Please be aware that there is nothing wrong with British society so you are advised not try to do anything to change it. Whilst Britain prides itself on equal rights for all, with everyone, such as the leftists, socialists, neo-cons, Jews, gays, EDL, tories etc having the right to try to progress society by writing, lobbying, lecturing, and organising themselves so as to bring change to British society in ways that they would like to see Britain, the message to Muslims is that if you do not like it here then get lost.
6.  The government would like to reiterate its “belief in human rights, democracy and the rule of law.” The prevent strategy requires you to believe in democracy and liberal values – you are defined by your beliefs, and the Home Office has taken on the duty of informing Muslims what their set of beliefs should be.
7.  Whilst there are many books in circulation in mosques and Muslim homes with titles such as Islamic Belief, What a Muslim should believe, and The Islamic Creed (not to mention Korans!), you are best advised to take these to the Home Office which it is hoped will allow an Islamic texts amnesty where you can turn in all these texts and no questions will be asked. It is hoped that you will then be provided with textbooks on Islamic beliefs according to her majesty’s Home Office.
8.  Please do not speak in Urdu, Arabic, Pashto or any other obscure language on university campuses, in mosques, in your homes, in cafes and bookstores, or in any other location as it makes surveillance that much more harder for those listening in.
9.  You must see it as a privilege that as a Muslim you have been singled out by the government who has, at a cost of 30 million pounds of taxpayers’ money, sought to instruct you in what to believe, how to believe it, and how to be a moderate. This privilege is not granted to Sikhs, Hindus Jews, Rastafarians, or Christians who may believe as they wish with no restraints. These strategies are for your own good and that of society since in being a Muslim, and in the absence of such instructions, you may blow yourself up in a public space.

The views are that of the authors and do not necessarily represent those of Islam21c.
Islam21c requests all the readers of this article, and others, to share it on your facebook, twitter, and other platforms to further spread our efforts.