The Effects of Abuse on Child Development 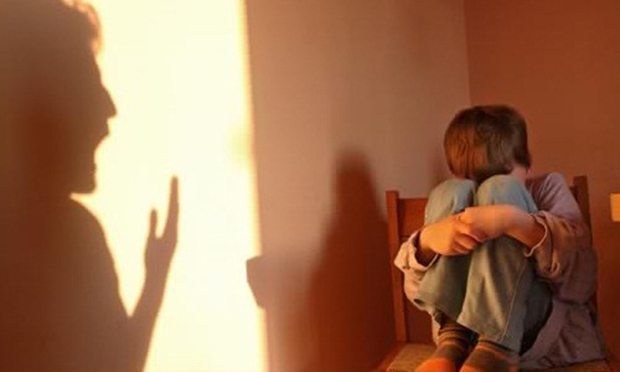 Of all the rights of children, perhaps the most important is the right to be safe, and this is very often a matter of physical safety. All children should be able to grow up in situations where they are secure and encouraged, so that they can achieve their best outcomes throughout childhood and into adulthood. To achieve this, children need to feel loved and valued, and be supported by a network of reliable and affectionate relationships. If they are denied the opportunity and support they need to achieve these outcomes, children are at increased risk of disadvantages and social exclusion in adulthood.

The family is considered a key socialising institution and the main source of learning during childhood[1] in which infants and toddlers are totally dependent upon others for care, and their lives are organised around this primary attachment[2]. Empirical evidence suggests that growing up in an abusive home environment can critically jeopardize the developmental progress and ability of children[3] contributing significantly to a cycle of adversity and violence. There are various forms of abuse in existence that are commonly enacted upon children, including physical abuse and neglect, emotional abuse, and sexual abuse. Physical abuse or harm may involve hitting, shaking, throwing, poisoning, drowning, scalding, suffocating, or otherwise causing physical harm to a child[4]. Neglect may also fall into the concept of physical harm, as one of the aspects of neglect is the persistent or severe failure to meet a child’s basic physical and/or psychological needs[5], such that it results in the serious impairment of the child’s health or development. This includes a failure to protect the child from starvation, the cold, physical harm, danger, or failing to ensure that there is access to appropriate medical care or treatment. Child Sexual Abuse (CSA) has been defined as a “…sexual act between an adult and a child, in which the child is utilized for the sexual satisfaction of the perpetrator”[6].The NSPCC found that in England and Wales alone, police recorded a child sex crime every 20 minutes in 2010, with more than 23,000 offences (including rape, incest and gross indecency) logged between 2009 and 2010.Emotional abuse has been defined as persistent emotional ill treatment or rejection of a child resulting in a severe adverse effect on behavioral or emotional development[7]. It involves making the victim feel non-valued and their feelings, thoughts and behavior choices are actively condemned or non-validated, creating a climate of fear and uncertainty. While more subtle than others, this form of abuse is thought to be particularly salient in its adverse impact on relationship development[8]. Within some jurisdictions, any emotional abuse that is experienced has to be proved by law to be linked to psychological impairment, whilst in practice, emotional abuse may fail to be appreciated as specifically contributing to psychological impairment, especially as its impact may be considered within the framework of other forms of abuse, such as sexual or physical abuse[9].

Although psychological aggression is commonly used by parents (such as threats of physical harm or insults), as is corporal punishment, emotionally abusive actions are considered to have a high chance of damaging the child’s mental, physical, moral or social development or their physical or mental health[10]. There is substantial evidence that links victimization during childhood to severe psychiatric disorders both in childhood and adulthood[11]. Adverse effects of abuse and violence have been shown in children victims as young as one, including trauma symptoms in children exposed to Domestic Violence (DV)[12] and distress in response to verbal conflict[13]. In many cases, abuse has been shown to result in a variety of immediate, as well as long-term problems in victims, including poor self-esteem, depression, anxiety, suicidal attempts and thoughts, sleep disturbances, and feelings of isolation[14]. With sexual abuse in particular, significant adverse effects include difficulties with relationships as well as social incompetence, substance abuse, suicidal tendencies, and sexual re-victimization during adulthood[15]. A popular belief, finding some ground in the research, is the cycle of abuse theory which suggests that sexual victimisation during childhood, particularly of male children, is a significant risk factor in becoming an abuser during adulthood. However, various other factors are also believed to be significant, including the age at which the abuse occurred, the duration of the abuse, the victim-perpetrator relationship, and the response of non-abusers at the time the abuse was revealed[16].

Child victimization usually occurs repeatedly and over time[17], with an interrelation of the various forms of victimization. This means that a child who experiences any type of victimization is likely to also experience other forms of victimization, with one study indicating that a victimised child also faces exposure to several types of victimization within a year[18]. This raises the potential impact over time to a substantial level. Several mediating factors have been found to be significant in the long-term effects of abuse however, including the severity and type of abuse, the gender of both the victim and perpetrator, family reactions to the abuse, the duration of the abuse and the length of time since the abuse[19]. The effects of abuse may also depend upon the victim’s ability to assess and understand the abuse, and their capacity to cope with danger[20].

More recently, research has suggested that it is not only direct abuse of the child that has an effect on developmental outcome, but also an exposure to abuse between parents or caregivers, and between other family members[21]. According to the United Nations General Assembly (2006), between 133 and 275 million children worldwide are exposed to domestic violence annually. Several studies have found connections between exposure to violence and a vast range of emotional, behavioural and cognitive maladjustments, with several studies showing that children exposed to Domestic Violence[22] (DV) are at high risk for problems such as anxiety, depression, anger, and high levels of aggression[23], including being a bully at school, or being a victim of bullying[24]. One study found that children exposed to DV were more likely to respond with aggression during conflict[25], while another found that children who actually intervened during the violence had greater levels of behavioural problems than children who did not[26]. As violence between caregivers and direct abuse of the child often occur together[27], studies have also found a negative effect of exposure to violence and individual victimization[28]. Exposure to violence in the home has also been found, not only to be a significant predictor of both adolescent male abusive behaviour and of experiences of victimization in intimate relationships, but also that exposed adolescents were more likely to be victimised, lending support to the theory of intergenerational transmission of violence[29]. This theory is used to explain the link between inter-parental violence and violence in intimate relationships by subsequent generations as socially learned behaviour, in which a study found that adolescents exposed to violence doubted their own ability to be non-violent partners and were ambivalent about their ability to control themselves[30].

With the evolution of research on the impact of DV on development, a wide variety of theoretical perspectives have been utilised to try and understand the complexity of the experiences of children exposed to DV. A popular theory is that of Social Learning[31] which maintains that children learn through observation, and hence acquire similar patterns of behaviour as those observed. In the context of childhood maltreatment, Social Learning Theory postulates that modelling in the maltreatment environment promotes violence and abuse as appropriate means of communication and interaction, rather than other more adaptive and non-hostile forms of interaction including the promotion of aggression as an appropriate interpersonal response[32]. Other theories include the stress and coping perspective[33] (which states that children respond to the stressor of violence by developing various problem-focused and emotion-focused responses to the stressors), the trauma perspective[34] (which states that children react to events perceived as life-threatening (such as DV) through exhibiting Post-Traumatic Stress Disorder (PTSD) symptoms, including re-experiencing the trauma through flashbacks, arousal through hypervigilance, and avoidance through emotional numbness leading to lower levels of self-care, including self-protection), the relationship perspective[35] (which states that children exposed to violence develop skewed concepts of gender and family relationships), and the developmental psychopathology and resilience frameworks (which seek to explain why some children develop problems after exposure, and some do not, taking into account the child’s developmental stage, and the presence of risk factors such as poverty and socio-economic status, and protective factors such as the child’s temperament, which may help to promote resilience)[36].

The foundation for success within future relationships is laid through past reinforcing close relationships[37]. While maltreated children do their best to adapt to their environment, in new situations, even with the presence of new choices and new actions, the awareness of choice and self-worth need to be present. Within this framework, maltreated children have been found to be more likely to experience violence and conflict in their early romantic relationships, with an early drive towards adult behaviours such as alcohol use, dating and sex[38]. This has been found, not only in antisocial males[39], but also in community samples of youth[40], justice-involved females[41], child welfare-involved youth[42] and youth leaving foster care[43]. It has been postulated that maltreated youth are more vulnerable in terms of regulating behaviour and in recognising problematic or abusive behaviour in partners[44], in which early romantic relationships or dating can provide opportunities to repeat past experiences characterized by violence and dynamic roles as victimizers and/or victims. In some cases, a third of male and female youth sampled reported engaging in dating violence, with emotional or psychological abuse being most common, and in youth as young as age of 12[45].

Definitions are complex, disputed, and cannot be applied universally to all children without modifying or qualifying them, and this is no less true of child abuse. While there are many and varied definitions of abuse, with subtle differences across time and according to culture, one of the problems with the existing definitions is that there is no singularly defining profile of an abused child due to the differences in the impact and effect of abuse from one child to another[46]. Differences also exist due to variations in terminology and conceptual frameworks, which change according to the field of research and the type of abuse being discussed. This invariably means that prevalence rates are often difficult to compare, and even to accurately report as what is included within the definition of abuse may change from one field to another. The prevailing culture within which the child is raised is also significant in the definition of abuse, as child rearing is an active and changing process that is affected by the characteristics of the child and the parents or caregivers, their relationships, and their socio-cultural context[47]. This means that what may be defined as abuse in one culture or country is not necessarily defined as such in another. This is particularly true of Child Physical Abuse (CPA) in which careful consideration has to be paid to cultural contexts when defining physical abuse and its perpetrators, including for instance, parents’ and caregivers’ rights to inflict corporal punishment upon a child for the purpose of discipline, or religious groups’ rights to practice circumcision upon male children, both of which are defined within many western cultures as abuse but are part of everyday life in others. However, although the definition of what constitutes abuse is fraught with difficulties, it is not difficult to ascertain that children within our societies are too often subjected to emotional depravation, physical violence and inappropriate sexual behaviours, all which have devastating impacts on children’s physical, mental and spiritual development.

She currently lives in Egypt with her husband and kids, where she studies Qur’an and Arabic Language privately.

She currently lives in Egypt with her husband and kids, where she studies Qur’an and Arabic Language privately.