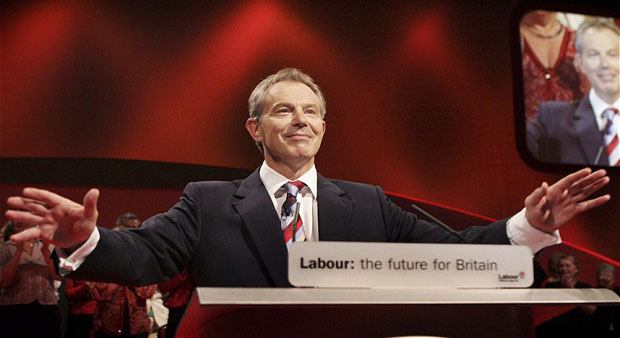 In the kabuki theater of British parliamentary politics, great crimes do not happen and criminals go free. It is theater after all; the pirouettes matter, not actions taken at remove in distance and culture from their consequences. It is a secure arrangement guarded by cast and critics alike. The farewell speech of one of the most artful, Tony Blair, had “a sense of moral conviction running through it,” effused the television presenter Jon Snow, as if Blair’s appeal to kabuki devotees was mystical. That he was a war criminal was irrelevant.

The suppression of Blair’s criminality and that of his administrations is described in Gareth Peirce’s Dispatches from the Dark Side: on torture and the death of justice, published in paperback this month by Verso. Peirce is Britain’s most distinguished human rights lawyer; her pursuit of infamous miscarriages of justice and justice for the victims of state crimes, such as torture and rendition, is unsurpassed. What is unusual about this accounting of what she calls the “moral and legal pandemonium” in the wake of 9/11 is that, in drawing on the memoirs of Blair and Alistair Campbell, Cabinet minutes and MI6 files, she applies the rule of law to them.

Advocates such as Peirce, Phil Shiner, and Clive Stafford-Smith have ensured the indictment of dominant powers is no longer a taboo. Israel, America’s hitman, is now widely recognized as the world’s most lawless state.  The likes of Donald Rumsfeld now avoid countries where the law reaches beyond borders, as does George W. Bush and Blair.

Deploying sinecures of “peace-making” and “development” that allow him to replenish the fortune accumulated since leaving Downing Street, Blair’s jackdaw travels are concentrated on the Gulf sheikhdoms, the US, Israel and safe havens like the small African nation of Rwanda.  Since 2007, Blair has made seven visits to Rwanda, where he has access to a private jet supplied by President Paul Kagame. Kagame’s regime, whose opponents have been silenced brutally on trumped-up charges, is “innovative” and a “leader” in Africa, says Blair.

Peirce’s book achieves the impossible on Blair: it shocks. In tracing the “unjustifiable theses, unrestrained belligerence, falsification and wilful illegality” that led to the invasions of Afghanistan and Iraq, she identifies Blair’s assault on Muslims as both criminal and racist. “Human beings presumed to hold [Islamist] views were to be disabled by any means possible, and permanently … in Blair’s language a ‘virus’ to be ‘eliminated’ and requiring ‘a myriad of interventions [sic] deep into the affairs of other nations’.” Whole societies were reduced to “splashes of color” on a canvas upon which Labor’s Napoleon would “re-order the world.”

The very concept of war was wrenched from its dictionary meaning and became “our values versus theirs.” The actual perpetrators of the 9/11 attacks, mostly Saudis trained to fly in America, were all but forgotten. Instead, the “splashes of color” were made blood-red – first in Afghanistan, land of the poorest of the poor. No Afghans were members of al-Qaeda; on the contrary, there was mutual resentment. No matter. Once the bombing began on 7 October 2001, tens of thousands of Afghans were punished with starvation as the World Food Program withdrew aid on the cusp of winter. In one stricken village, Bibi Mahru, I witnessed the aftermath of a single Mk82 “precision” bomb’s obliteration of two families, including eight children. “TB,” wrote Alistair Campbell, “said they had to know that we would hurt them if they don’t yield up OBL.”

The cartoon figure of Campbell was already at work on concocting another threat in Iraq. This “yielded up,” according to the MIT Center for International Studies, between 800,000 and 1.3 million deaths: figures that exceed the Fordham University estimate of deaths in the genocide in Rwanda.

And yet, wrote Peirce, “the threads of emails, internal government communiqués reveal no dissent.” Interrogation that included torture was on “the express instructions … of government ministers.” On 10 January 2002, Foreign Secretary Jack Straw emailed his colleagues that sending British citizens to Guantánamo Bay was “the best way to meet our counter terrorism objective.” He rejected “the only alternative of repatriation to the United Kingdom.” (Later appointed “justice secretary,” Straw suppressed incriminating Cabinet minutes in defiance of the Information Commissioner). On 6 February 2002, Home Secretary David Blunkett noted that he was in “no hurry to see any individuals returned to the UK [from Guantánamo].”  Three days later, Foreign Office minister Ben Bradshaw wrote, “We need to do all that we can to avoid the detainees being repatriated to the UK.” Not one of the people to which they refer had been charged with anything; most had been sold as bounties to the Americans by Afghan warlords. Peirce describes how Foreign Office officials, prior to an inspection of Guantánamo Bay, “verified” that British prisoners were being “treated humanely” when the opposite was true.

Immersed in its misadventure and lies, listening only to their leader’s crooned “sincerity,” the Labor government consulted no one who spoke the truth. Peirce cites one of the most reliable sources, Conflicts Forum, run by the former British intelligence officer Alastair Crooke, who argued that to “isolate and demonize [Islamic] groups that have support on the ground, the perception is reinforced that the west only understands the language of military strength.” In wilfully denying this truth, Blair, Campbell and their echoes planted the roots of the 7/7 attacks in London.

Today, another Afghanistan and Iraq beckons in Syria and Iran, perhaps even a world war.  Once again, voices such as Crooke’s attempt to explain to a media salivating for ” intervention” in Syria that the civil war in that country requires skilled, patient negotiation, not the provocations of the British SAS and the familiar, bought-and-paid-for exiles who ride in Anglo-America’s Trojan Horse.

:Notes
:Source
Islam21c requests all the readers of this article, and others, to share it on your facebook, twitter, and other platforms to further spread our effo
Share. Facebook Twitter LinkedIn Email Telegram WhatsApp
Previous ArticleEncouragement for Muslims to Support the people of Syria with Qunut and Supplication
Next Article ‘Fatwa on Syria’ by 107 scholars