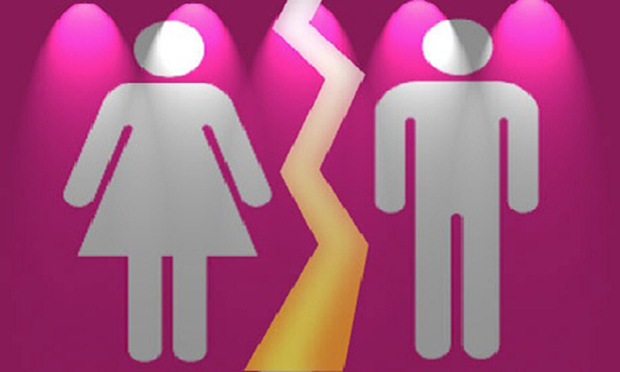 The Commission on the Status of Women has for a 57th occasion rolled itself out on the United Nation’s stage, before a congregation of more than 100 nations. Notwithstanding the good intentions held by some of its endorsers, closer scrutiny of its specific clauses and its contextual undertone reveals an undermining to the very principles that uphold society and that have been legislated by Allah and his Messenger. The claim to promoting the ‘advancement of women’ is now, more than ever catalysing the regressive single-gender society, defying all disposed instinctive abilities and creating a bottomless vacuum in adequate child development and in the family’s collective harmony.

The fundamental theme of the 57th commission was to establish active measures to eliminate widespread violence against women. As many as 7 in 10 women experience sexual molestation or physical abuse in their lifetimes[1], instigated by ignorant societal beliefs or inherent arrogance held by their oppressive counterparts. It appears hugely counterproductive, however, that such abhorrent practices are revoked by many of the commission’s clauses masculinising the femininity of the woman and feminising the masculinity of men. Moreover, reservations on the commission’s proceedings surround elements that aim to uproot the divine rights and instructions revealed by Allah the most high concerning marriage and its legal age, divorce, inheritance and abortion.

Most notably, the National Libyan Fatwa Council was eager to demonstrate its objection to what is suggested to be enforced as international legislation. Sheikh Al-Sadiq al-Ghiryani was prompt in issuing a Fatwa concerning the impermissibility of agreeing to excerpts of the commission’s proceedings, reasoning that its clauses are in direct conflict to the Shari’ah of Allah[2]. Of the many motives behind the verdict, those most noteworthy are insinuations to the substitution of Qiwaamah (the man’s accountability over the household) with direct division of duty, creating indistinguishable roles, the nullification of polygamy, the legal dowry and the man’s financial responsibility towards the family. Additionally, extracts allude to the direct matching of inheritance, specifying a new legal age of 18 for marriage rather than adolescence, withdrawing the man’s right to divorce whilst permitting unbounded sexual freedoms to the woman. Under the pretext of eradicating violence against women, presented research recommends as a plausible solution the recognition of “women’s sexual and reproductive autonomy rather than protecting women’s sexual purity”1.

“O Prophet! Tell your wives and your daughters and the women of the believers to draw their cloaks (veils) all over their bodies. That will be better, that they should be known (as free respectable women) so as not to be harmed. And Allah is Ever Oft-Forgiving, Most Merciful.”[3]

Then in paradox to the envisaged aim of the conference, the same article contests that women are “denied the ability to make a free choice about their lives because they are denied abortion even in the cases of forced pregnancy” 1, implying that in the absence of forced pregnancy a woman should be granted the choice of aborting to death a feeble unborn child. Such implications leave the observer confounded as to the definition and boundary of ‘free choice’ and ‘opportunity’. Can it be that society has transformed childcare and the commitment to establishing a harmonious livelihood for all members of the family a hollow burden and an impediment to practicing ‘free choice’? Is it then a solution to “reduce the childcare demands on women and redistribute it to fathers as well as to public daycare facilities, allowing women to join the labour market”[4]? Even despite the affectionate attachment and dependability the newborn child has toward the mother and the mother’s competence in addressing this? Will not then the woman be compelled to arduous market labour in addition to satisfying the child’s yearn for the mother over the father?

Incontestably, men and women are inherently different and have been facilitated, at least apparently with distinctive capacities. Allah has decreed for instance that it is the woman who carries the offspring. Therefore instinctively, society has put into place childbirth mechanisms for the woman as oppose to the man. In this aspect the woman is more capable than the man. On the other hand the man generally exceeds the woman in physical strength and thus assumes the more arduous chores. Those who advocate making identical the man with the woman verbally are revoked by the practical reality, an example of which is the undisputed gender divide in the sporting world. Thus equating the man with the woman in every aspect of life is rationally impossible and claims to this effect are the very essence of the problem and have created this very feeling of inferiority. What remains then is the question of how best can social rights and responsibilities be divided between the man and woman such that optimal societal benefits are attained? Resolution that imposes equal responsibility to toil and labour may not satisfy the aspiration of many women whilst natural inabilities in the man to breastfeed for instance may impede the efficiency of child development!

In a society where capital is often deemed the most pivotal element to wellbeing, success and opportunity and an entity to which many people have become enslaved, not pursuing it directly has become deemed as missed opportunity and a lack of purpose in life. Islam, however, regards wealth a means to a greater end; societal well-being and quality, collective justice and an investment for the ultimate purpose of pleasing the creator Allah. Islam does not deny women the choice of joining the labour market, rather facilitates this prospect through the example of the best woman to ever live, our mother Khadijah, the wife of the final Messenger may Allah be pleased with her. She was a woman who engaged in trade, supporting her beloved husband financially whilst preserving her impeccable modesty and fulfilling her obligations above her choice.

The man in Islam, on the other hand has an obligation to provide for the entire household and to contribute to the development of the offspring so much as his physical and mental capability permits. A society enslaved to the pursuing and accumulation of wealth, furthermore, will deem the male children at an advantage having inherited twice that of the female children which is not the case for a community that has the ultimate end in sight. On the other hand, the Muslim whose outlook extends to a day of accountability realises that worldly wealth is perishable and will disintegrate away in the soil. Nevertheless, having inherited the larger sum, the man is laden with responsibilities that will chase him in the hereafter when purchasing off his shortcomings with that double-inheritance is not an option.

“The Day whereon neither wealth nor sons will avail, except him who brings to Allah a clean heart”[5]

“There is no person whom Allaah appoints in charge of others and he dies having betrayed his charges, but Allah will forbid Paradise to him.”[6]

In the end, international thinkers, academics and ‘law-makers’ will continue to speculate as to how best justice between the man and woman be attained. This roots to either their ignorance of the impeccable Shari’ah or its intentional opposition, and how through its correct application displayed the pinnacle of societal harmony and well-being, whilst driving economic growth as a natural by-product as oppose to an objective. This realisation is founded upon conviction in that Islam is the legislation of the creator, conveyed by a Messenger who does not speak of his own accord, its law is infallible, applicable to every time and place, complete, correct in its totality and rewarding for humanity.

“The only saying of the faithful believers, when they are called to Allah and His Messenger to judge between them, is that they say: “We hear and we obey.” And such are the successful”.[7]

Islam is far superior to all directives established by people who convene for a 57th occasion to revise regulation surrounding something as fundamental as alleviating oppression towards women. This truth should be translated into confidence on the part of the participant Muslim nations, such as not to allow their UN memberships infringe the boundaries set by Allah and his law. A positive precedent was set by the Egyptian Presidential Aide for Political Affairs at the very convention; Pakinam Al-Sharkawi maintaining that under the new constitution women are fully-fledged citizens, forbidding all forms of oppression and exploitation[8]. Of course, no participant is oblivious to the new constitution’s Islamic undertone and it is for this reason that such a political stance bears weight. The remaining participating Muslim nations should exercise similar rhetoric while any suggested challenge to the law of Allah should be defied and considered an intervention into that nation’s internal affairs.

[donationbanner] Notes:
Sources:www.islam21c.com
Islam21c requests all the readers of this article, and others, to share it on your facebook, twitter, and other platforms to further spread our efforts.
[1] Pinar Ilkkaracan, “Preventing Violence against Women and Girls by Protecting their Sexual and Reproductive Health and Rights”, United Nations Commission on the Status of Women, Fifty seventh session, March 2013.
[2]http://www.foxnews.com/world/2013/03/11/libyan-mufti-issues-edict-against-un-document-on-women-rights-says-it-counters/ accessed 13th March 2013.
[3] Quran 73:59
[4] Commission on the Status of Women Fifty-seventh session, Review Panel, “Equal sharing of responsibilities between men and women, including caregiving in the context of HIV/AIDS”, March 2013.
[5] Quran 26:88-89
[6] Narrated by Al Bukhari and Muslim on the authority of Miqal ibn Yasaar.
[7] Quran 64:51
[8] http://allafrica.com/stories/201303120338.html accessed 13th March 2013.
Share. Facebook Twitter LinkedIn Email Telegram WhatsApp
Previous ArticleHighest Hits
Next Article Istiqaama: The Way of the Believer