RAMADAN MUBARAK!
Home / Spirituality / Istiqaama: The Way of the Believer

Istiqaama: The Way of the Believer

True strength often does not lie in one’s physique or muscle-power, but is almost always an issue going much deeper. Many are those who seem strong-willed and distinguished amongst people until there occurs at hand something which exposes their true reality, showing a weak and brittle state. Then there are those few individuals who may remain unknown to society, but who hold a high rank with their Lord. They may be seen to be weak and insignificant, but their reality is such that when Mankind is wandering in darkness and heedlessness, they never lose their path. Were the people to be enveloped in fear and hardship, these individuals would not flinch. Such is the power of having Istiqamah.

Istiqamah is often translated to mean ‘uprightness, correctness, integrity, soundness’ and so forth. It comes from the root word قام (qama) meaning ‘to rise’ or ‘to stand upright’ and it’s from this that we derive words like مستقيم(mustaqeem) as in ‘Sirat al-Mustaqeem’ (Straight Path).

For the believer, Istiqamah is a virtue and a caliber that cannot be done without. It’s a quality that we continually strive to attain although we may fail at times. In this age where fitan (tribulations) have become widespread and open sin is the norm, many people have lost the Istiqamah they once had in them – the strength to stay upon the straight path with firmness has escaped through their fingers.

“Verily, those who say ‘Our Lord is Allah’ and then they’ istaqamu’ (remain firm and straight), on them the Angels will descend (at time of death) saying: ‘Fear not, nor grieve! But receive glad tidings of Paradise which you have been promised!” [Fussilat: 30]

“So stand you firm and straight as you are commanded – and those who turn in repentance with you, and transgress not. Verily, He is All-Seer of what you do.” [Surah Hud: 112]

The reward of Istiqamah in this world is nothing other than Jannah as is mentioned in the first of the two verses above. It comes next to our declaration of Iman in Allah, and it is what will aid and strengthen our Tawheed (belief in Allah).

In addition to uprightness and firmness, Istiqamah also entails leaving sin and avoiding transgression as Allah said in the previous verse, “and transgress not” – making it part of the command given in the above ayah. Our Istiqamah is not complete until and unless we stay within the boundaries set for us by Allah through the Shari’ah (Islamic Law).

In a beautiful hadith of the Prophet (s), it is related that Sufyan ibn ‘Abdullah (ra) came to him and said, “O Messenger of Allah! Tell me something about Islam which I can ask of no-one except you.” He (s) said, “Say: I believe in Allah and thereafter be upright” [Sahih Muslim]

As upholders of Islam, we have to realise that developing this Istiqamah within us, is a long-term process. It does not occur overnight or after listening to one lecture, but rather it’s a continuous struggle in which we may find ourselves failing more often than once.

Istiqamah is in our words, actions, intentions, and state (our condition). It is what our character builds upon and it is what determines our destiny on the Day of Judgment.

Throughout Islamic History, reflections of Istiqamah have shone from great figures. The Prophets being at the forefront leading this world under the guidance of Allah were truly upon Istiqamah. Calling a nation engrossed in disbelief and shirk is not easy when you are alone. How simple it must be for one to walk away at the first sign of rejection – but not the Prophets (`alayhim al-salam). Allah had kept them firm upon His path and established within them the Istiqamah they needed to carry out such testing tasks. The companions of the Prophet Muhammad (s) were nurtured by the Qur’an which not only changed them so drastically, but built them upon firmness and integrity. So great was their Istiqamah and patience that horrific ordeals poured out on them was not enough to shake them or make them utter false statements. They were the ones who stood like towering blocks against the current of what surrounded them.

Istiqamah is also needed during times of ease just as much as it would be needed during times of hardship. This is because when the heart begins to feel false security, ease and becomes arrogantly confident from the punishment of Allah then this is a heart that has been exposed to fitnah (test), and has subsequently failed. It is during these periods that the masses start to suffer from forgetfulness. Their vision shifts from the Akhirah to the Dunya and so their actions begin to be ones done solely for attaining and reaping worldly benefits at the expense of their religion. It is during these times that a person becomes blind to their sins, and therefore hardly sees a need for repentance – increasing one’s outstanding punishment. This is why the pious predecessors feared for themselves when they experienced prolonged periods of ease and comfort in their lives – they feared that any due punishment or atonement for sin had been delayed for the Hereafter, where every reward or punishment increases in magnitude and length. Istiqamah however, doesn’t allow a person to be as easily misled as that. It prevents a person from occupying such weakness in their Islam, and keeps their heart and feet planted firmly upon the Straight Path. It serves as the distinguishing factor which keeps them firm and focused whether in hardship or in ease.

Ibn Rajab (rahimahullah) said, “The root of Istiqamah lies with the heart being firm upon Tawhid.”

Having correct Tawhid is essential in every minute and detailed aspect of a person’s Islam – recognizing Allah as our Lord and Creator. Dedicating all our worship to Him Alone and purifying our belief in Him. Learning to love Him, having fear of His punishment and having hope for His reward. Learning to have Tawakkul (reliance) upon Him and making sure to negate and reject all other false deities, as Abu Bakr (ra) was once asked, “What is Istiqamah?” He replied by saying, “It is to not associate partners with Allah” and by this he meant that one’s Istiqamah is based on sincere and correct Tawhid.

The heart being at the center of life is often the driving force for many of our actions. This is why the Prophet (s) said, “Verily, in the body is a morsel of flesh, were it to be upright, then the whole body would be upright and were it to be corrupt then the whole body would corrupt. Verily, it is the heart.” Therefore, it can only follow that a heart established upon Tawhid will order and call for righteous actions to be performed.  Ibn Rajab (rh) called the heart ‘King of the body’ in that it is obeyed and naturally followed.

Some sayings of the Salaf regarding Istiqamah

Different scholars and righteous figures from Islamic History have given several statements and advise regarding Istiqamah.

Mujahid: “Be upright and stand firm on la ilaha illa-Allah until you meet Allah.’

‘Uthman ibn ‘Affan (ra): “It is to purify your actions for Allah,” i.e. to be sincere in deeds.

Al-Hasan al-Basri: “Be firm and upright upon the commands of Allah, work to His obedience and keep away from His disobedience”

Ibn al-Qayyim mentions that some knowledgeable people would say, “Be the companion of Istiqamah and not the seeker of respect and nobility [amongst the people], because your soul seeks this respect and nobility while Allah has called it to seek Istiqamah.” He (rahimahullah) also said, “I heard Ibn Taymiyyah say, “The greatest nobility lies in the presence and requirement of Istiqamah.””

To conclude, this is the Istiqamah that we so ardently need in order to safeguard our Deen, make it out of this Dunya and arrive safely in the Akhirah. It is what will aid us against our enemies, against Shaytan and his army and it is also what will help us make strong and wise decisions throughout our lives, and remain firm upon them.“Verily, those who say ‘Our Lord is Allah’ and thereafter remain firm and straight (istaqamu), on them shall be no fear, nor shall they grieve. Such shall be the dwellers of Paradise abiding therein – a reward for what they used to do.” [al-Ahqaf: 13-14]

We ask Allah to bestow upon us His Grace, forgive us of our sins and plant our hearts firmly upon the Word of Truth (the Shahadah).
May He give us the Istiqamah we need to face the challenges of life, and live up to the title of being Muslims. Ameen

Visit www.solaceuk.org and donate generously to their cause.. SOLACE is an organisation that was set up to support female revert sisters in difficulty. Our mission is to aim to ensure that no revert sister goes through difficulties in her life unsupported, by providing the holistic support she needs to move forward and by enabling her to strengthen and maintain her faith and closeness to Allah subhanahu wa ta’ala. Please support us in what we do in trying to support them and show them the beauty and perfection of Islam once again.

Previous: Forming the Single-Gender Society
Next: Excellence is an act, not a habit 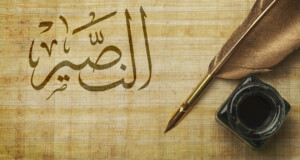 One God Many Names | Al-Nasīr (The Granter Of Victory) 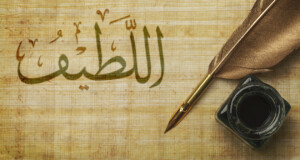 One God Many Names | Al-Latīf (The Ever Subtle) 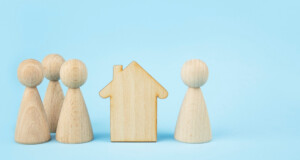 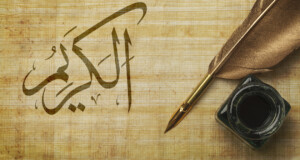 One God Many Names | Al-Karim (The Generous)