Excellence is an act, not a habit 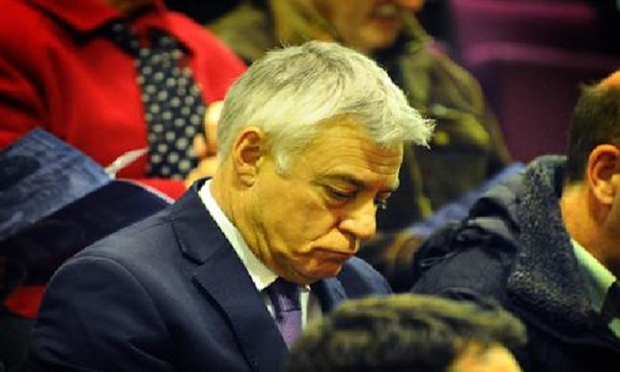 It is common knowledge that the best deeds are those, which are done consistently.  Curiously, the Muslim community hasn’t applied the merits of this powerful statement in the political sphere.   Other communities have applied the merits of the statement and engaged in consistent collective action within the political sphere. Those same communities are now attributed with the illusion of crippling power. (All praises are due to Allah Swt).

Recently, British MP David Ward decided to comment on the Israeli state and the irony that characterizes its actions.  Unfortunately, the comments made by Mr. Ward placed him under a tremendous amount of pressure to publicly apologize and surrender to the Israeli Lobby.  Regrettably the MP’s comments were relatively neutral and as a result, those twice removed from international politics were left to contemplate how the lines of political correctness had receded so far.  The MP’s comments pointed out that it is wholly regrettable that the Israeli state, as a political entity, has committed similar atrocities to those, which were committed during the Holocaust.  The interesting point to note is that David Ward’s comment would appear relatively harmless on it’s face.  Yet when we consider the line of thought, and the potential Anti-Israeli sentiment that could be built from such thinking we realize why the Israeli Lobby has taken such consistent deliberate actions to ensure information contrary to their own agenda is not disseminated to the masses. As Muslims living within the British polity we must recognize that this is our current reality, governments within western democracies kneel down to lobbyists, hence the strength of the Israeli state and it’s movement.

Anti-Semitism is a well-documented phenomenon, one, which has grown to become a powerful tool both legally and politically.  Anti-Semitism has received its high profile because consistent action has been taken in the political sphere by the Israeli state and its proponents to ensure that a pro Israeli sentiment is frequently circulating within the public domain.  As a community engaged in the political sphere we must be attempt to be less emotional and more pragmatic when it comes to claiming our stake within British society.  Through the effective creation and administration of lobby groups we too have the ability to control the sentiment that revolves around the statements and events that are associated with Islam and Muslims in the public domain.   One effective method could be to highlight Islamophobia within the public realm, consistently and effectively.  This would give the community a tool that would be both proactive and reactive.  Further it could be utilized to protect the interests of Muslims within British society. For those who are not familiar, Islamophobia could be described as a contrived fear or prejudice fomented by the existing Eurocentric and Orientalist global power structure.  It is directed at a perceived or real Muslim threat through the maintenance and extension of existing disparities in economic, political, social and cultural relations, while rationalizing the necessity to deploy violence as a tool to achieve “civilizational rehab” of the target communities (Muslim or otherwise).  Many would suggest that Islamophobia reintroduces and reaffirms a global racial structure through which resource distribution disparities are maintained and extended.

Not only is Islamophobia well defined, it is also widely recognized as a phenomenon within modern society.  We should feel compelled as a community to consistently articulate our position within the political realm.  Islamophobia is a reality and just as other religious communities utilize their history, low points and high points to their advantage, the Muslim community should do the same.

Sources:www.islam21c.com
Islam21c requests all the readers of this article, and others, to share it on your facebook, twitter, and other platforms to further spread our efforts.
Abu Dhajaana
Share. Facebook Twitter LinkedIn Email Telegram WhatsApp
Previous ArticleIstiqaama: The Way of the Believer
Next Article Battleground America: Pt 1-The Truth About Gun Control