A Quick Guide to the Proposed CTS Bill 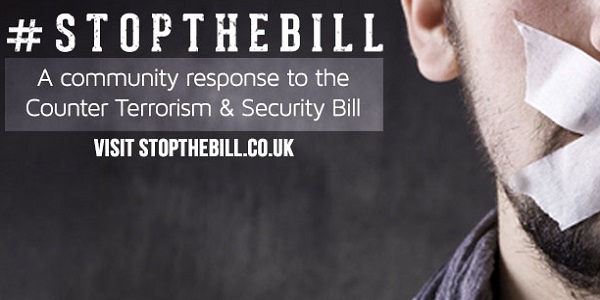 1.    Seizure of passports from persons suspected of involvement in terrorism – The Bill proposes granting powers to police and border officials to seize a person’s passport for up to 14 days (This can be extended upon application to a judge). The seizure applies to those coming into the UK as well as those leaving and affects UK citizens as well as non-UK nationals and is based on ‘suspicion’; the officer need not have any grounds or evidence for his suspicion.

2.    Temporary exclusion orders – The Bill will empower the Home Secretary to issue a Temporary Exclusion Order, which will ban a UK citizen who is abroad from returning for up to 2 years, where she/he believes there is a “reasonable suspicion of involvement in terrorist activity abroad”. The Home Secretary may issue a permit for the individual to return, but the permit will impose conditions including where the person lives and what flight they take to return to the UK.

3.    Introduction of new, tougher measures within Terrorism Prevention and Investigation Measures – TPIMs replaced Control Orders, which were used to restrict the activity of suspected terrorists who had not been convicted. When TPIMs were introduced in 2011 they decided they would scrap the powers to move people across the country. The Home Secretary now proposes bringing back the power to send suspects to new towns (up to 200 miles from their normal residence), introducing internal exile.

4.    Creating an obligation to monitor and report extremism – Colleges, schools, prisons, GPs and councils will now have a legal duty to prevent people being drawn into terrorism. Schools, nurseries even GPs will be required to monitor those they provide services to and report anyone they believe is at risk of, or has in fact been drawn in to terrorism. Universities will have to draw up policies on extremist campus speakers, and prisons will be required to have policies for dealing with radicals. The Home Office will be able to get court orders obliging bodies to comply with their obligations.

5.    “De-Radicalisation” Panels – The Bill creates a legal duty that will require local authorities to establish a panel to refer people identified as being at risk of ‘being drawn into terrorism’. The composition of that panel is set out in the Bill, and its purpose is to draw up a “de-radicalisation” plan for the person identified as being at risk. The Bill makes no provision for the person identified to have legal or other representation, or in the case of a child, to have a parent present.

6.    Obligations on airlines – Airlines will now be required to disclose personal information about their passengers in advance. Airlines that refuse or fail to provide advance passenger lists will be banned from landing in Britain and may face a penalty.

The above is a summary of the main points contained within the proposed Counter Terrorism & Security Bill. Please Visit www.stopthebill.co.uk for a more detailed understanding of what is happening and guidelines on what you can do.