#STAND4UYGHURS
Home / Current Affairs / Are you a 2.5 brick Muslim or do you care for more? 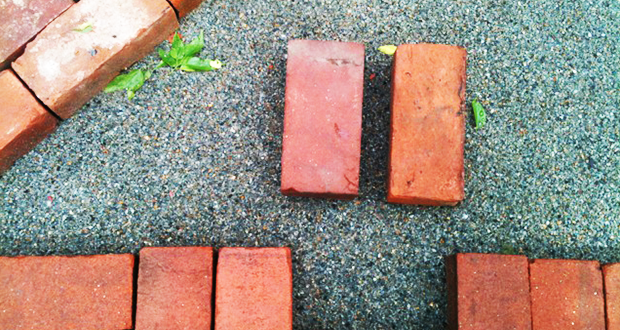 Are you a 2.5 brick Muslim or do you care for more?

Recently a friend’s builder made a huge accidental error in building terms, by building an extension that was 2.5 bricks too long. A neighbour wrote and complained to the local council asking whether planning regulations were being breached. This neighbour—also known to me over the years—would put himself across as “not educated enough” to write to his MP about anything, like for instance, the theft of not 2.5 bricks’ worth but the recent taking of 1,000 acres of Palestinian land by Israel.

The past couple of months have been more than usually hectic – the onslaught on Gaza by the Israelis resulted in my organising coach trips to demonstrations, organising a demonstration locally, organising a “How do we as a community react?” meeting as well as a meeting with MPs and MEPs on the subject matter. This does not include letters to the media and letters to politicians as well. I sincerely apologise if it seems I am banging my own drum but I reluctantly do so as it’s completely relevant to this article.

Following on from the meeting with the Parliamentarians, in a conversation I had with an English lady (who helped to organise that meeting), she was genuinely surprised, even shocked when I said to her “I don’t enjoy being an activist one bit, I’d much rather there was peace in Palestine and elsewhere as I’d much rather be doing other things of interest to me.” As someone who is known locally as “an activist” over the years and someone who “does that kind of stuff” I am sure many others feel it is something I enjoy doing and have lots of time on my hands to do.

The reality of the situation is that there isn’t peace in Palestine; that people like Moazzam Begg are locked up for fighting for our liberties and his organisation Cage are under threat of being silenced and shut down; that there is a concerted attack on Islam in the UK from all quarters, the media, the far right thugs on the street, our politicians and the so-called Muslims who would like to give our Government their preferred version of Islam.

A schoolteacher from Bolton is in court in the next couple of months, charged with I believe “assisting in acts of terrorism” – the reality being that he has been in contact with and has probably been financially supporting his younger brother who has been fighting against the brutal dictator Assad in Syria since the summer of 2012 when notably it wasn’t deemed by our Government to be a crime. Faced with the situation of a sibling having gone to Syria, whether one agreed with it or not, who would abandon their own blood, their brother? The Bolton Muslim community has failed to even contact this teacher to ask after him.

The “How do we react as a community” to Gaza meeting brought about angry calls for boycotts, demonstrations and meetings with politicians which, boycott asides, have been delivered. The majority of the people attending that meeting at the height of the Israeli onslaught failed to show up at the meeting with the MPs/MEPs only 3 days after the long term ceasefire was announced last week. So are you a 2.5 brick Muslim, only concerned with himself/herself and your immediate back yard? Who amongst you, apart from feeling the pain momentarily of seeing Palestinian kids being slaughtered have moved on now that “peace” has been declared, and the mass killing has stopped? How serious are you about the boycott campaign now? Do you still feel as strongly about Coca Cola, Sainsbury’s/Tesco or Garnier as you did 4 weeks ago or will it really not matter if you go back to your favourite shampoo?

Israel will not feel the pain of a boycott campaign unless we make it sustainable, amongst a large enough group of people for quite a while—maybe even a year or two. Having said that, I know that our local boycott campaign will not get many Muslim organisers and people who will give up a couple of hours on a Saturday because “it’s not their thing”. Well folks, here’s the thing: it’s not “my thing” either, but someone has to do it so please get involved more. Being involved means more than attending a community meeting to voice one’s opinion as if someone else is in a paid position to carry those opinions and actions forward. We do need to put “ourselves out” and we’re all busy.

It may be easy to stand behind a counter and stamp “Boycott Israel” on £5 notes, but if one really wanted to make a difference, then refusing to sell the newspapers which spout Israeli propaganda, would have been taking a real stance. Similarly, texting others to boycott Coca Cola whilst still selling it yourself also smacks of a lack of faith in the Almighty and sadly not realising where one’s rizq comes from. Many have vented their rage on Facebook and Whatsapp but is that really considered activity other than raising awareness amongst your friends who may have been doing the same? How many of us have been “keyboard warriors” to our own audiences but have not actually done anything else? Is that achieving anything more than just showing concern?

Many people wishing to help, will throw themselves into charity work to raise funds for Gaza, and whilst this is very necessary and commendable ma sha Allāh, we must also remind ourselves that Gaza is not a “natural disaster”. This was not a flood nor a landslide, this was an act of man, namely the state of Israel and we must do more than apply the sticking plaster every time they attack and leave children to face lives without parents and leave parents bereft of their world—their kids. Giving to charity is an absolute must but not at the costs of appeasing one’s conscience in feeling good that we have “helped Gaza”. How many of us consider the Gazans as we would extended members of our own families? Had an uncle or an aunt been in Gaza, wouldn’t many of us surely do more than we have done? Should we not be thinking of them as at least our uncles, aunties and cute little cousins, if not our brothers and sisters?

How many of us can say we were unable to stand up and do more to try and change it actively with even our tongues? Or are we content to be in “the weakest of faith”? On the Day of Judgement when we are all asked what we did regarding these challenges, will we have enough actions to make our case?

There are many challenges facing us Muslims in the UK and we cannot sit back and hope that someone else will take it on because we are busy. To raise our children and protect them in increasingly islamophobic communities will need many, many of us to stand up for our Islamic values and principles. One of the greatest barriers for us all is time, and we all need to actively make the time needed to get involved and to make a difference. Let us be honest! We do make time for things that are really important to us; holidays, sports, TV, gyms, dining out. And therein lies the issue—importance.

Please, let us be more than 2.5 brick Muslims.

[1] Recorded in Sahīh Muslim
2014-09-05
Salim Bhorat
Previous: Response to ISIS: Imperial Hegemony or a Safer World?
Next: Is David Cameron leading the UK to disaster?