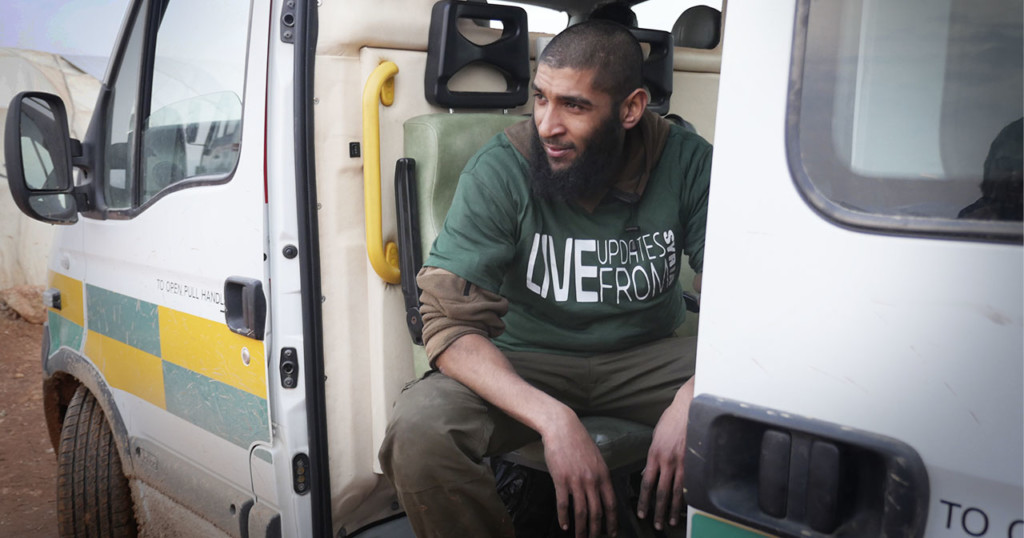 “O you who have believed, be steadfast in your devotion to Allāh and bear witness in justice, and do not let the hatred of others lead you to injustice. Be just, for that is closer to God consciousness.” [1]

Over the last few weeks, the effects of not applying this command from the Qur’ān has been made evident in the Shamima Begum case.[2] People have been engrossed with her story, but sadly not due to the side-tracking of equity and impartiality she has faced, but instead, allowing her ordeal to be the topic of many conversations and debates simply because there has never been anything like it before.

The reality of the affair is that her story is quite common, and her case has bought—and will continue to bring—to light other cases where Muslims have had their citizenship revoked by the UK Home Office. Crucially, this is not simply affecting those who have joined prescribed or terrorist organisations, but also humanitarian aid workers. One victim of such second-class citizen treatment is Tauqir “Tox” Sharif, who has chosen to go public to highlight this injustice.

Born and raised in northeast London, Tauqir Sharif moved to Syria in 2012 with his wife, Racquell Hayden-Best, to be involved in aid work in the area.

“We chose to come to Syria because of the gruesome scenes that we were seeing on our television screens.” [3]

After spending some weeks in Aleppo, assisting those wounded by transporting them out of the city, a thought crossed his mind to live in Syria.

“I was sitting there thinking about what I had been through. There was a downpour and the driver lost control of the car. It skidded off the road and we spun around. I thought, we are going to die here in Turkey, when all that time I was in a war zone with bombs dropping on my head in Syria. As a teenager I’d come close to death when I was stabbed and robbed. I ended up in hospital. I thought, you can die in the UK easily. Or you could die in a road accident in Turkey. Or you could die in Syria doing something you believe in. That was the turning point for me. I decided I would stay.”

Back then, going to Syria was perfectly legal, and even indirectly encouraged by the UK government, who supported the rebel groups who were opposing the despot, Bashar al-Assad. In fact, it was reported that the UK’s Department for International Development was spending over £1billion on aid for Syria.[5]

Tauqir and his wife made their home in a hut near the Turkish border helping to run a refugee camp and two Islamic schools in northern Syria, raising funds via their organisation Live Updates from Syria, boasting over 200,000 followers on its Facebook page.[6]

It was after the G7 summit of 2014 when the goalposts shifted, and the UK government changed its policy towards the Syrian conflict. Almost overnight the Syrian rebels that were once supported suddenly became terrorists.

Meanwhile Tauqir and Racquell’s 17-month-old baby daughter, Khadijah, was denied a UK passport, despite being in a war-torn country. It seems the family has been paying the price for those sitting at the round table, because five years on, none of his five children have UK passports, effectively stranding them in Syria, solely because their parents, Tauqir and Racquell, are involved in relief work.

In 2017, Tox received the news that his citizenship had been revoked for “aligning with a group that was aligned to a terrorist group.” Mr Sharif has completed rejected the allegations as completely false.

He told the BBC:

“I’m saying ‘OK, if there’s evidence, put me in front of a jury and I will win’. I believe that 100%. But to say that there’s secret evidence and it’s too secret for us to share with you I think that’s unfair.” [7]

His voice is being raised and his story is being told so that he may receive the justice he deserves, and so this does not happen to anyone else. Depriving an aid worker of their citizenship goes against not just natural justice, but the oft-weaponised “British values” that some in government claimed to have; which often turn out to be little more than mere slogans. What adds insult to injury is the fact that the only way his citizenship removal was justified was because he happened to be the son of a Pakistani father, and is thus expected to “go back” and apply for citizenship in Pakistan, despite having never lived there.

“Coming back from that ordeal to have your own government treating you as if you are the terrorist was not the nicest feeling in the world.”[8]

In summary, this is not a surprising series of events that have followed Tauqir and his family. The controversial and polarising Shamima Begum story was deliberately used to set a precedent. People have voiced their anger and frustration through their opinions with her case, but this injustice will affect others, not just so called ‘criminals’.

Also read: Shamima Begum – all of a sudden not British

This mistreatment is not happening to criminals, it’s happening to regular workers, people who don’t change the channel when they see what’s going on in the Middle East, but instead begin to re-write their biographies by taking active steps to serve those people; whether that may be towards a family losing their home, a father losing their child, or a child losing a limb.

“We have been documenting cases like this for years, but these stories seldom find traction in the media.”

Tauqir Sharif is simply appealing for a fair hearing in an open court where evidence against him can be presented before a judge and jury. If you want to be from among the people Allāh loves, don’t brush off this article, rather act, speak up and call for action in defence of your brother now. For if you don’t, it may happen to you next.

Use the hashtag #AreWeBritish and implore politicians and media corporations to highlight the need for public justice and accountability.