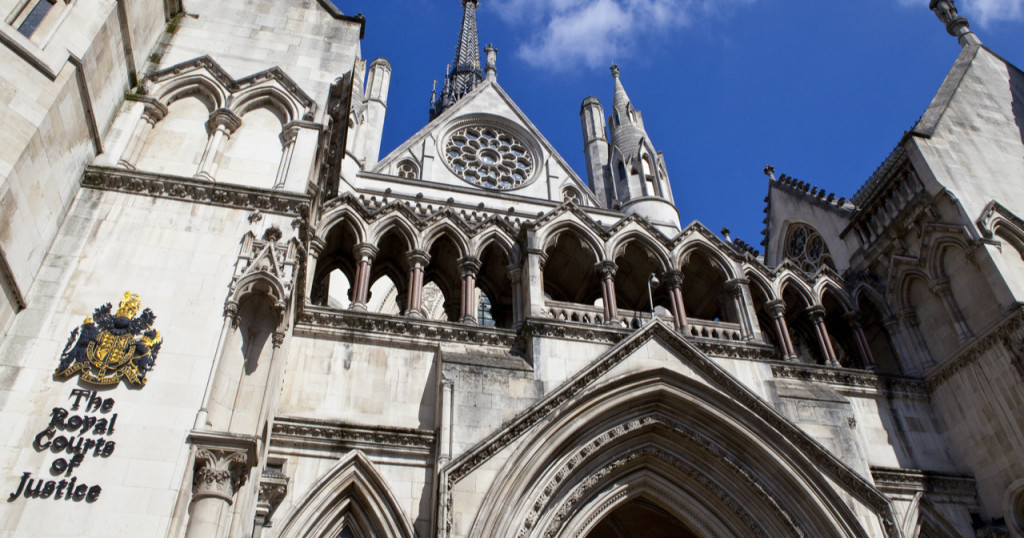 Read the statement of apology here

On Monday, Her Majesty’s government delivered an unprecedented and unreserved apology to Chief Editor of Islam21c, Dr Salman Butt.

“The Government accepts that it was wholly false to allege that Dr Butt is an extremist hate preacher who legitimises terrorism and therefore someone from whose influence students should be protected”. It is sorry for the harm caused to him and in particular for the fact that the allegation was made and maintained for so long.”

In addition, the Secretary of State for the Home Department has paid an undisclosed sum of compensation to Dr Butt, further to removing the offending press release from circulation, and agreeing to pay the respected author and activist’s legal costs in this matter.

“On 17 September 2015 the Defendant published a press release entitled ‘PM’s Extremism Taskforce: tackling extremism in universities and colleges top of the agenda’. The press release concerned government measures to stop extremists from radicalising students on campus, known as the Prevent Duty Guidance. It alleged that Dr Butt was one such extremist hate preacher who legitimises terrorism and from whose poisonous and pernicious influence students should be protected.

“This was a very serious allegation to make and it was and remains completely false. Dr Butt is not and has never been an extremist hate preacher.”

Tomlinson, a specialist media and information law barrister who was called to the Bar in 1983 and received silk in 2002, further told Her Majesty’s High Court of Justice in England,

“The publication of these false and defamatory allegations by the Defendant has caused Dr Butt and his family very great distress, anxiety and damage to his reputation. He was particularly upset that these allegations had appeared in a formal government document that was issued for the information of the press and that it was published without any prior warning being given to him, and without providing him with any opportunity to respond. The first Dr Butt knew of the press release was when its contents were widely republished in the UK media, including the allegations it made about him.

“…Dr Butt, is pleased that the Government has now finally agreed to apologise and to join in the making of this Statement in Open Court in order to assist him to repair the harm it has caused him. The Government has also paid him compensation for the purposes of vindicating his reputation and compensating him for the harm done to it, and for the distress caused to him. It has also agreed, finally, to remove the press release from circulation, and to pay Dr Butt’s legal costs.” [1]

Acting as counsel for the Government, the experienced junior barrister Aidan Eardley told the court that Dr. Butt is “content to let this matter rest”. Eardley, a fellow media and information law barrister, stated in brief remarks:

“I confirm that the Secretary of State has agreed to join in this Statement in Open Court to publicly apologise to Dr Butt; to pay him compensation and his legal costs; the Government has withdrawn Dr Butt’s name from the press release.

“My Lord, given the public apology and other steps undertaken by the Secretary of State the Claimant is content to let this matter rest.”

Also mentioned on the offending press release were Dr Shaykh Haitham al-Haddad, Dr Uthman Lateef, Shaykh Alomgir Ali, Hamza Tzortzis, and Imran ibn Mansur. The government has removed the paragraph mentioning all of them from the online version of the press release, as well as the mention of Kingston University, SOAS (School of Oriental and African Studies), Queen Mary, University of London, and King’s College. [1]

“The discourse of ‘extremism’ is dead” 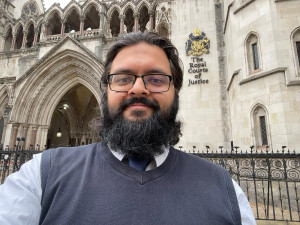 This defamation case has been alongside a judicial review arguing that the Prevent Duty Guidance is in fact illegal, which is currently at the stage of the European Court of Human Rights. Dr Butt stated about the lengthy proceedings:

“One of the clearest lessons from this long battle is how baseless the notion of “extremism”—and therefore “counter-extremism”—actually is. I believe the discourse of extremism is dead; more and more people are realising that it is a nebulous term used by the powerful to silence any thoughts, ideas or speech they do not like or cannot challenge without coercion. It is the “heresy” of today.

“Over the course of these legal proceedings the government’s own legal arguments have described “extremism” as a subjective value judgement not based on any objective criteria, as well as being neither a sufficient nor necessary cause for terrorism. Yes, you read that correctly! It is outrageous that people’s lives are destroyed and rights are restricted on a daily basis as a result of subjective and arbitrary judgements.

“This case shone a light on the existence and inner workings of a previously secretive department within the UK Home Office, the “Extremism Analysis Unit”.[2] Since the Government’s definition of “extremism” was opposition to so-called “British values”, this department effectively became a chilling McCarthyite echo monitoring “un-British” activity. It emerged that they were taking “information” about Muslim speakers, for example, from proudly Islamophobic organisations like the Henry Jackson Society, whose Associate Director is on record saying that “conditions for Muslims in Europe must be made harder across the board.”[3]

“If history has taught us anything, it is that when governments and powerful people develop a taste for arbitrarily restricting ideas they don’t like, it’s only a matter of time before that circle of in-expressible opinion grows wider. In the six years since that fateful press release I’ve seen this with my own eyes as more and more individuals and groups have faced state coercion or mob coercion (“cancel culture”), from environmental campaigners to various religious groups. The Muslim community was the canary in the coal mine, and I am hopeful that this victory and more like it will empower all people to speak up against this dying discourse of “extremism”.

“It has been a very long battle to clear my name. I thank firstly Allah and secondly the world-class legal experts at Bindman’s and Maxtrix Chambers who represented me out of a sense of duty to uphold justice.”

#TakingPreventToCourt: All the latest updates