Cattle, Herders, and the ‘Deal of the Century’ 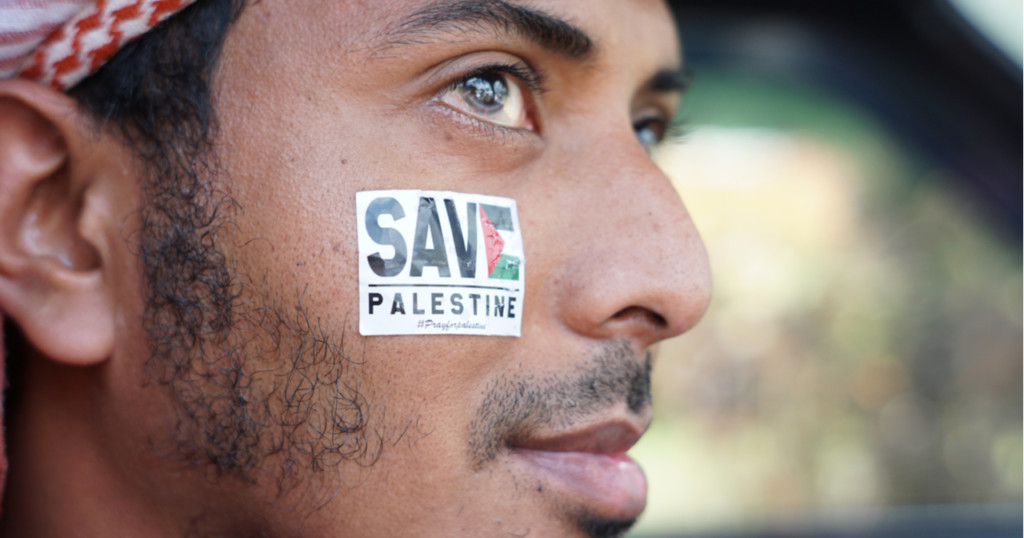 Talk about anticlimactic. I never envisaged needing to read through the lines to discover what this US brokered ‘Deal of the Century’ has turned out to be. What exactly earns it such a magnanimous title? The first revelation is that Jerusalem is to be the undivided capital of ‘Israel’. Unless we’re missing something, the US already recognised this in December 2017. Palestinians are promised a ‘state of their own’. That spiel is hardly a ‘historic breakthrough’ as Trump puts it.[1] In fact, it dates back to the days of the British Mandate, before ‘Israel’s’ existence…

The deal ‘reveals’ a Palestinian capital in Eastern Jerusalem while holding the title of ‘undivided capital of Israel’. In other words, nothing changes. The deal also states that in the impossible scenario that Israel complies and agrees to a settlement freeze, the current settlements will lose their illegality in five years. In essence, Trump is proposing a four-year Palestinian state.

Perhaps the only real revelation is a $50b pot of bribe money, which will supposedly revitalise and “fundamentally transform the West Bank and Gaza”[2] by creating millions of jobs.[3] It gets better: the sum will apparently be forked up by Gulf States[4] who will effectively be selling Jerusalem by paying for it themselves. To summarise, the US ‘Deal’, which according to Nimrata Randhawa (now “Nikki Haley”) is the ‘last chance for the Palestinians’, is as follows:

The Gulf will donate money to the Palestinians in return for their accepting to forgo all of Jerusalem immediately. The remainder of Palestine will be given to the Zionists after four years, who will pay nothing. This is for a sum that would be worth at best a second-hand Skoda Fabia – if it ever reaches the Palestinians. Promises of 179 ‘infrastructure and business projects’, including 10% of the money on some type of tunnel linking Gaza and the West Bank are ambitious to say the least.[5]

“First lift the siege of Gaza, stop the Israeli theft of our land, resources and funds, give us our freedom of movement and control over our borders, airspace, territorial waters…then watch us build a vibrant prosperous economy as a free and sovereign people.”[6]

Why the Deal of the Century is destined to fail

It involves one side and a farcical ‘other side’

Perhaps the only thing more comical than the ‘deal’ itself was the serious looks on the faces of the Agal-bearing attendees of the June 2019 Manama conference when Jared Kushner unveiled the deal’s economic plan.[7] Seven months later, the US divulged the deal’s ‘political’ details. This US, lop-sided approach of gathering Arab support purely on the back of money before ‘politics’ is very telling, if not mortifying. Kushner, who is the personal acquaintance of many of these gulf oligarchs, has clearly understood the politics. The sacred significance of Palestine, is a tertiary matter in the minds of his ‘negotiating’ friends.

According to Kushner in the 2019 Manama conference: “Every country that we invited showed up, and we had a very, very big crowd. We got a lot of very senior business leaders from all throughout the world, all the great companies.”[8]

Not only do these chumps deal with the Palestine issue in monetary terms, they’re dim enough to believe the rest of the Muslim world does too. This is precisely what makes them pathetic and exploitable; their chasing of ‘herds’ (money) and seeing everything through the figurative lens of a cow’s backside. Hence, they all “showed up”, almost without a mind of their own. Like the Prophetic Hadith:

“If people trade according to al-eena (a type of Riba-based trade), are content with agriculture, follow the tails of the cows, and leave the Jihad in the Path of Allah, Allah places upon them humiliation which will not be raised from them until they return to their Deen.”[9]

Most of those representing the ‘Arab’ side of the ‘deal’ have been nearly entirely docile with respect to Palestine since 1948 and either passive, or even complicit, in Israel’s atrocities. Many were obliterated by Israel in 1967 when the very lands they are now looking to ‘rent’ back were usurped.

Secondly, where is Hamas and the resistance factions, Palestine’s most effective, democratically representative political and military force in all of this dealing? Simply glossing over them and those few nations that actually represent Palestinian self-determination such as Turkey, Qatar, Iran, and so on is akin to building a highway network on Venus. Some have compared the Deal to Balfour,[10] which is true insofar as it involves a deal between an occupier and a self-styled janitor. The difference is that the British had a ‘mandate’, whilst Jared’s Arab friends (and the Palestine Authority on that note) have no influence at all. Many are instead paying the US what is in reality a ‘Jizyah’ for their own protection.[11]

It doesn’t fulfil any ambition

Ironically, the deal recognises and respects the full territorial integrity of Gaza which was cleansed from occupation by armed resistance. All of Gaza, despite once housing illegal settlements, will be Palestinian, whereas only some of the West Bank and Jerusalem but nothing of historic Palestine whilst it looked right through the Right of Return.[12] As for ambitions, millions of Palestinians hail from historic Palestine like Jaffa, Haifa, and Acre. The two-state solution based on the 1967 borders was thus already an enormous concession.

Whilst many were busy ceding to 1967, ‘Israel’ usurped most of the West Bank followed by the entirety of Jerusalem. There is no ‘International Law’ which regulates ‘Israel’ or the US. In such circumstances, it is about time we also give up on 1967 and change our ambitions back to all of Jerusalem, not just its ‘east’ and the right to return to all of historic Palestine from where we hail.

It involves an Islamically Sacred Matter

Finally, and most importantly, the issue of Palestine is far beyond being merely humanitarian. We should not shy away from this point, or fear it will cost it the lateral, genuine support it receives from non-Muslim humanitarians. Palestine’s Islamic sacredness, as a Muslim Endowment (Waqf), an ‘aqidah, and blessed Muslim land outlined in the oldest Qur’an, is absolutely the cause’ most powerful safeguards and everlasting legacies. This is the most depressing reality for Zionism, as Islam is not a religion to forgo its structural heritage.

The rhetoric of ‘negotiation’, deals, and accords, in fact waters down the sacredness of Palestine. It gives the impression that someone has the right to put it on the table. Being the cause of all Muslims, no Muslim possesses the legal right to relinquish even an inch of an arid sand dune in Palestine until the end of time. It is unequivocally and sternly Haram.[13],[14] It is not about whatever nonsense ‘deal’ is forged, but that Palestine, all of Palestine, is not a commodity to be dealt with in the first place.