Could Trump actually be good for Muslims and Islam? 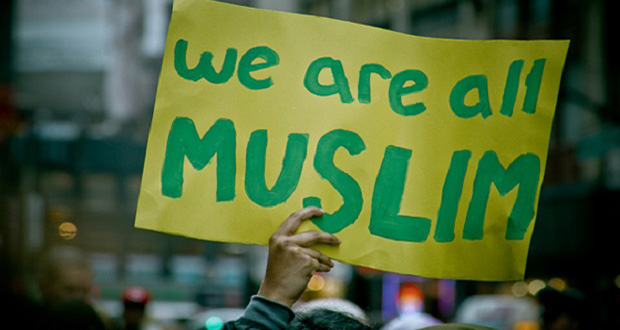 Donald Trump has moved seamlessly from President-elect to President. In fact, so seamless has been the transition that he seems identical to the one who started as the prospective Republican nominee. Trump is just as egocentric, brash, brazen and still as Twitter-obsessed as he has always been. For all his faults, one thing that he is not – is fickle. He has unashamedly maintained his anti-Muslim rhetoric which has, true to his words, now been enacted through one of his many executive orders.

Trump famously campaigned on a pledge to ban all Muslims from entering the United States. This pledge has seen Trump sign an executive order banning migration into the United States from seven Muslim countries. The ban is without doubt illegal under US law,[1] however try telling that to Trump and his entourage.

This is all quite surreal. At each and every step of his journey, from business tycoon to President of the United States of America, I kept thinking that he would fall at the next hurdle. Instead, he has, from the lofty heights of the Oval Office, now signed a piece of paper to execute the ban he so unashamedly advocated.

One thing he never accounted for was the swathe of sympathy that such blatantly discriminatory policies would generate within the American public. Up and down the United States, people have protested, demonstrated and shown solidarity with the Muslims. Protests have taken place at many cities and airports including Washington, Orlando, Atlanta and Seattle.[2]

Such solidarity with the Muslims is not an isolated incident. Actress Kathy Najimy encouraged all women to wear a hijab or headscarf at an anti-inauguration demonstration held in Washington.[3] She described it as a way to stand alongside their “about-to-be-disenfranchised Muslim Sisters”.

Levels of discontent and protest have now spread across the world. Demonstrations have even been happening in towns and cities across the United Kingdom. A petition to prevent Trump attending a State Visit to the United Kingdom has attracted nearly 2 million signatures and counting. Their displeasure is clearly indicative of a nation which feels that the UK should not welcome a president who has the audacity to implement a ‘ban on Muslims’ in his own country. Added to this invitation, which is being seen as tacit consent to the Trump order, there is resentment that the visit would be a State Visit with all its pomp and ceremony – and paid via the public purse.

Each and every day since the enactment of this executive order matters related to the high office of the President of the United States of America have reduced to near farcical levels. Trump has now retracted on the position that this is a Muslim ban. This, despite Rudy Giuliani, former New York City Mayor and a confidant to Trump, acknowledging on Fox News that this was a backdoor Muslim ban.[4] Additionally, Trump in true business-like style, has had the audacity to sack the acting attorney general, Sally Yates, for doing her job and questioning the legality of the executive order.

As they say, ‘you ain’t seen nothing yet’ when it comes to solidarity with the Muslims. If Trump decides to stand the course on developing a database for Muslims,[5] then pro-Muslim solidarity may soar to unprecedented levels. In fact, Madeleine Albright, the former Secretary of State, and actress Mayim Bialik have both stated their intentions to register as Muslim if that was the case.[6]

Despite all the rhetoric, discrimination, bigotry and downright anti-Islamic policies in recent times, it is almost unbelievable that four polls conducted of the American public in the last year has revealed “extraordinary, progressive and unexpected” positive attitudes towards Muslims and Islām.[7] Evidence seems to indicate that this is a result of opposing the views and sentiments of Trump himself. There is now a very simple barometer to gauge whether an American is progressive, just, fair and equitable – you just need to oppose Trump’s policies. Hence, the more Trump continues on with his policies based on bigotry, the more it will draw Islām and Muslims closer to the American public.

As Almighty Allāh says in the Glorious Qur’ān,

“But they plan, and Allāh plans. And Allāh is the best of planners.”

“They want to extinguish the light of Allah with their mouths, but Allah will perfect His light, although the disbelievers dislike it.”

Despair not, as hard as it may be to stomach. Trump may actually be good for Muslims and Islām.

7⃣  How Trump changed Americans’ view of Islam – for the better: