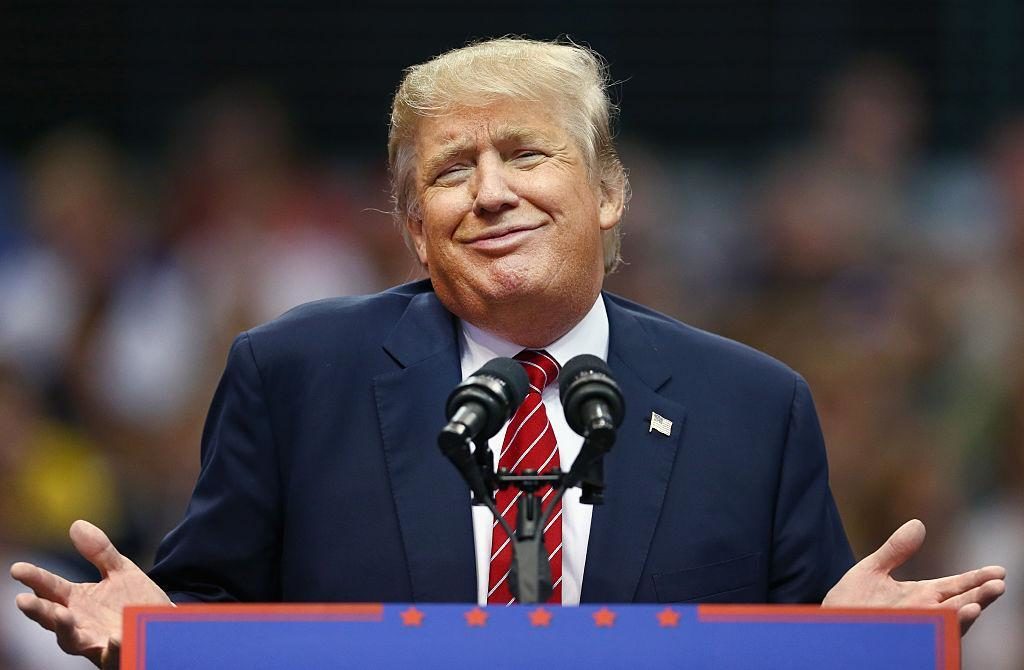 Hillary Clinton claimed Trump was “temperamentally unfit” to be President, and in recent months many people the world over have reached the same conclusion.

Clinton was, of course, Trump’s political opponent, but some psychologists have now started questioning his state of mind.

Until recently, it was illegal for psychologists to assess public figures and talk to journalists about their findings. But this rule has now changed, and mental health experts are speaking out about Trump.

In a bid to warn the public, psychologists are publishing their diagnoses of Trump. Most recently, John D. Gartner said Trump “is dangerously mentally ill and temperamentally incapable of being president.”

He believes Trump shows signs of “malignant narcissism,” which is defined as a mix of narcissism, antisocial personality disorder, aggression and sadism in Campbells’ Psychiatric Dictionary.

Narcissism is in fact one of the most common diagnoses of Trump from psychologists: “Narcissism impairs his ability to see reality so you can’t use logic to persuade someone like that,” clinical psychologist Dr. Julie Futrell told NY Daily News.

“His widely reported symptoms of mental instability – including grandiosity, impulsivity, hypersensitivity to slights or criticism, and an apparent inability to distinguish between fantasy and reality – lead us to question his fitness for the immense responsibilities of the office,” the professors from Harvard Medical School and the University of California wrote to the then President, urging him to order a “full medical and neuropsychiatric evaluation” of the then President-elect.

Just after the election, a group called Citizen Therapists Against Trumpism was created, which was joined by thousands of psychologists. They published a manifesto warning of Trump’s psychosis, citing the following as the signs to fear:

“Scapegoating and banishing groups of people who are seen as threats, including immigrants and religious minorities; degrading, ridiculing, and demeaning rivals and critics; fostering a cult of the Strong Man who appeals to fear and anger; promises to solve our problems if we just trust in him; reinvents history and has little concern for truth (and) sees no need for rational persuasion.”

The American Psychiatry Association has a nine-point checklist for narcissism – if someone displays just five of the traits, they have Narcissistic Personality Disorder:

1 – Has a grandiose sense of self-importance (e.g., exaggerates achievements and talents, expects to be recognised as superior without commensurate achievements).

2 – Is preoccupied with fantasies of unlimited success, power, brilliance, beauty, or ideal love.

3 – Believes that he or she is “special” and unique and can only be understood by, or should associate with, other special or high-status people (or institutions).

5 – Has a sense of entitlement, i.e., unreasonable expectations of especially favourable treatment or automatic compliance with his or her expectations.

6 – Is interpersonally exploitative, i.e., takes advantage of others to achieve his or her own ends.

7 – Lacks empathy: is unwilling to recognise or identify with the feelings and needs of others.

8 – Is often envious of others or believes that others are envious of him or her.

Even Trump’s most ardent supporters might struggle to deny the President displays at least five of those characteristics.

Through numerous interviews and his infamous tweeting sprees, it seems Trump only believes facts that praise him – anything else is ‘fake news’ in his eyes. And according to psychologists, this pathological disconnection from reality is dangerous.

He surrounds himself with people who admire and applaud him, and goes on angry tirades against journalists who enrage him by daring to suggest anything negative about him.

Trump’s team will only tell him what he wants to hear, thus pandering to his narcissistic and sociopathic ways.

“With Trump, he’s a disturbed person who protects himself by building up his ego and tearing down others,” an anonymous psychologist explained to the NY Daily News.

One woman who used to be one of Trump’s construction workers, Barbara Res, emailed the NY Daily News with a story from 1982 when she was working on one of his construction sites. The NY Times had just published an article about narcissism, which one of the team-members brought to work.

“Being the team who was charged with building Trump Tower, we all knew Donald Trump very well, especially myself. To a person, we all agreed that the characteristics outlined in the article fit Donald to a ‘T’. Now, 35 years later, professionals are saying what we knew back then. Only now he is so much worse.”

For a “severe narcissist” like the President, the need to maintain the self-image is so great that he “bends reality to fulfill whatever fantasy about power, wealth, beauty, etc. he maintains” Futrell added.

The Citizen Therapists’ manifesto believes Trump’s egotistical ways are creating “the illusion that real Americans can only become winners if others become losers.”

However some mental health experts believe we should be wary of psychologists diagnosing someone they’ve never met:

The University of Glasgow’s Professor of Psychiatry Daniel Smith told The Independent: “It’s considered not very ethical or good practice to comment on things like this if you’ve never assessed the individual. It’s also important to remember that there’s a difference between personality disorder and mental illness.”

But nonetheless, as more psychologists speak out, the more worrying the situation appears.

Published by The Independent

Share. Facebook Twitter LinkedIn Email Telegram WhatsApp
Previous Article5 Facts You Need to Know about the Quebec Mosque Shooter
Next Article Could Trump actually be good for Muslims and Islam?