Does spying make you feel safer? 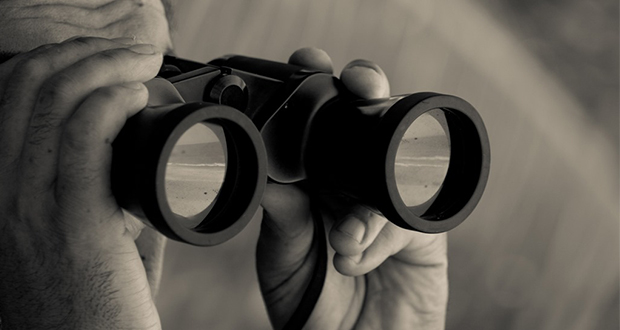 “Let them worship the Lord of this House.Who feeds them against hunger and gives them security against fear.”[1]

Safety and security is an essential need for all of mankind at all levels; for individuals, families and the community at large. It is a basic human right and thus the responsibility and aim of governments to guarantee such safety to its citizens. The UK Government’s articles on Human Rights highlight this right:

“It is a fundamental responsibility of the state – arising from Article 2 of the Convention itself –to take appropriate steps to protect the safety of its citizens.”[2]

“Everyone has the right to liberty and security of person.”[3]

This right to the safety and security of a person is identified as an essential requirement in Islam. Highlighted in the Declaration of Human Rights in Islam is that,

“Safety from bodily harm is a guaranteed right. It is the duty of the state to safeguard it, and it is prohibited to breach it without a Sharia-prescribed reason.”[4]

“The one among you who wakes up secure in his property, healthy in his body and has his food for the day, it is as if the whole world were brought to him.”[5]

True security is proffered as a reward in Islam for those engaged in doing righteous deeds and staying away from transgression. Allah (subhanahu wa ta’ala) states,

“Those who believe, and have not confounded their belief with evildoing — to them belongs the true security; they are rightly guided.”[6]

According to the UK Government’s articles on Human Rights there are exceptional circumstances in which the rights of a person may be restricted. It is stated that,

“Everyone has the right to respect for their private and family life, their home and their correspondence.

This right may be restricted, provided such interference has a proper legal basis, is necessary in a democratic society and pursues one of the following recognised legitimate aims:

But the interference must be necessary (not just reasonable) and it should not do more than is needed to achieve the aim desired.”

Thus governments will often compromise these rights of privacy in order to achieve this security. This attitude is prevalent in today’s British society. However the extent to which these drastic restrictions are being enforced on the freedom and privacy of certain communities makes one question not only the legitimacy of such actions but also whether or not it would make for a safer, more secure community and nation. This questions is further intensified when a whole community is targeted and singled out and suspicion, surveillance and investigation of them is encouraged for citizens at large.

“There is strong evidence that Prevent-funded services are being used to gather intelligence on Muslim communities; to identify areas, groups and individuals that are ‘at risk’ and to then facilitate interventions, such as the Channel programme […] The implication of teachers and youth, community and cultural workers in information sharing undercuts professional norms of confidentiality.”[8]

This ostracisation and vilification of a certain community leads to an unhealthy state under which communities and citizens function, which far from achieving safety and security, in fact spreads paranoia, dissension and fear.

“In a post 9/11 context, Muslims’ responsibilities as active citizens are being increasingly framed by anti-terror measures which encourage internal community surveillance so that the responsible Muslim citizen is expected to work with the authorities to help reduce the risk of terrorism.”[9]

Members of the community have thus voiced concerns that:

“More and more pressure is being placed on our organisation to collude with police needs. We have had a host of requests from the police to collude with them, for example asking us for names of people at meetings.”[10]

“To start with, there was less pressure. Now it is much more about surveillance.”[11]

As for Islam, we have clear instructions from Allah and His Messenger (sallAllahu’alaihi wa sallam) as to how a community should interact with one another.

“O you who believe! Avoid most suspicion, for surely suspicion in some cases is a sin, and do not spy nor let some of you backbite others. Does one of you like to eat the flesh of his dead brother? But you abhor it; and be careful of (your duty to) Allah, surely Allah is Oft-returning (to mercy), Merciful.”[12]

The right of freedom and privacy is paramount to a well-functioning, integrated and safe community in Islam in which suspicion, spying and hatred are rooted out rather than encouraged. The privacy and honour of an individual is sacred and not to be compromised,

“O you who have believed, do not enter houses other than your own houses until you ascertain welcome and greet their inhabitants. That is best for you; perhaps you will be reminded.”[14]

“Whoever listens in on other’s conversations while they do not like that, will have molten lead poured into his ears on the Day of Resurrection.”[15]

This even applies to the authorities in general, as long as actions are not carried out in public or clear proofs of evil intent do not become apparent.

Abdur Rahman b. Awf reported: He would patrol the city at night with Umar b. Al-Khattab (radiyallahu ‘anhu) and on one occasion they were walking when the lamp of a household caught their attention. They approached it until they heard loud voices inside the door. Umar grabbed the hand of Abdur Rahman and he said, “Do you know whose house this is?”He said no. Umar said, “This is the house of Rabia bt. Umayyah b. Khalaf and they are inside drinking wine right now! So what do you think?” Abdur Rahman said, “Indeed, I think we have done what Allah has prohibited for us. Allah the Exalted said: Do not spy (49:12) and we have spied on them.” So Umar turned away and he left them alone.[16]

“Verily, if you seek out people’s faults, you will corrupt them or almost corrupt them.”[17]

These are the blessed teachings that produced the best of communities raised from mankind. A community that was just, united and achieved security. A message for the leaders of our time on the importance of upholding the rights of security of their communities can be found in the remarks of a Roman official visiting the Caliph Umar (radiyallahu ‘anhu). Upon seeing this great ruler sleeping under a tree without any guards he said: