#AleppoIsDying but her people are victorious 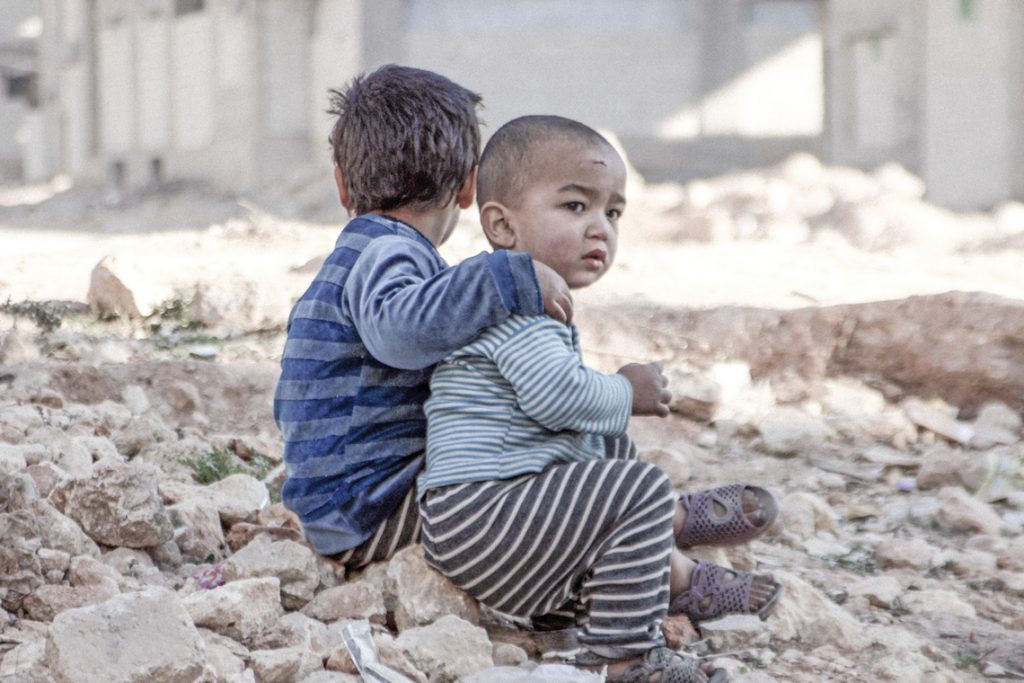 Never in the history of war has the world been able to follow, up close and personal, the lives and the news of people who have suffered during a brutal war.  However, we have watched and read in disbelief as the people have sent their ‘final’ messages from besieged eastern Aleppo.  Whose heart doesn’t bleed following the events of the last couple of days in eastern Aleppo?[1]

The regime’s aerial bombardment, illegal use of chlorine barrel bombs and incessant shelling have facilitated massive territorial gains over the last 24 hours, leaving the rebels to defend a very small pocket of land with an estimated 100 thousand civilians crammed into the remaining buildings.

The streets of the districts and territories that have been taken are littered with dead bodies. Buildings have been reduced to rubble with living people buried underneath and yet there is no one to rescue them. As predicted, there are gruesome reports of countless atrocities being carried out by the regime and its militias. With reports of summary executions of civilians, medical staff and even of children in numerous districts in eastern Aleppo, it is hardly surprising that the civilians have sought sanctuary in rebel held areas rather than move into regime areas.  In fact the regime has even resorted to the ultimate low of using forced conscription of fleeing civilians to fight the remaining rebels.[2]

The UK Parliament yesterday decided to debate the humanitarian disaster unfolding in Aleppo. George Osborne, the former Chancellor of the Exchequer, has stated that he takes his share of responsibility but also went on to say that the Government was “deluding itself” if it did not take responsibility for the slaughter unfolding in eastern Aleppo.[3]

Though better late than never, we do not need the crocodile tears of these politicians lamenting the fact that they could have changed the situation. The truth is that the Muslims of Aleppo now know that no one, no country and no world body has come to their rescue despite the world watching graphic news report after news report of Aleppo. Video appeals and children tweeting for help and support have all fallen on deaf ears. We now know that, as Muslims, we can be starved, gassed, bombed, shot, buried alive and dispossessed and no one will give us a second’s thought – not even our so-called Muslim leaders. Every single type of military ordinance in existence fell and continues to fall on eastern Aleppo yet no one was able to drop a single loaf of bread. In an age that professes human rights and international criminal laws, we, as Muslims, now know where we stand and we will never forget that these rights and laws simply do not apply to us.

News has now emerged of a ceasefire to allow civilians and rebels to leave the besieged city. Such deals are precarious and fraught with many difficulties, not least of which are treachery and a change of mind. This obviously seems to have been the case with militias allied with the regime ignoring the agreed ceasefire and resuming shelling of the remaining besieged areas. However, if it does happen it should mean that the remaining civilians and rebels may be saved, inshāAllāh. This may be deemed as a ‘humanitarian’ gesture by the regime, however, it still constitutes ethnic cleansing and forced displacement, which are regarded as international war crimes.[4][5]

Now, after months of writing, reflecting and praying – the fall of eastern Aleppo is imminent. However, its fall is not a defeat but an immense victory for the Muslims of eastern Aleppo. To the very end, the brave, dignified, honorable and steadfast Muslims of eastern Aleppo fell prostrating to their Lord rather than at the feet of their oppressors. They chose death through resistance rather than be subjected to rape, humiliation, torture and execution. This is the ultimate bravery and dignity. For this reason we salute these brave souls who have fallen with honour and respect, rather than cowering and pleading for mercy from a merciless, heartless and spineless regime and its fanatics.

Their bravery will live long in the memory of those who have followed their messages through social media. Their courage, fortitude and resilience serve as a shining example and inspiration to the rest of the world’s Muslims. We are truly blessed to have had brothers and sisters in Dīn who have taught us a true lesson in etiquette and behaviour during times of persecution and oppression.

We will never forget and we will pray for:

May Allāh bless all the Muslims who stood up against tyranny in eastern Aleppo;

May Allāh grant all the martyrs of Shām the highest abodes in Jannah;

May Allāh recompense all those who suffered, waiting for help and support from their Muslims brethren which never came, with a reward far greater than what they could have ever gained in Dunya.

May Allāh bless the people of Shām, forgive them their shortcomings and raise from amongst them true leaders of the Ummah.

May Allāh forgive us for our weaknesses, our shortcomings and our woefully inadequate help for the people of eastern Aleppo and Shām.