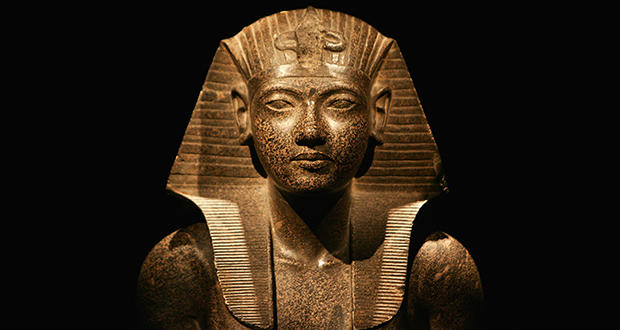 It is ironic that when el-Sisi made a blunder in a speech saying “whoever does not please Allāh we will be with him, aiding and standing by him,”[1] it turned out to be precisely the case. Following the ousting of President Morsi, analysts claimed that the real target was not the Muslim Brotherhood (MB), but that it was part of an agenda to marginalise Islām. This article will explore some of the evidence for these claims, the attitudes of some of the main instigators of the coup and give an indication of what life may entail under a Sisi premiership.

Following the 25th January revolution, there was a perceived acceptance from at least two facets of Egyptian society, the liberals and the “Islamists” surrounding the rise of political Islām. This was supported by the sweeping victories made in the initial elections by the Muslim Brotherhood and “Salafist” Nour party. Political Islām and more specifically the MB won five consecutive ballots: the March 2011 referendum, The People’s Assembly vote, elections for the upper House of Parliament or the Shūrā Council, the historic presidential election and finally the referendum under Morsi’s presidency for the changes to the constitution[2] [3] [4] [5]. However since the betrayal of Morsi, the blood, honour and wealth of Muslims have become desecrated, as have the sacred months (Dhul-Qa’da, Dhul-Hijja, Muharram, and Rajab).

Corpses have been burnt and mass graves dug to bury evidence of the mass killings that took place on the 14th August[6] [7]. Mosques have been closed down and burnt to the ground, Islamic charities closed down and assets frozen with recipients told to go to the Church instead, and whilst Islamic channels have been shut down, liberal and Christian ones remain open[8] [9] [10].It appears that this is more than just a tribulation (Fitna), to which the opinion of pessimists (and some scholars) is to stay at home and abstain from taking sides in but indeed this has the hallmarks of being a battle between truth and falsehood.

Consider the statement made by Nabil Fahmy, the Foreign Minister, where he said: “The problem with Morsi was not about him being a good or bad president in terms of efficiency. If that was the case we would have waited the three or four years. The problem was that he wanted to change the political face of Egypt”. Later on in the interview, just to clear up any confusion he clarified, “Morsi was trying to lead the country towards an Islamist face and that was the problem”[11]. Couple this with the statement made on live television by senior judge, Ahmad al-Zind, appealing to Obama saying “Where are you? If you don’t know what is happening (i.e. the M.B rule) then it is a disaster, and if indeed you know, then the disaster is even greater.”[12] Thus, the motives behind this betrayal leave no room for doubt. Finally, ponder the comments made by the leaders of the Tamarod movement—the instigators of the grassroots movement to overthrow Morsi—who said: “Fascism began with the conquest of Makkah 1400 years ago.”[13]

This coup that has robbed the nation of its democratic choice, Mohammed Morsi, was orchestrated by the then defence minister Abdel Fattah el-Sisi (otherwise known as “The Pimp”)[14] who has now put himself forward as a presidential candidate[15]. Although he had many times said that he had no political intentions, his claimed motivation for doing so was because of a ‘mandate from the Egyptian people.’ It is hugely likely that he will get the majority he needs thanks to a large following within Egypt and the patented Egyptian electoral process. It is now beyond doubt that under the guidance of el-Sisi so far, Egypt has reached a level of Fujūr, or profound immorality and corruption not even seen under the Mubarak regime. Indeed it is a level not reached since the days of the Pharaohs. Consider this verse in Sūrat al-Qasas where Allāh describes Pharaoh’s actions and states:

“Indeed, Pharaoh was tyrannical in the land and made its people into factions, oppressing a sector among them, slaughtering their sons and enslaving their females. Indeed, he was of the corrupters.”[16]

The parallels between the actions of the Pharaoh and el-Sisi are uncanny. The latter has become despotic and has turned people against each other by splitting them into factions. He tricked Egyptians to hold mass protests to give him a decree to crush the likely ‘terrorism’ that would engulf the country following his treachery. Shortly after, and with the mandate of a portion of Egyptian society, the massacres of Rabaa al-Adawiya and al-Nahda left over 2000 civilians dead where marksmen deliberately sought out the sons and daughters of the MB leadership.

From an Islamic, social and economic perspective the future of Egypt seems miserable. In recent publicised leaks of el-Sisi, he is heard and seen saying “so what if one or two generations are oppressed for stability?”[17] He further goes on to say that financially, Egypt is on the brink and that citizens should give up a month’s salary for the sake of the country[18]. Welcome to the new Egypt: an Egypt where in celebration of mother’s day, Fifi ‘Abdo, an infamous pseudo lap-dancer is presented the ‘Exemplary Mother of the Year’ award[19]. An Egypt where atheism is discussed on prime-time TV with no regard to the Fitnah this may cause to the masses and where one of the few “Islamic” preachers afforded a platform to speak claimed that el-Sisi and Interior Minister, Mohammed Ibrahim, are prophets sent from Allāh, like Mūsā and Hārūn[20]. An Egypt whose de-facto constitution has removed articles that forbid the insulting of any of the Prophets or Messengers, removed the article that encourages the establishment of charitable or Islamic endowments, calls for the dissolution of any party formed on a religious basis whilst paradoxically claiming to guarantee “absolute” freedom of belief. [21]

The evidence that there is a wider agenda to marginalise Islām is quite clear. For anyone still in support of the military coup, it is important to note that scholars are in unanimous agreement that the approval of a sin is a sin and that the approval of Kufr is Kufr. This is based on the hadith narrated by Abū Dāwūd on the authority of al-’Ors b. ‘Omyra that the Prophet salla Allāhu ‘alayhi wasallam said:

Given the current situation, one must always remember that the way of Allāh in this world is to test the believers. Allāh states in the Qur’ān at the beginning of Sūrat al-‘Ankabūt:

“Do people think that they will be left alone because they say “we believe” and not be tested? And we did indeed test those before them; Allāh will certainly make it known the truth of those who are true, and falsehood of those who are liars.”[23]

We need to be certain that the religion of Allāh will be victorious. Whether it is with or without us does not matter, what matters is that Islām triumphs. We must not lose sight of the fact that the outcomes are in the Hands of our Lord, our duty is to stay on the right path; certainly the real meaning of success is to remain on this path throughout our lives.