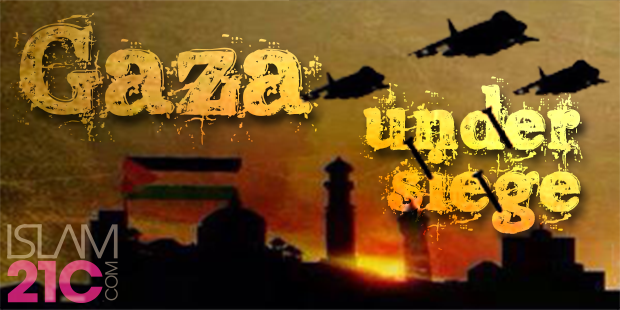 This page is dedicated to providing a range of daily updates highlighting and analysing the Zionist-Israeli terrorism on the people of Gaza. Please send us more relevant daily content from the web via the comments below.

– Israeli military analyst: Palestinian resistance did what Arab armies could not do

– Venezuelan President: Netanyahu is the Herod of modern times

– Hamas will not accept solutions that touch resistance weapons 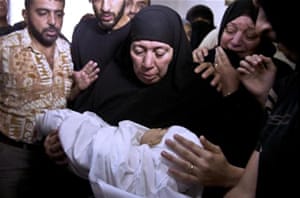 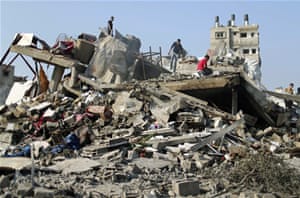 – Tutu pleads to Israelis, liberate yourselves by liberating Palestine

– Majority of Israelis: The force used by the army in Gaza was not excessive

– Wife and son of Qassam commander killed in Israeli attack

– Haaretz: ‘No doubt that Egypt stands with Israel’

– No to disarming the resistance

– From Goldstone to Schabas… where is the justice for the Palestinians?

– Hamas: EU’s boycott of Israeli products is a step in the right directions

– Israeli forces prepare to resume war on Palestinians in Gaza

– UN official calls for an investigation into strikes on UNRWA schools

– Capturing Truth: Israeli occupation and images of the oppressed

–  Reactions from leading experts on latest UN Commission on Gaza

– On the UN and war in Gaza

– Talks for a ceasefire between Israel and Palestine need more time

Al Jazeera – Why Latin American leaders are standing up to Israel

– Haniyeh: No permanent ceasefire without an end to the siege

– Boycott of Israel garners momentum in the West

– Tens of thousands march in London in support of Gaza

–  Hamas: Europe’s solidarity with Gaza ‘yet another setback for Israel’

– Calls for Netanyahu to resign over Gaza war policy

– What would you do if your country was occupied by a foreign army?

–  Palestine will not withdraw their complaint to the ICC

The Guardian – Why are the Arab Gulf countries silent on Gaza?

Al Jazeera – Lessons of the conflict of Gaza

– Video: Palestinian resistance in Gaza is “fighting for all of us,” says Dr. Mads Gilbert

– Power to the people: Extending the Israel boycott

– Offensive on Gaza in numbers

– Gaza losses $300m due to destruction of factories

– Don’t look elsewhere for the Third Intifada, because you’re it

– Israel is a Frankenstein monster of America’s militaristic society

– Before and after: satellite images of destruction in Gaza

– Hundreds protest in Vienna against the Israeli aggression in Gaza

–  OIC calls on member states to reconsider relations with Israel

– Gaza: No place to bury the dead

– Egypt and the Palestinians: Friends or foes?

– In Pictures: US march against Israel’s war

– The superhumans of Gaza

–Israeli occupation carried out 72 attacks on journalists in Gaza

The Guardian –    Inside the tunnels Hamas built: Israel’s struggle against new tactic in Gaza war

–US senate blocks aid to Israel

– Israeli soldier: ‘I killed 13 childrens today and ur next muslims’

– Israel will not return to fight Gaza

–  10 children killed in shelling of a park in Al-Shati Camp, Gaza

The Decree Upon Israel – For Killing #FREEPALESTINE

Memo Middle East Monitor – Davutoglu: We support Hamas because it embraces the Palestinian cause

The children of Gaza I Channel 4 News

Truth Dig –  Did Israel Go Too Far? The Massacre at the U.N. School/ Refugee Center (Video)

Al Jazeera – Palestinians will not ‘raise a white flag’

The Lancet – An open letter for the people in Gaza

Memo Middle East Monitor –The Siyam family: Fled the bombing of their area only to be massacred by Israel elsewhere

Memo Middle East Monitor – Hamas to the world: Gaza has decided to break its siege

Polity – Statement by Office of the ANC Chief Whip, on the situation in Gaza

Channel 4 News –  ‘The Israeli military does not target civilians’

The Guardian – Witness to a shelling: first-hand account of deadly strike on Gaza port

Al Jazeera – Israel threatens to step up Gaza campaign – Netanyahu warns Israel will intensify offensive after Hamas says it was not consulted on Egyptian truce proposal.

The Guardian – The slaughter in Gaza will not defeat Hamas

Al Jazeera –How is started in Gaza

Youtube – Bombing of the Nawfal family home in Gaza

Youtube – Warning explosion. Followed by demolishing of house in just a minute

Aljazeera – Palestinians fear ‘no place is safe’ in Gaza

Youtube – Civilian attack on Gaza,on the 11th of Ramadan